Called the "LUKE Arm," named after Luke Skywalker from Star Wars, it is the most advanced prosthetic arm in existence after nearly 10 years of fine tuning. Electrodes placed on the area of attachment for the limb read what the muscles intend to do, and translate that into mechanical motion for the arm. This is unlike many robotic prosthetics which use a method of reading muscle flexing from the user through unrelated, yet controllable, muscles. However, to enhance usability, the arm can also function with a sensor placed in the user's shoe, according to Science Alert.

“Up to this point, design in prosthetic arms has been limited to incremental changes. We developed the LUKE arm to change the game for amputees – creating an innovative, integrated system that offers greater functionality and independence to our wounded warriors and other amputees. " ~ Dean Kamen, President of DEKA. 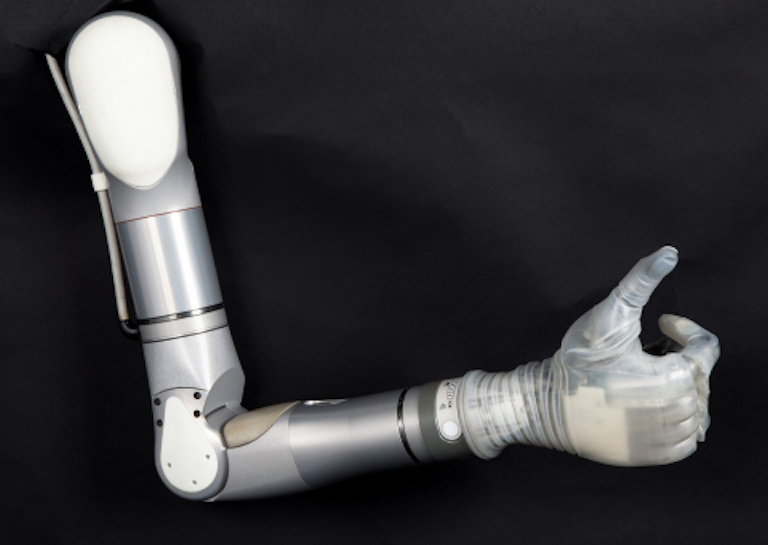 What sets this system apart from the rest is the varying degrees of flexibility. The shoulder, elbow and wrist can all be controlled individually giving the user practically the same degrees of freedom as an actual limb. The hand of the arm is also fitted with finely tuned touch sensors that can relay force back to the user through electrodes.

“Working one-on-one with the amputees and learning what they liked and didn’t like about using prostheses proved invaluable to our product development process. Thanks to their insight and input, we have been able to construct the most advanced FDA-cleared design that the world of upper-limb prosthetics has seen to date.” ~ Dean Kamen, President of DEKA.

The device isn't going to come cheap, as it comes in with a whopping price tag of about US$100,000. As the LUKE arm is the most highly advanced prosthetic to date, it gives great indication to the sheer level of prosthetic technology we will be able to implement in the future.