Mimicking animals has long been the approach of many roboticists as they try to perfect the mechanical movements of a machine ultimately based off of biological processes. A new salamander-like robot called the Pleurobot seeks to be the most anatomically correct and representative robot of an animal to date, and its movements are mesmerizing. The mechanical design was developed from the tracking of over 64 points on real salamanders as they traversed various terrain. This gave engineers at Bio Robotics the ability to mechanically imitate the skeleton of the amphibious creature. All movements of the Pleurobot have been developed to anatomically accurate to 3 dimensions to real salamanders. The video below gives a closer look.

"We recorded three-dimensional X-ray videos of salamanders, Pleurodeles waltl, walking on ground, walking underwater and swimming. Tracking up to 64 points on theanimal’s skeleton we were able to record three-dimensional movements of bones in great detail." ~ Bio Robotics

As an overall goal, the research project is seeking to establish the process of mimicking animal function by point tracking actual behavior. Instead of developing one singular robot, the team has worked to develop a methodology that can inspire the creation of future designs.

Beyond the overarching methodological approach, the Pleurobot itself is a feat in and of its own. Featuring a waterproof skin and a low center of gravity, the robot can swim and navigate rough terrain without losing its balance. Below, you can take a look at some of the methodology developed through the process of creating the Pleurobot. 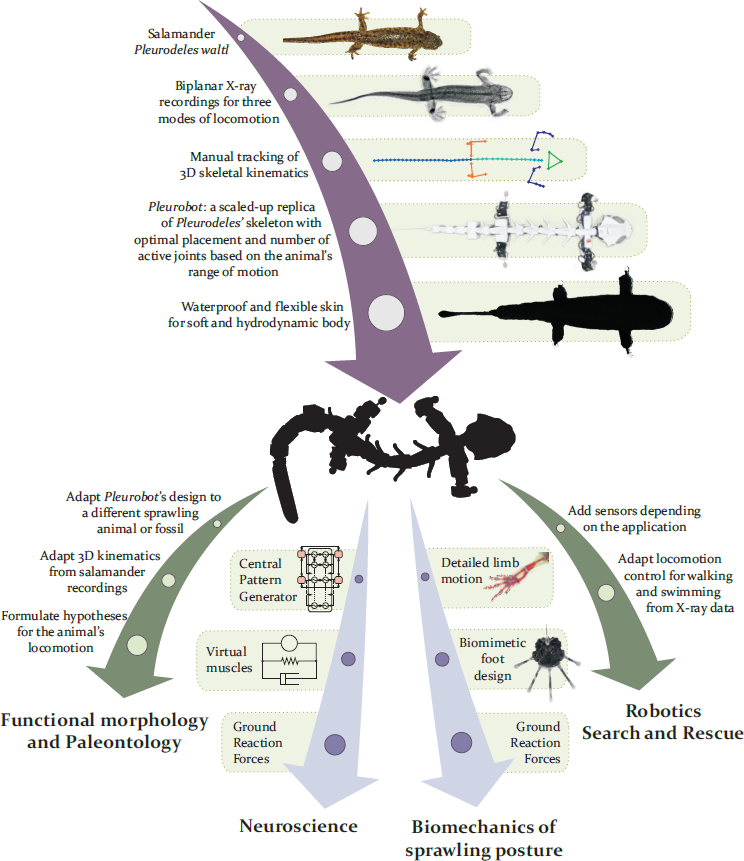 This research project has received funding from National Center of Competence in Research (NCCR) in Robotics and from the Swiss National Science Foundation, according to Bio Robotics. Of all of the impressive features developed through this salamander robot, it contains 27 individual points of freedom, allowing flexibility seen in no other robotic device.

"Our aim is to demonstrate how Pleurobot’s design methodology, along with recent methods for robotic production, may yield fast and cost effective platforms able to become a physical interface for: i)neuroscientists, ii) biomechanists, functional morphologists and paleontologists and iii) roboticists." ~ Bio Robotics 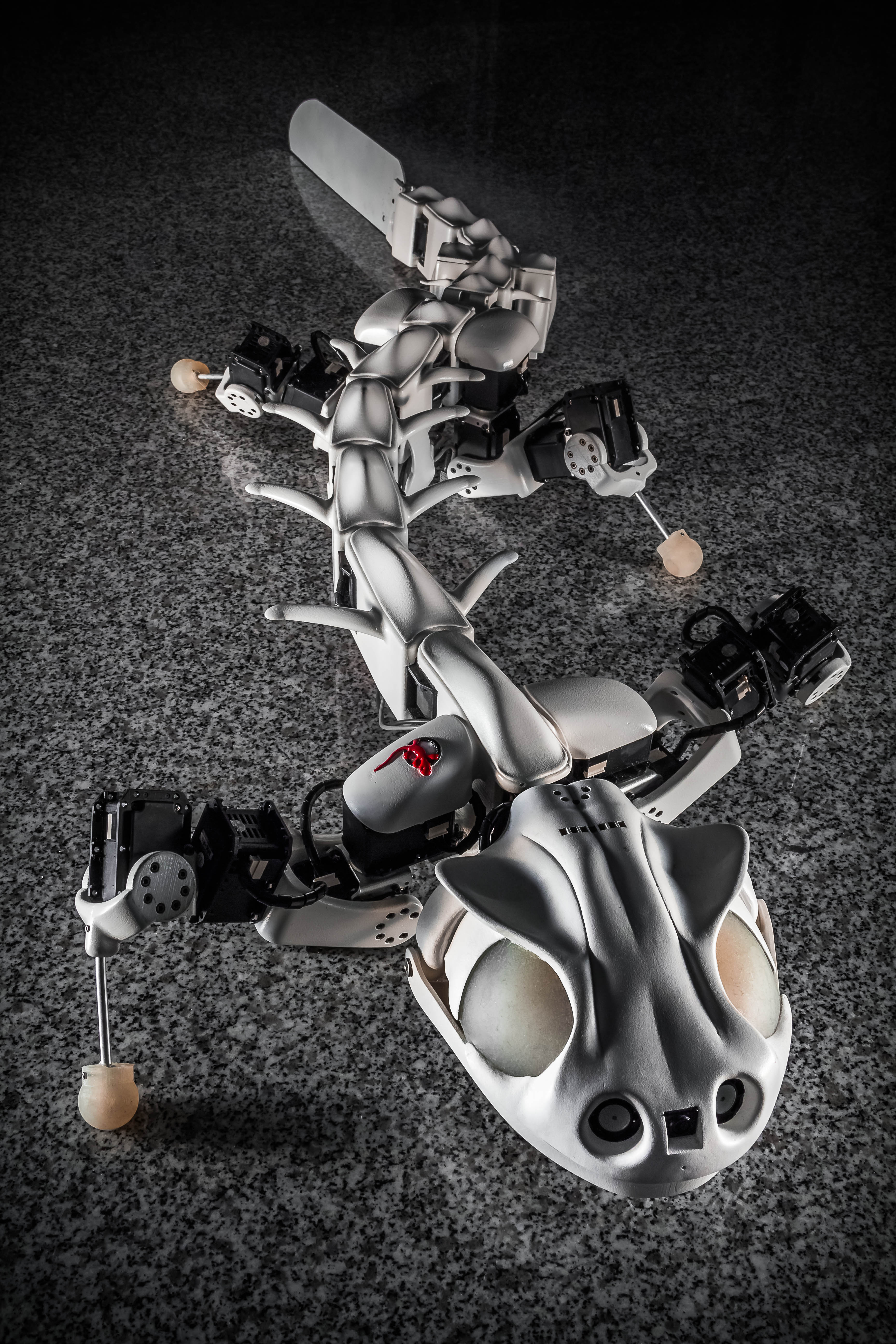 If you are interesting in viewing more of the team's work you can see their own discussion about it here. In a sense, seeing a robot attain the level of life-likeness that the Pleurobot has is scary, but it is also indicative of the future of bio-robotics.