Dartmouth engineers have created a new sensor to capture better photos. QIS systems could be the answer to all your low-light photography problems.

Who doesn't love taking a great photo? Since the creation of the modern smartphone, almost anyone can take a photo anywhere they would like. We even have an entire app culture dedicated to the creation and editing of photos. The standard and professional cameras that your photographer friends use have also seen some major advancements. Going from film to pure digital has caused photography to create some of the most vivid, and colorful images in history. What is the next step in photography? Quanta Image Sensor, or QIS, will be a game changer. 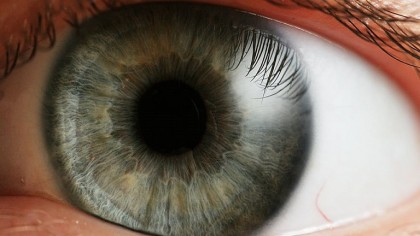 How Do You See?: The Secret of Light

The Next Steps in Image Technology

An innovative team of engineers, from Dartmouth’s Thayer School of Engineering, have just unveiled a new image technology called Quanta Image Sensor, that could potentially revolutionize the way capture images. It does not stop there, the new technology could revolutionize other industries like scientific imaging, medical imaging, space imaging, security, and defense, augmented reality, and cinematography.

How Does QIS Work?

If you were a photographer looking to capture the perfect moving object at night, that task would be very difficult. Not impossible, but very tricky and occasionally, frustrating. With the Quanta Image Sensor, you will be able to do this easily. QIS would provide "...a  resolution of 1 billion or more specialized photoelements (called jots) per sensor, and to read out jot bit planes hundreds or thousands of times per second resulting in terabits/sec of data." says the Dartmouth team.

Basically, the Quanta Image Sensor would be able to capture single photons at room temperature. The QIS technology can capture or count the lowest level of light in a room, or any other environment, with astounding resolution. The engineering team describes the process stating, "The work involves design of deep-submicron jot devices, low-noise high-speed readout electronics, and novel ways of forming images from sequential jot bit planes at both the modeling and the simulation level and the characterization of actual devices and circuits".

QIS will have so many potential applications and could help push forward multiple industries across the globe. For example, QIS will help astrophysicists detect and capture better signals from celestial objects far out in the darkness of space. Researchers, in the life sciences, could also benefit from the Quanta Image Sensor technology. QIS could help these researchers get a better visualization of cells under the microscope.

Who knows, QIS technology could be a part of our daily products. The good news about the Quanta Image Sensor is that it is commercially accessible, inexpensive, and compatible with mass-production manufacturing.