The little marvels of engineering that can be found in everything from our phones to musical greeting cards just got a major upgrade in design capability.

Piezoelectric materials are little marvels of engineering that can be found in everything from our phones to musical greeting cards due to their ability to generate an electric charge in response to applied mechanical stress. However, they have their limitations.

The highly-useful and popular materials come in just a few defined shapes. Furthermore, they consist of brittle crystal and ceramic that need a clean room to manufacture.

Now, thanks to a novel technique out of Virginia Tech, the material will be able to be 3D printed in ways that will not restrict them by shape or size.

"Piezoelectric materials convert strain and stress into electric charges," Xiaoyu 'Rayne' Zheng, assistant professor of mechanical engineering in the College of Engineering, and a member of the Macromolecules Innovation Institute, explained.

"We have developed a design method and printing platform to freely design the sensitivity and operational modes of piezoelectric materials." 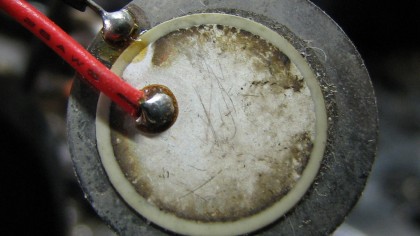 "By programming the 3D active topology, you can achieve pretty much any combination of piezoelectric coefficients within a material, and use them as transducers and sensors that are not only flexible and strong, but also respond to pressure, vibrations and impacts via electric signals that tell the location, magnitude and direction of the impacts within any location of these materials."

Zheng's team designed a set of 3D printable topologies that allow the material to generate electric charge movement in response to incoming forces and vibrations from any direction. Unlike previous piezoelectrics where the electric charge was determined by intrinsic crystals, the novel method allows users to prescribe the voltage responses to be magnified, reversed or suppressed in any direction.

Zheng's team achieved this by producing substitutes for the intrinsic crystals that mimic them while allowing for the lattice orientation to be altered.

"We have synthesized a class of highly sensitive piezoelectric inks that can be sculpted into complex three-dimensional features with ultraviolet light. The inks contain highly concentrated piezoelectric nanocrystals bonded with UV-sensitive gels, which form a solution - a milky mixture like melted crystal - that we print with a high-resolution digital light 3D printer," Zheng said.

"We can tailor the architecture to make them more flexible and use them, for instance, as energy harvesting devices, wrapping them around any arbitrary curvature," Zheng said. "We can make them thick, and light, stiff or energy-absorbing."

The resulting materials also have sensitivities 5-fold higher than flexible piezoelectric polymers, allowing them to be produced in a scale ranging from a thin sheet of gauze to a sturdy block.

"We have a team making them into wearable devices, like rings, insoles, and fitting them into a boxing glove where we will be able to record impact forces and monitor the health of the user," said Zheng.

"The ability to achieve the desired mechanical, electrical and thermal properties will significantly reduce the time and effort needed to develop practical materials," said Shashank Priya, associate VP for research at Penn State and former professor of mechanical engineering at Virginia Tech.