The mission to colonize Mars is an ongoing project for many aerospace companies such as Mars One and Elon Musk's case on making humans a multi-planetary species. With these organizations' research to construct high-tech human settlements on Mars, it seems like plenty of novel materials must be developed in order to satisfy Mars' planetary conditions. However, a latest scientific discovery on making bricks using Martian soil could lead the alien settlement research frontier. 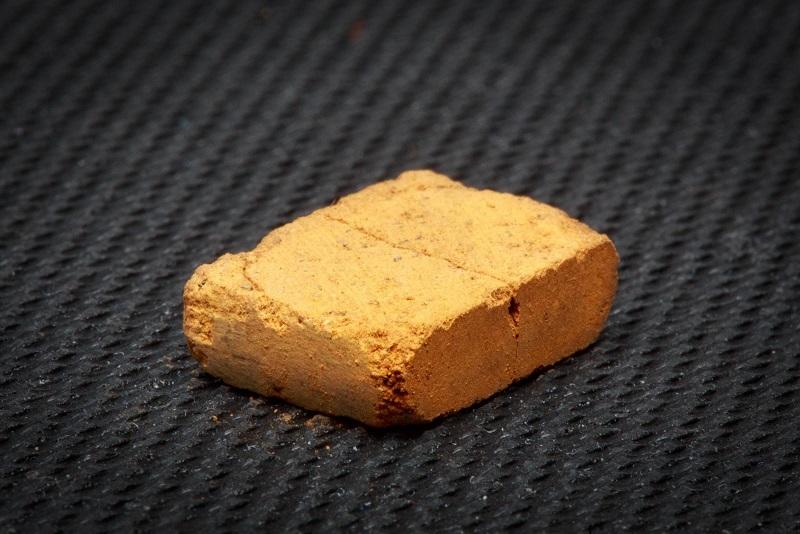 Researchers from the Jacobs School of Engineering of the University of San Diego, with NASA's funding, have accidentally discovered how to make high-strength bricks using simulated Martian soil based on the known compositions. It would take minimal resource for astronauts living on Mars to make this brick material, unlike previous schemes that include a nuclear-powered brick kiln or complex chemical manipulation to convert organic compounds found on the alien planet into binding polymers. Although the use of Martian soil to build human habitats are not a new concept, this research project is still the first to venture in this field of study.

The researchers were originally attempting to reduce the number of polymers needed to mold Martian soil into bricks when they discovered that none was required in the first place. They found two key steps into making Martian soil simulant, called Mars-1a, into bricks without having to bake the material, and without the need for additives and heating. First is to place the soil stimulant into a flexible mold or container, in this case, a rubber tube. The second is to compress the stimulant at a significantly high-pressure equivalent to dropping a 10-lb hammer from a one-meter height. The method was able to produce a small, round brick that can be cut into square shapes. 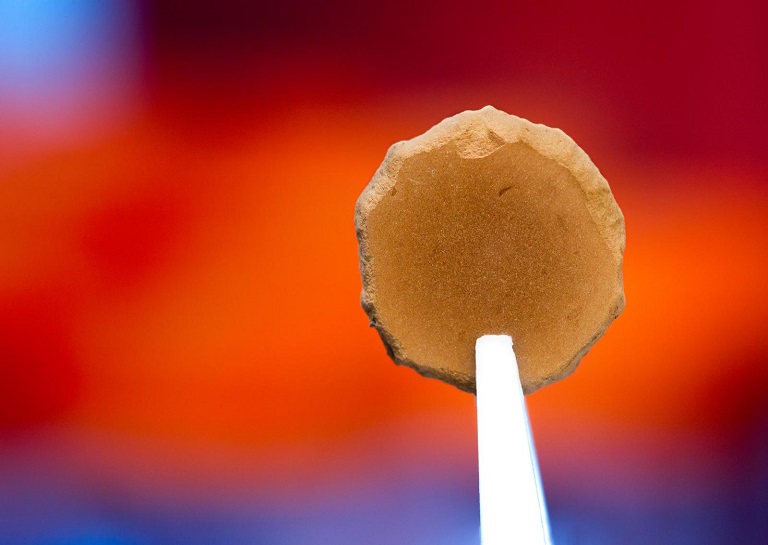 The engineering team identifies nanoparticulate iron oxide (npOx), the particles that give Mars its iconic reddish hue, as the binding agent. Using various scanning tools, they were able to explore the stimulant's structure and discovered that the nano iron particles coat the stimulant's larger rock basalt particles. These iron particles have a smooth, flat facets which effortlessly bind to one another when pressurized. 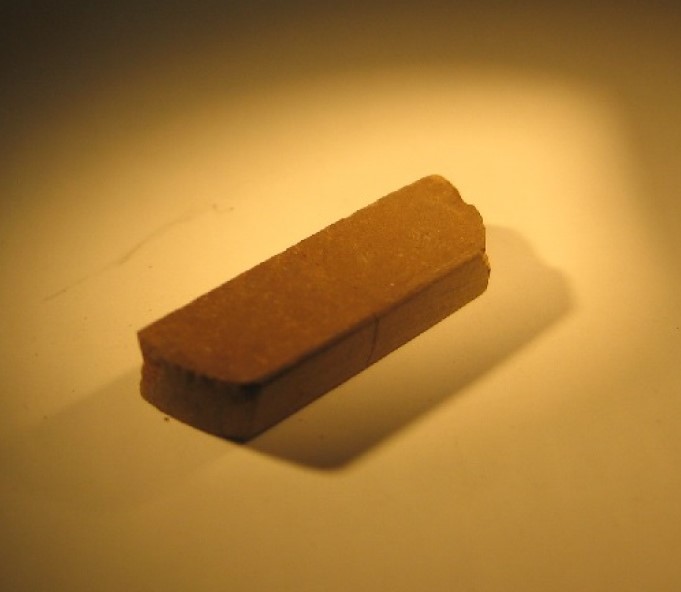 Yu Qiao, the research leader and professor of structural engineering at UC San Diego, explains his role in potentially becoming one of the first immigrants to Mars.

"The people who will go to Mars will be incredibly brave. They will be pioneers. And I would be honored to be their brick maker".

Perhaps the most striking attribute of this Martian brick is that it is a high-strength material, even without reinforcing bars, that surpasses the strength capacity of steel-reinforced concrete.

The engineers working on the project said that the method they have discovered may be compatible with additive manufacturing. This entails astronauts building a structure by laying a layer of soil and compressing it. The process will have to be repeated multiple times in order to build the desired structure. The team's next intended research is to increase the size of the processed bricks.

With the race against time to colonize and inhabit Mars, this type of discovery could fast-track our civilization's endeavors. The latest official promise to send a manned mission to Mars by 2033 is a Congress bill signed by President Trump earlier this year.

The published paper on this research project was published in Nature.