It's no secret that one of U.S. President Donald Trump's biggest campaign promises was building a wall between the United States and southern neighbor Mexico. The wall to keep out "bad hombres" has been estimated by most to cost over $25 billion. These estimates are double what supporters of the wall like Senator Mitch McConnell estimated between $12 billion and $15 billion. The border between Mexico and the US spans 2,000 miles and runs beneath four U.S. states. By comparison, the Berlin Wall spanned just 96 miles to separate east and west Berlin. It cost roughly $25 million in 1961, or $200 million when one accounts for inflation.

Trump even noted on the campaign trail:

"I would build a great wall, and nobody builds walls better than me, believe me, and I'll build them very inexpensively — I will build a great, great wall on our southern border. And I will have Mexico pay for that wall. Mark my words."

The Trump administration wants to start on construction, even if Mexico won't actually pay for it. Well, President Trump, the words have been marked by several engineering groups. They answered the call posted on the Federal Business Opportunities website.

Here are some of the best submissions: 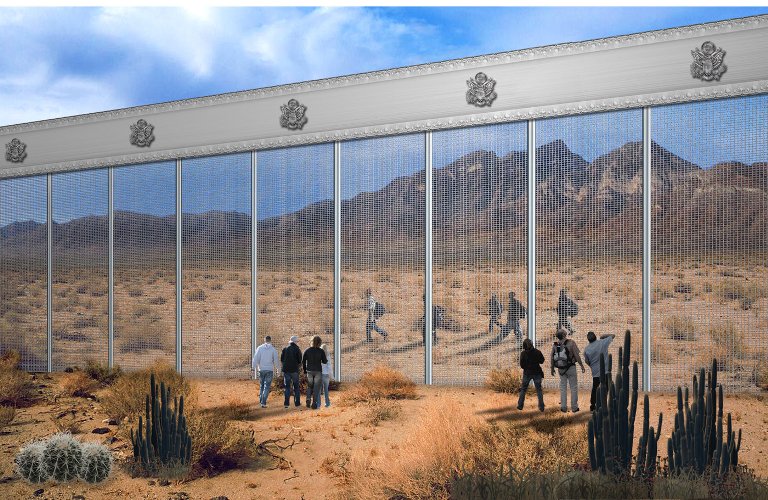 The Fort Worth-based Penna Group went with a trendy, maximum security prison vibe. The high-density steel allows for visibility while managing to withstand pickaxes, torches and other weaponry. However, it is not a fence. Trump said he didn't want a fence, and thus, this mesh wall is solely a wire wall. The side facing the United States will have the national Seal so that anyone looking at the wall knows on which side they're standing.

The Great Wall of Mexico/USA/China(?) 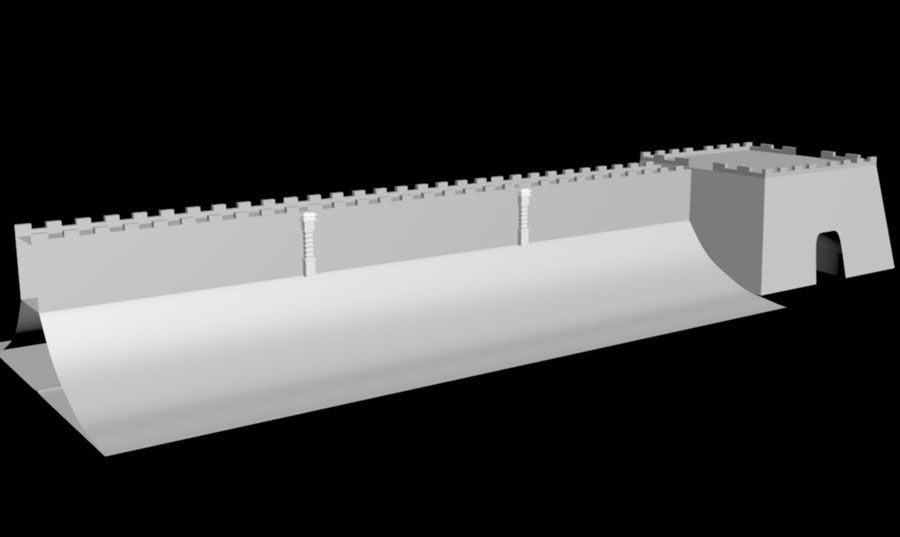 We don't really know who gets the credit for inspiring this design. Clearly, the Chinese are known for building pretty big walls. Could it succeed? Well, given that the man who designed it has very little construction knowledge as detailed in a Chicago Tribune profile, we don't know. (Designer Michael Hari is a former sheriff's deputy who most recently ran a food safety company.) However, Trump always looks to compete with China when he's not blaming them for climate change. It could gain traction among the Trump administration. 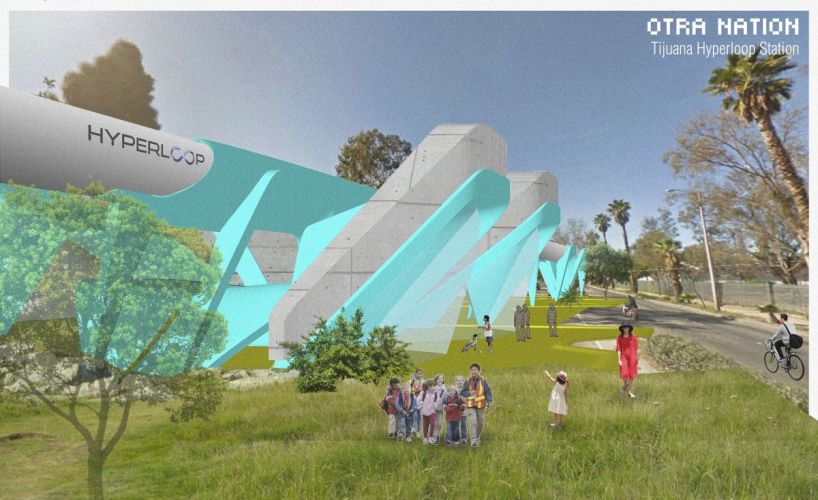 Why engineer to separate when you can engineer to unify? That's the logic behind Otra Nation, a project proposal from MADE Collective. The slogan details the proposal's mission: "unite North America with the world's first shared co-nation." The system would replace the preexisting checkpoints with an extensive Hyperloop networks. 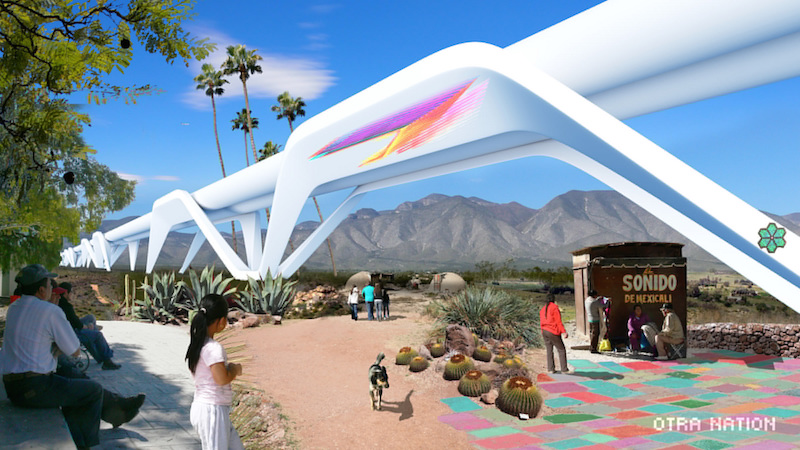 "Since the end of WWII the planet has seen a ten-fold increase in physical borders," the company said. "These visual scars are deeper still when nations share a rich and vibrant history together. Mexico and the United States have always prospered when they see each other's strengths by working together." 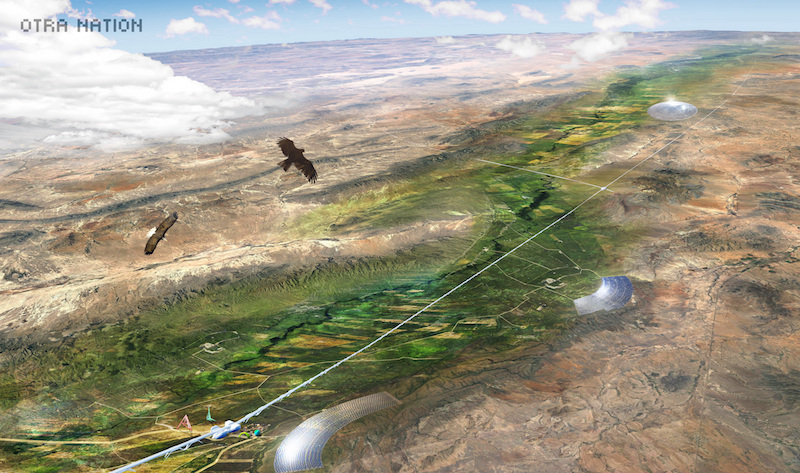 In total, the proposal comes in at the GOP's promised price point of $15 billion AND it serves as a realization of Elon Musk's Hyperloop One project? Since Musk serves on Trump's advisory committee, maybe he could talk him into this one...? 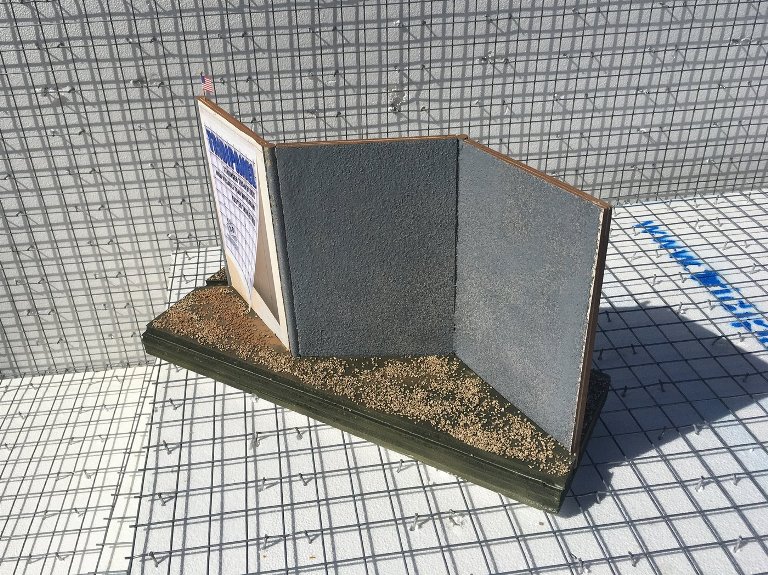 This one makes the list only for its namesake. Rod Hadrian seems destined to submit a proposal, as the designer shares a name with the famous Roman emperor who built the wall marking off the empire. However, Rod Hadrian's proposal lacks the distinct turrets and milecastles that the Roman emperor used. Hadrian Construction Company's design uses a zig-zag shape, which the designer said will ultimately reduce construction costs by making a stronger wall with fewer materials.

The Lighthouses, The Pipe Organs and the Hammocks

All three of these ideas aren't what President Trump had in mind. However, we're a fan of these three ideas. The first involves a wall of ominous-looking lighthouses. The next is a semi-continuous divider of millions of pipe organs. In order to cross, people have to play at least two minutes of whatever they wish on the organs. These ideas come from Jennifer Meridan, who originally uploaded her thoughts to Instagram. She told the Wall Street Journal that Trump's idea is "preposterous for so many reasons."