It seems now that energetic materials production is another area that 3D printing is entering.

3D printing and the impressive array of technology supporting it are changing our fundamental perception about the limits of materials and manufacturing, each bold new application expanding the possibilities even further.

Incredibly diverse in scope, they range from enhanced innovations in reconstructive surgery to metal 3D printing platforms that promise to have a deep impact in the automotive industry. 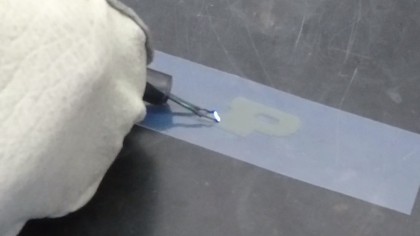 Now, researchers are employing the technology to produce energetic materials :

(2) in a way that creates a lighter environmental impact, and most importantly,

(3) in a more precise and cost-effective way than with traditional methods.

Energetic materials include a range of creations, some of which include explosives, pyrotechnics and encompassing materials.

Purdue University even organizes a biennial summit for stakeholders in academics, defense, and security to discuss their potential.

Led by Purdue University Professor of Mechanical Engineering Jeffrey Rhoads and Emre Gunduz, former Purdue research assistant professor, the team came up with a technique that essentially allows the printer to produce clay-like materials with a thick and sticky consistency.

Specifically, three piezoelectric printers were employed. They were created with the aim of "evaluat[ing] based on their robustness to energetic ink solids loading, drop formation reliability, drop quality degradation over time, and the energetic performance of the deposited material."

With each round of printing, aluminum copper (II) oxide nanothermite was used, and in the process, the researchers were able to create something like an assembly line operation.

Rhoads described it very colorfully: "It's like the Play-Doh press of the 21st century."

"We have shown that we can print these energetic materials without voids, which is key," Rhoads also said in evaluating the outcomes.

"Voids are bad in energetic materials because they typically lead to inconsistent, sometimes catastrophic, burns."

The Benefits Keep Piling Up

Yet another area in which the technique paid off for the team was allowing them to produce the materials without the use of solvents for obtaining viscous results, which also, in turn, adds validity to the team's safety objectives.

"Some of these processes literally use a ton of solvents that we don't need," Rhoads said, underscoring the higher level of efficiency the process gaurantees.

In order to create the best platform for their work, the team decided to embark on a startup venture, named Next Offset Solutions Inc. in order to have the facilities needed to carry out their work.

The remote operation capabilities of the printer setup also grant the researchers greater flexibility and increase safety even more.

"You don't have to have a person there interfacing with the system. That's a big advantage from the safety standpoint," Rhoads explained.

In other words, the scientists have really hit a home run, both in terms of achieving their research aims and showcasing what 3D printing can do.

Details about the study appear in a paper, titled "Selectively-deposited energetic materials: A feasibility study of the piezoelectric inkjet printing of nanothermites", which was first published in August in the Additive Manufacturing journal.