Carbon dioxide will soon become a commodity as a Swiss Company launches its venture to remove CO2 from the atmosphere and transform it into useful products this month. Possible products include fertilizers for greenhouse based agriculture. Climeworks, the company behind the idea is ambitiously planning to scale its radical technology to meet its goal of removing 1 percent of the global annual carbon dioxide emissions by 2025.

There has been no successful testing of large-scale removal of carbon dioxide from the earth's atmosphere to date, but with the devastating effects of climate change due to increased CO2 already visible, the time is now for radical technological experimentation.

Looking like a cross between a bank of air conditioners and a spacecraft the Climeworks CO2 capturing plants work by sucking large amounts of air into them. The atmospheric carbon within the air is then chemically bound to long-lasting filters. Once these filters reach CO2 capacity they are heat treated and the CO2 is released and captured as a concentrated gas. The C02 free air is released back to the atmosphere. While some climate experts believe this kind of technology should not generate any negative emissions which include CO2 storage, Climeworks co-founder Christoph Gebald said the company’s carbon capture plant can be used for carbon sequestration. 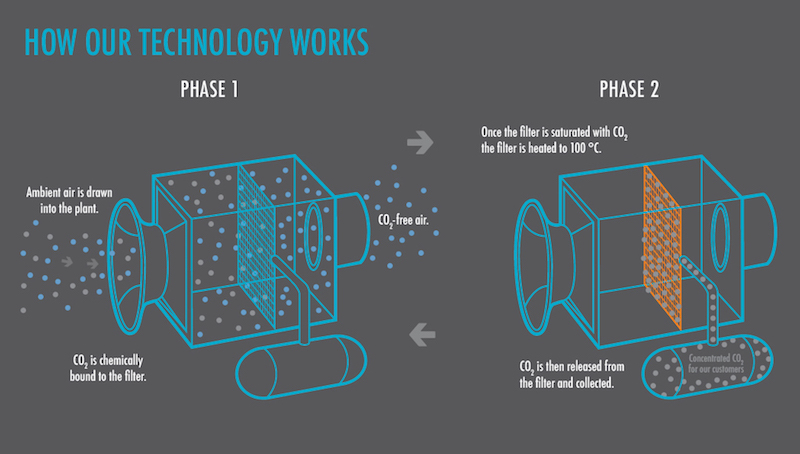 More pickle with that?

The first use of the captured CO2 will be as fertilizer for the production of tomatoes and cucumbers in greenhouses in Hinwil, Switzerland.  Helping grow our favorite pickle ingredients is just the first step for the ten-year-old company who will work together with industry and government to fulfill commitments under the Paris Climate agreement. 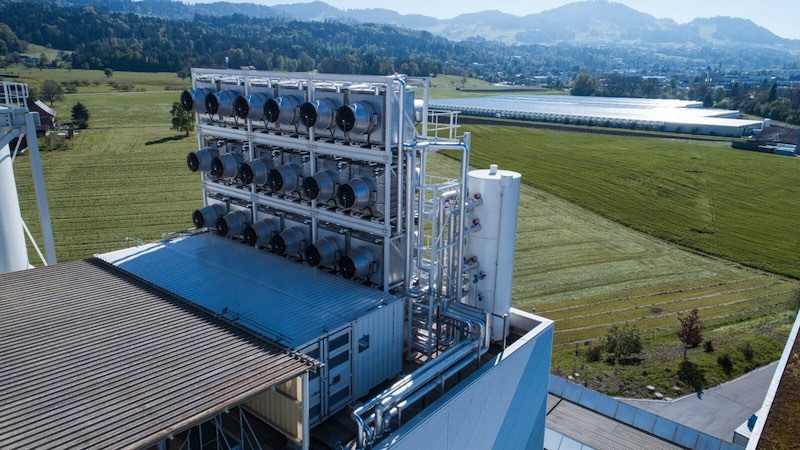 The first plant will be established outside of Zurich, Switzerland with 18 carbon dioxide collectors being installed on the roof of a garbage incineration plant.

The current plant has the capacity to capture 900 tonnes of carbon dioxide a year -- equivalent to the annual volume of greenhouse gases emitted by 190 passenger vehicles. To reach the client's goal of reducing the global Co2 levels by 1%, more than 250,000 additional plants would need to be built. Climeworks has a financial partnership with the Swiss government, Zurich Cantonal Bank and the European Union to massively scale and achieve their goals. 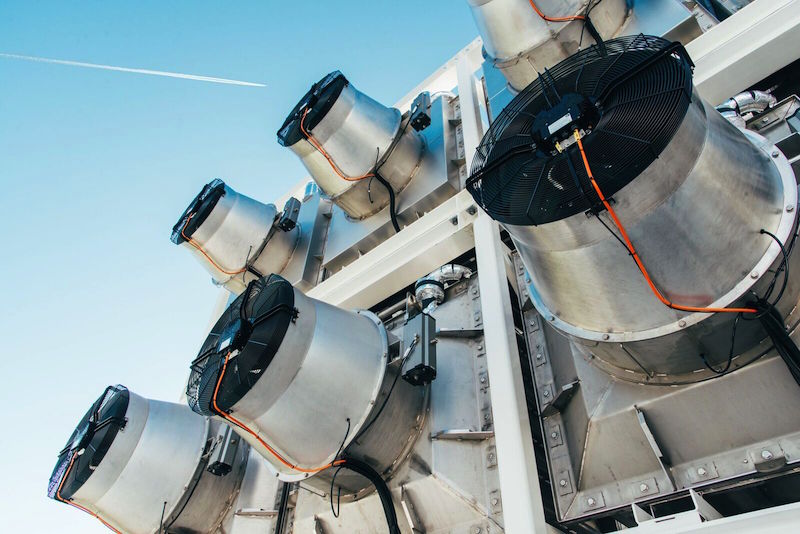 Large scale technology to remove carbon dioxide from the atmosphere, including combatting climate change through mass replanting of forests, is still in its early days. Climeworks has some competitors in the industry such as the British-based Carbon Engineering who are developing a similar system that will result in carbon from the atmosphere being extracted and processed into a carbon-rich water product.

The increase in carbon gathering technology can’t come soon enough. Research shows there will be an unruly increase in carbon dioxide concentrations that will result in a 2-degree rise in global temperatures within the next 22 years. The recent Paris Climate Agreement was established to stop global warming before this tipping point is reached.

SEE ALSO: Trump Announced to Withdraw US From the Paris Agreement