The Entire Internet Mapped Out in May 1973

David Newbury, a developer at the Art Tracks initiative in Pittsburgh’s Carnegie Museum of Art, has found a map of the entire internet as it was in May 1973. The map has been found among several old papers.

During the 1970s, Newbury ‘s father, Paul, was the business manager for the computer science department at Carnegie Mellon University in Pittsburgh.  Being a dedicated record-keeper, he kept many fascinating relics from that era.

On the map are numerous squares that represent nodes or gateways (first-generation routers). The ovals are the hosts. These were mainframe computers connected to the gateways. One of the most common mainframes might have been the PDP-10, which appears on the map repeatedly. The map also shows that Stanford, UCLA, Utah and UCSB were on the network. 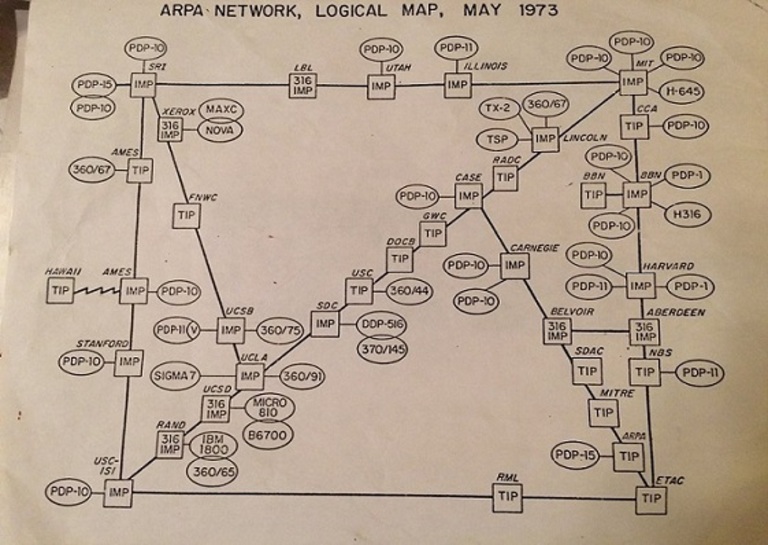 ARPANET (Advanced Research Projects Agency Network) was an early packet switching network that came before the World Wide Web. It was established in 1969 and had just 45 computers connected to 40 nodes. Initially, it was used to exchange information over File Transfer Protocol (FTP) networks between small, secretive operations usually run by universities, government facilities and private technology companies.

By 1971 ARPANET users were able to transfer data by dialing into a network. In May 1973 42 hosts were connected to 36 nodes and ARPANET expanded east to Case Western, Carnegie Mellon, Harvard, and MIT. Moreover, it had reached government labs such as Lawrence Berkeley National Lab and the Army’s Aberdeen Ballistic Research Lab. Private research organizations like MITRE and Xero  also got online.

In September 1973, according to the book Netizens: On the History and Impact of Usenet and the Internet, a satellite link connected ARPANET to nodes in Norway and London, thus sending 2.9 million packets of information every day. This made the network international.

Though Newbury tweets that his dad saved the internet map, it's not clear where it was initially published. A later version can be found in a 1974 report by NASA Ames Research Centre. 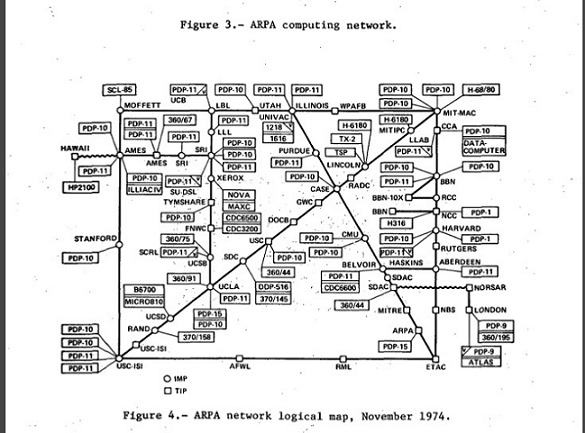 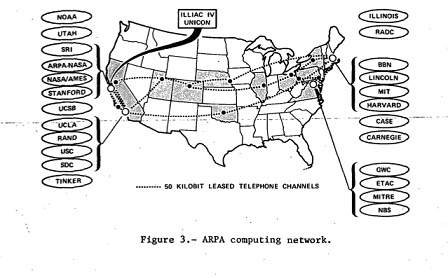 Newbury's tweet prompted other Twitter users to share more historic internet maps. Some of these show an even earlier stage of the development of the internet.

@workergnome @Crell I have this too, which are the original nodes in December 1969, when it went live. pic.twitter.com/okVGnjYiGC

@workergnome @Crell I have this one, which might pre-date it. pic.twitter.com/2hZGwfgUYQ

SEE ALSO: Delete Your Footprint Off The Internet with a Few Clicks