All 12 boys and their coach trapped in a cave in Thailand have been successfully rescued after an impressive 3-day operation.

After a grueling and treacherous three-part operation that began on Sunday and lasted into Tuesday, the entire 12 members of the trapped youth soccer team and their 25-year-old coach were finally rescued from the Thai cave whose rising waters threatened their survival.

The mission, deemed an impressive success, was completed at about 7 pm local time and saw the collaboration of many parties including Thai Navy Seals and a variety of experts from fields ranging from communications to divers.

All help was welcome as rescuers had to battle with incoming monsoon rains that risked sending water levels rising, combined with dangerously decreasing oxygen availability in the cave's significantly enclosed spaces. Further complicating matters was the fact that any efforts to pump out water from the cave were constantly thwarted by heavy downpour. 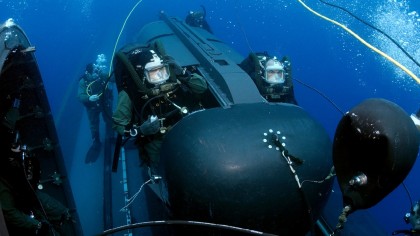 On Saturday, experts had warned that new rain would risk shrinking the small unflooded space sheltering the boys to a mere 10 square meters (108 square feet). It was this announcement that lead to the start of the mission on Sunday, despite still dangerous conditions.

That war saw the support of many technology partners. Oil and gas firm PTT Exploration and Production Public Company Limited provided three drones equipped with thermographic cameras to create 3D maps to assist those drilling in the cave as well as robots with sonar scanners and solid pipes for water pumps.

Meanwhile, comms company Maxtech Networks supplied 19 small handheld radio-style devices that could enable wireless communications where regular radios failed. The high tech tools were linked all the way through the caves to the boys and given battery power for up to 10 hours use of at a time.

Further comms equipment was also secured via the Derbyshire Cave Rescue Organisation. Volunteers from the organization provided four Heyphones, specialized cave radio systems capable of transmitting hundreds of meters through solid rock all the way to the surface.

Finally, even Elon Musk got involved. The tech-savvy genius sent a team of engineers to assist with emergency rescue plans that included an idea for an inflatable nylon tube and a means of drilling through the mountain and into the cave.

Great news that they made it out safely. Congratulations to an outstanding rescue team!

Via: National News Bureau of Thailand

School's Never Out With This Heavy-Duty All-Terrain Bus