The Nightwatch could prevent people from having epilepsy seizures.

Smartwatches are the bee's knees these days.

Hundreds of thousands of people own them, from Apple Watch to Android ones. But now, scientists have created a first-of-its-kind watch-like bracelet that will save lives. 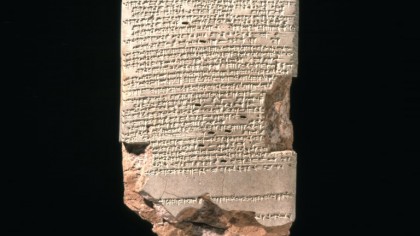 The Nightwatch, revealed in the Neurology journal, reportedly can detect 85 percent of evening epilepsy seizures. No high-tech bracelet has reported numbers even close to that until now.

If all goes well, the Nightwatch can help people with epilepsy by "combining heart rate and movement resulted in reliable detection of a broad range of nocturnal seizures."

"It is well accepted, is easy to use, and provides accurate measurements over time," the research states. "The device can also be used to monitor epilepsy treatment."

Until now, the industry standard to detect evening epilepsy attacks is a sensor in a person's bed that reacts to vibrations caused by rhythmic jerks.

The researchers tested 28 patients, each of whom wore the bracelets for approximately 65 evenings. Worn on the upper arm, it straps onto a person and "measures the heart rate and movement of the sleeping person, directly from the body."

When a seizure would occur, an alarm would sound to alert a caregiver. It can tell this is happening when a person's heart rate increases to an abnormal level, along with jolting movements.

Once out of every 25 evenings, the Nightwatch would miss an attack. Even then, that rate is much better than the usual bed sensor, which misses seizures one of four nights for a patient.

The goal of the Nightwatch is to decrease the risk of patients with SUDEP, the biggest killer for those with epilepsy. The research says that almost 30 percent of people who have epilepsy won't stop having episodes and can die from SUDEP.

Friday's Google Doodle Sweetly Yet Stringently Urges You to "Stay Home. Save Lives."