There have been many attempts at trying to make whiteboards even smarter by trying to pair up large screen monitors and digital pens. This makes it easier in meetings when trying to get a point across and there have been some attempts more successful than others. However there are times when you simply want to keep a permanent record of the notes or diagrams that have been scribbled down on the whiteboard. If this is the case for you then new technology by way of the Equil Smartmarker may be more to your liking. 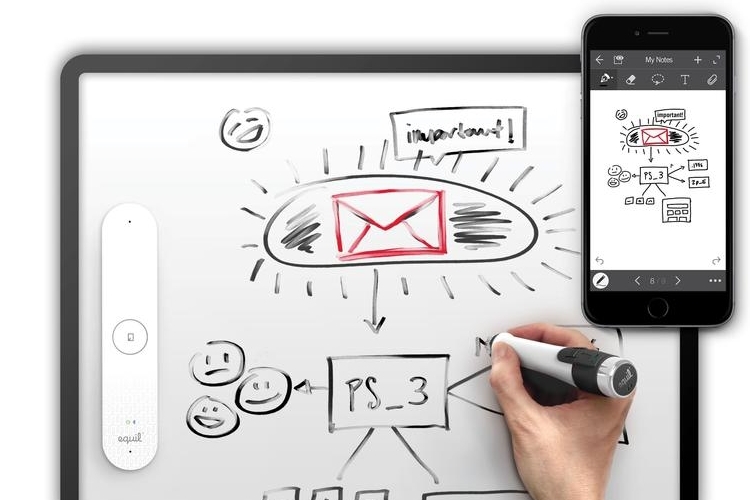 This is because the Smartmarker is able to work out everything that you write on the board thanks to its array of sensors, which allow the marker to recreate everything in digital form. The information can then be accessed via a smartphone on iOS or Android along with the desktop PC, via an app. 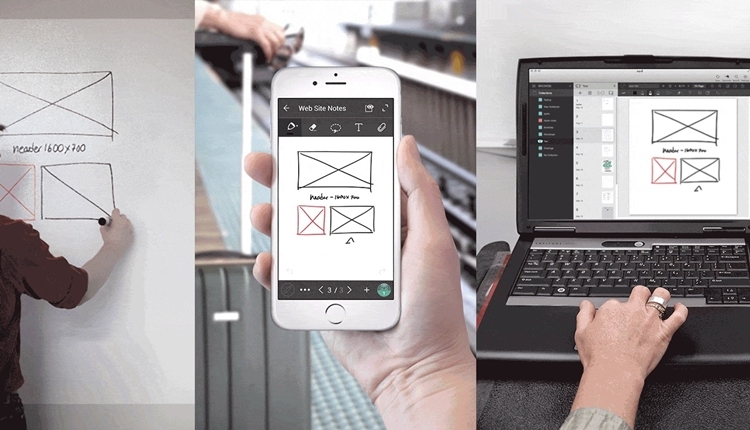 The Equil Smartmarker is 6.3 x 1.1 inches, which means it’s around the same size as a regular dry erase marker pen. The pen features on-board electronics and has an ink chamber that can be refilled when it runs out. The Smartmarker is able to capture everything that is written not just on a whiteboard but also any surface; so it can be used in a meeting when writing on a whiteboard, in your office when doodling ideas, for writing down phone numbers on scrap pieces of paper and many other uses. 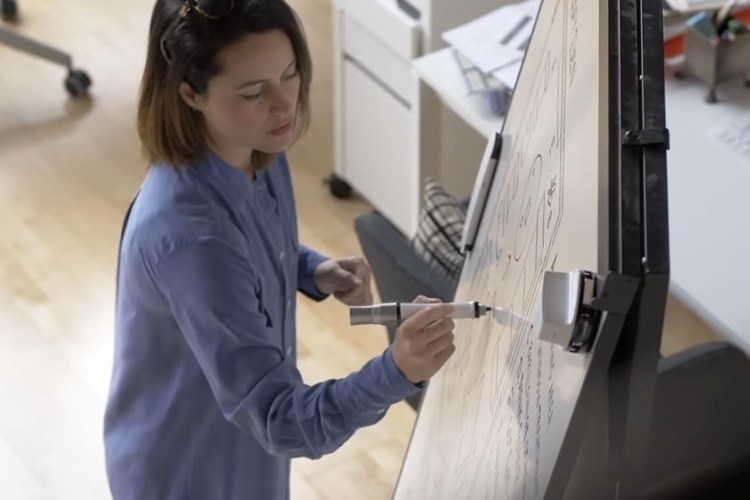 The Smartmarker can record any session up to 16 feet in width, but for something this big you can expect to have to refill it a few times if you fill the board. It offers a rechargeable battery and this is said to last for up to 8 hours of using the pen. The Smartmaker is to be sold for $700 and it is due to be launched within the next few months.