Ether tokens have broken the $1000USD mark for the first time. The overall cryptocurrency market cap is now past $770 billion.

Ethereum tokens (ethers) have reached an all-time high of over $1,000 USD. The record was reached on most major exchanges, the current price at the time of writing is $1,020 according to data from Coindesk. Ether is currently the third largest cryptocurrency by market cap, behind bitcoin and Ripple’s XRP token.

Ripple has seen outrageous growth in the last year increasing in value by 1300 percent since early December. Ether currently represents about 13 percent of all cryptocurrencies, with industry leader bitcoin capturing around 32.5 percent of the current market. In 2017 bitcoin, the most recognized cryptocurrency, became a household topic after its value increased from roughly $900 USD in January 2017 to peaks of over $20,000. In the last weeks, the coin has declined in value and has been hovering around the $12,000 to $15,000 mark for the last week.

If the first few days of the year are anything to go by 2018 will be the year of alternative currencies or ‘alt-coins’. 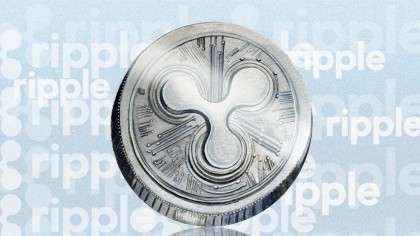 Both Ripple and Ethereum were almost unknown by investors outside the close-knit cryptocurrency community but now these underdog tokens are proving their worth. While Ripple, Ethereum, and Bitcoin are all categorized as cryptocurrencies, each one has a distinct purpose and technology to them. Ether describes itself as a blockchain app platform where transactions are used to pay for decentralized computing power. While Ripple focuses on facilitating fast, cheap transactions, through a separate but related entity called Ripple Connect. Unlike Ethereum and bitcoin, Ripple can’t be mined.

The recent boom in Ether has certainly made its 23-year old founder Vitalik Buterin a rich man (at least on paper) but that hasn’t stopped the college dropout from being critical of the money hungry crypto community. In a tweet issued last week, the Thiel Fellowship recipient threatened to leave the cryptocurrency world if all the technology is achieving is a plethora of Lamborghini memes.

He later clarified his statement saying he won’t stop working in the sphere as long as "there's also real social value that the ecosystem is working towards." Buterin isn’t the only cryptocurrency founder to be worried about the intention of the community at large. Dogecoin founder Jackson Palmer is dismayed that the parody coin he founded in 2014 has just hit a market cap of $1billion USD. "The fact that most conversations happening in the media and between peers focus on the investment potential is worrying, as it draws attention away from the underlying technology and goals this movement was based [on]," he said. Palmer, who left the software team in 2015 went on to say, “I have a lot of faith in the Dogecoin Core development team to keep the software stable and secure, but I think it says a lot about the state of the cryptocurrency space in general that a currency with a dog on it which hasn't released a software update in over 2 years has a $1B+ market cap.”