After threatening to leave the cryptocurrency world, Ethereum founder Vitalik Buterin has promised to stick around to help guide the currency revolution in the right direction.

If you were to list some of the most interesting moments from 2017, it would be strange to not mention the unprecedented rise of cryptocurrencies. For the uninitiated, cryptocurrencies are digital commodities designed to work as a medium of exchange that utilizes cryptography so that secure transactions control the creation of additional units and verify the transfer of assets. 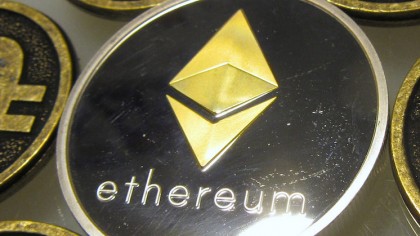 A Man Was Robbed at Gunpoint for $1.8 Million Worth of Ethereum

The now $370 billion cryptocurrency market has caused grown tremendously since the beginning of 2017, with the leaders of the cryptocurrencies being Bitcoin and Ethereum.

As cryptocurrencies move to the forefront of culture, they will shift the financial paradigm and the way we complete transactions in the future. However, the inescapable volatility of these currencies has attracted novice and experienced investors interested in getting "rich quick" off of the currencies. This mentality has percolated throughout the cryptocurrency industry.

*All* crypto communities, ethereum included, should heed these words of warning. Need to differentiate between getting hundreds of billions of dollars of digital paper wealth sloshing around and actually achieving something meaningful for society. https://t.co/aNpEnBNGsA

This focus on wealth creation rather than the positive change the cryptocurrencies can bring to society has dismayed Ethereum founder, Vitalik Buterin, who suggested that he would leave cryptos if communities in the space "did not grow up".

Just this week, Ethereum founder and cryptocurrency expert Vitalik expressed his strong dislike for the crypto community. On Twitter, he voiced his anger at the communities constant focus on how much money they are making off of cryptocurrencies vs the real social value that they are working towards.

In what seemed to be a moment of frustration, many viewed Vitalik's comments as an announcement that he would leave the community and be rid of the toxic ideas that are spreading throughout it. The good news is that today Vitalik cleared up his comments and confirmed that he is it not leaving.

Again on Twitter, the Ethereum founder cleared up his previous tweets. Originally stating that he would leave, Buterin said that he will not be "stop or slow working on cryptocurrencies". There seemed to be a universal sigh of relief for those who are a fan of Vitalik.

Etherum contributed to the 8,500% increase surge in digital coins this year and has created a huge lane for initial coin offerings. Ethereum is a decentralized platform that runs smart contracts: "applications that run exactly as programmed without any possibility of downtime, censorship, fraud or third-party interference."

The Ethereum network runs off of "custom built blockchain, an enormously powerful shared global infrastructure that can move value around and represent the ownership of property."

Ethereum has seen steady gain during this time of tremendous volatility, and its unique structure makes it a strong rival for Bitcoin, both of which are widely traded and available for purchase on Coinbase.