Google forced to pay fine after taking advantage of its market dominance.

SEE ALSO: ALMOST EVERYTHING YOU NEED TO KNOW ABOUT GOOGLE'S HISTORY

Commissioner Margrethe Vestager, in charge of competition policy, said: "Today the Commission has fined Google €1.49 billion for illegal misuse of its dominant position in the market for the brokering of online search adverts. Google has cemented its dominance in online search adverts and shielded itself from competitive pressure by imposing anti-competitive contractual restrictions on third-party websites. This is illegal under EU antitrust rules. The misconduct lasted over 10 years and denied other companies the possibility to compete on the merits and to innovate - and consumers the benefits of competition.”

No space for competitors

According to the commission, Google made it impossible for its rivals to place advertisements on third-party websites by adding exclusivity clauses into AdSense contracts.

Adsense is a Google product that allows websites to make money from the space around their site's search results. When a user searches on the web page of a newspaper or travel blog, for example, they are delivered search results that also include adverts. 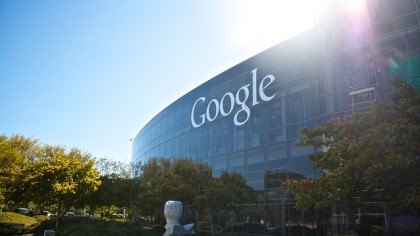 The commission state that Google made it impossible for its competitors such as Microsoft and Yahoo to sell advertising space in Google's own search engine results pages.

After investigating hundreds of contracts between webpage supplier and Google the commission found that “Starting in 2006, Google included exclusivity clauses in its contracts. This meant that publishers were prohibited from placing any search adverts from competitors on their search results pages. The decision concerns publishers whose agreements with Google required such exclusivity for all their websites.”

The commission says Google abused its position of market dominance by preventing fair competition. Market dominance in itself is not illegal under the European Union antitrust laws, however, the commission notes in its press release that dominant companies have a special responsibility not to abuse their powerful market position by restricting competition in any deliberate way.

Fine less than 2% of annual profit

The fine is larger than many observers had expected, but the commission said the sum was in relation to Google’s profits and to the time that the company had been operating with a restricted competition. In 2018 Google made a 31 billion dollar profit.

Google responded to news of the fine in a blog post. “Since then, we’ve been listening carefully to the feedback we’re getting, both from the European Commission, and from others. As a result, over the next few months, we’ll be making further updates to our products in Europe,” the blog post reads.

This latest fine might not be the last from the commission who have indicated there are aspects of Google's business model that they are still investigating.