After an agreement signed by phone manufacturing giants in 2009 failed to produce a common charger, the European Commission announced it will now be exploring additional measures.

Back in 2009, the European Commission launched their "One charger for all" campaign. The initiative aimed to decrease the amount of waste produced from the wide variety of incompatible chargers for electronics.

The body estimated that discarded old chargers generated more than 51 000 tons of electronic waste per year in Europe at the time. In June 2009, they facilitated a successful Memorandum of Understanding that saw phone manufacturers agree to harmonize chargers for their 2011 models.

The agreement ended in 2012 but it was extended by a few signatories with ‘Letters of Intent’ in 2013 and 2014. However, the results, it seems, were unsatisfactory.

According to Reuters, EU competition chief Margrethe Vestager said this week that the campaign's weak outcomes are pushing the body to consider additional measures. "Given the unsatisfactory progress with this voluntary approach, the Commission will shortly launch an impact assessment study to evaluate costs and benefits of different other options," she stated.

The first agreement was signed by giants such as Apple, LG, Motorola, NEC, Nokia, Qualcomm, Research in Motion (RIM), Samsung, Sony Ericsson, Texas Instruments. The commission had praised the manufacturers and expressed hope that the charger issue would be resolved without the need for new regulation. 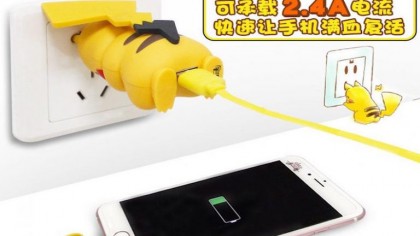 "I am also very pleased that this solution was found on the basis of self-regulation. As a result, the Commission does not consider it necessary to introduce legislation," had said Vestager.

Europe's Standardisation Bodies CEN-CENELEC and ETSI had quickly followed up on the agreement by producing standards for the manufacture of phones compatible with a common charger. The standards would ensure the safety of the new phones.

"I am very happy that the European Standardisation Bodies have met our request to develop within a short space of time the technical standards necessary for a common mobile phone charger based on the work done by industry. Now it is time for industry to show its commitment to sell mobile phones for the new charger," had said European Commission Vice-President Antonio Tajani, Commissioner for Industry and Entrepreneurship.

In February of 2011, the common mobile phone charger was finally introduced. "I urge industry to speed up their introduction in the market to enable citizens throughout the EU to enjoy the advantages of a common charger as soon as possible," had said Tajani.

However, little action followed after that and, in 2014, members of the European Parliament voted in favor of introducing a draft law making the common charger a requirement. Vestager's recent comments may mean that the law will finally come to life.

In 2009, the commission stipulated that over 30 types of chargers were on the market. With constant technological advancements in the mobile industry, that number may be even higher today making the need for a common charger ever more pressing.