The European Commission officially just reached political agreement to kickstart the cutely named WiFi4EU project. The $134 million dollar initiative will see free wireless connectivity, rolled out in public spaces across the continent. The commission met last year to begin negotiations and an official announcement about the agreement was released earlier this week.

Free WiFi for all

The commission has also been working on the Digital Single Market (DSM) strategy. A long term project that is working to establish better consumer consumption laws in the tech market across member states.

One brilliant idea from the strategy is the promise to eliminate mobile roaming fees. Vice President of the Commission and head of the DSM says “The Digital Single Market strategy aims to build a fully connected Europe where everyone has access to high-quality digital networks.”

“WiFi4EU is a welcome first step, but much more needs to be done to achieve high-speed connectivity across the whole EU territory – such as improving Europe-wide coordination of spectrum and stimulating investments in the high-capacity networks that Europe needs.”

The most recent agreement aims to install the free WiFi hotspots in 6,000 to 8,000 municipalities across all member states.  The Commission admits legislative details still need to be worked out but they have promised the funding application procedure for eligible local authorities will be easy to follow.

Once municipalities have applied they are given grants which allow them to purchase the latest technology to install at the wireless access points. The cost of the wireless connection will be covered by the public authority. 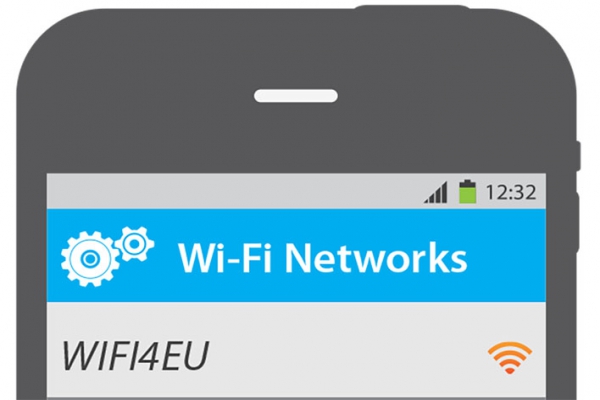 Can the public be trusted?

Public WiFi is a great thing, giving access to services and information to a broad range of people who may not otherwise have access. But history tells us that not everyone can be trusted. Free WiFi hotspots in both NYC and India have been reportedly used to stream pornography. Concerns about the possibility of downloading pirated material are also high on the list. However, as the Commission is pushing for more relaxed and relevant cross-border media laws it should be able to figure out a solution that satisfies all parties. It would be unlikely that the free WiFi would be subject to stringent censorship, however, the possibility is open. McDonald's recently announced it would deploy filters on its free access WiFi service in a bid to protect children from explicit content. Although there are no statistics available on how much explicit content has been accessed from the restaurant chain, unofficial sources have claimed asking patrons to disconnect from the network has become more frequent.

But if we can all learn to behave then stay tuned for free and fast wireless internet coming to a remote European village near you!