EU will try and get ahead of China as it makes plans to build a superfast computer before 2020.

The EU has announced it will raise €1 billion to build supercomputers. The superfast computers will be used to boost Europe’s economy, make medical research advances and be used in the fight against cybercrime.

"We want to give European researchers and companies world-leading supercomputer capacity by 2020.”

China leads the way in computing speed in technology after they took over from the USA last November. Non-EU Switzerland sits at third place with Japan at fourth. The Swiss computer is about 12 times slower than China’s powerful Sunway TaihuLight. This incredible machine performs at 93 quadrillion calculations per second. Andrus Ansip, the European Commission vice-president for the digital single market describes the plans: "It is a tough race and today the EU is lagging behind: we do not have any supercomputers in the world's top ten,” he says. "We want to give European researchers and companies world-leading supercomputer capacity by 2020.”

The European Commission will contribute around €486 million to the fund for a "High-Performance Computing (EuroHPC) infrastructure." Other EU nations will also contribute funds. The urgency of increased computing power is highlighted by the increased amount of data being processed outside of the EU due to lack of computing power within its borders. The building of the supercomputers will be overseen by the recently formed organization, EuroHPC. The group will be co-managed by the commission alongside representatives from France, Germany, Italy, Luxembourg, Netherlands, Portugal, Spain, Belgium, Slovenia, Bulgaria, Switzerland, Greece, and Croatia. 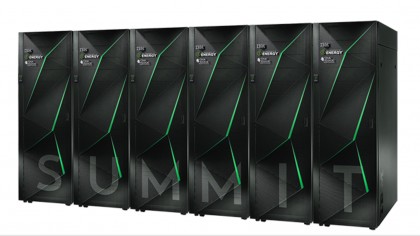 One problem for Europe is its lack of manufacturing of key pieces of equipment. Ninety percent of the world’s computer chips come from Silicon Valley-based Intel, while China produces their own chips for their super fast machines. This lack of infrastructure does not phase research commissioner Carlos Moedas who admits that while reducing Europe's dependence on outside fabrication is important, the main goal is assembling the power within Europe. “The question is not if the pieces of the puzzle come from China or the US. The question is who is able to do it and get the best machine. The world is a marathon, we’re all running and we have to run a little faster,” Moedas said.

The EU hopes that the increased computing power will help provide answers to real-life problems. “These computers have direct repercussions on people's’ lives,” Bulgarian digital commissioner, Mariya Gabriel said. “Everyone wants to know more about the risk of earthquakes, for example.” The machine will be used to conduct research on a wide range of subjects from weather forecasting to DNA sequencing. A focus for future research will definitely be on climate change as well. The task ahead is large and exciting. Among the challenges facing the team is how to make the components of the supercomputers more power efficient. Powering a computer of this magnitude could require as much energy as 200,000 homes, an EU official said.