What is the European Energy Union? 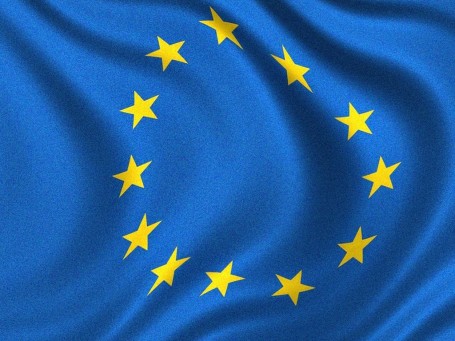 The European Energy Union is a plan to bring about a transition, in Europe, to a low-carbon economy. At present, ageing infrastructure, poorly integrated markets and uncoordinated policies are holding back this aim, denying important benefits, such as increased choice or lower energy prices, to consumers, households and businesses. The Energy Union then is a plan to deliver a single energy market in Europe with a forward-looking climate change policy.

There is a lot to do in order to achieve this aim. Six EU member states still depend on one external supplier for all their gas imports. Seventy-five percent of EU housing stock is energy inefficient and 94 percent of transport fuel relies on oil products, of which 90 percent is imported. Wholesale electricity prices in Europe are 30 percent higher than in the US and wholesale gas prices over 100 percent higher.

So what are the details?

The EU is aiming to achieve a cut in greenhouse gas emissions of at least 40 percent by 2030 with a rise in renewable energy of at least 27 percent and a 27 percent improvement in energy efficiency. However, in order to achieve this, over 1 trillion euros needs to be invested in the EU energy sector by 2020 alone.

The basis for the EU Energy Union is a framework document entitled A Framework Strategy for a Resilient Energy Union with a Forward-Looking Climate Change Policy. This sets out the goals of the Energy Union, consisting of five interrelated policy dimensions and the detailed steps needed to achieve it. This includes the introduction of new legislation to redesign and redevelop the European electricity market, creating more transparency in gas contracts, developing regional coordination in order to deliver an integrated energy market, a stronger regulatory framework, increased funding for energy efficiency or a new renewable energy package, an improved focus on research and innovation and annual reporting, among many others.

The plan also consists of a number of important constituent clauses. A ‘Solidarity Clause’ will reduce dependence on single suppliers and encourage Member States to rely on their neighbors, particularly when facing possible disruptions to the energy supply. It will also make the process of negotiating deals with energy suppliers outside the EU far more transparent. Another important principle is that of the free flow of energy across borders and a redesign of the electricity market so that it is more interconnected, draws heavily on renewable energy technologies and is more responsive. Another important aim is to phase out subsidies on fuels that are harmful to the environment.

Rethinking energy efficiency is another fundamentally important part of the Energy Union. Energy efficiency should be considered as an energy source in itself, the main benefit being equal competition with generation capacity.

Finally, the Energy Union will seek to transition the EU’s energy supply to a permanent low-carbon society. It will do so by ensuring that locally-produced energy, particularly from renewables, can be easily absorbed into the grid. This will in turn have a number of important economic benefits, such as the promotion of EU technological leadership, the development of next generation renewable energy technologies and moving the EU into a leadership position with regard to electromobility. European companies will be able to expand their export activity and compete effectively in the wider global energy market.

At the heart of the Energy Union is the population itself. Energy prices paid by EU citizens should be affordable and competitive and energy supply should be secure and sustainable.

“For too long, energy has been exempt from the fundamental freedoms of our Union” said the European Commission President, Jean-Claude Juncker. “Current events show the stakes – as many Europeans fear they may not have the energy needed to heat their homes. This is about Europe acting together, for the long term. I want the energy that underpins our economy to be resilient, reliable, secure and growingly renewable and sustainable.”

Currently, the EU is the largest energy importer in the world, with 53 percent of its energy supplies imported from abroad. This in turn costs around 400 billion euros annually. A properly interconnected European energy grid would generate up to 40 billion euros per year in savings. At present, the EU has a 10 percent interconnection target, but at least 12 Member States haven’t yet met this target. The EU has identified 137 electricity projects, including 35 to do with electricity interconnection, that could bring that figure down to just 2. 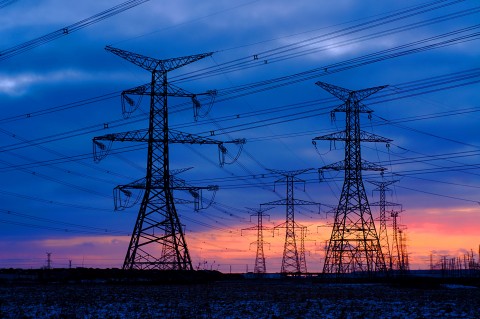 The Commission will report annually with regards to progress towards this plan. According to the first EU State of the Energy Union Report, released on November 18th, a great deal of progress has already been achieved since the adoption of the Energy Union Framework Strategy in February. The report also identifies the key action areas for 2016, providing policy conclusions at Member State, regional and European level.

“Nine months down the road, we can say with confidence that we are on track to deliver the Energy Union” said Maroš Šefčovič, the Vice-President responsible for the Energy Union. “My messages for 2016 are clear. First, the EU should continue to lead in the transition to a low-carbon economy. Second, that transition should be socially fair and consumer-centered. And third, the geopolitical challenges that we faced this year will not go away. 2016 will also be the year in which we will lay the foundations of a robust governance system bringing predictability and transparency, which is what investors need. In sum: 2016 will be a year of delivery!”

Miguel Arias Cañete, Commissioner for Climate Action and Energy, added that the Energy Union is now starting to take shape. The progress made over the past nine months means that the project should now progress towards to full delivery. Mr Cañete intends to focus fully on this in 2016, in addition to presenting legislation intended to make the electricity market more efficient, to increase the European share of renewables and reducing energy consumption while ensuring security of the gas supply. This will in turn help to strengthen the EU’s energy system and aid transition towards a low carbon future.

As part of the current COP 21 Paris negotiations on climate change, more than 160 countries have made presentations towards a Paris agreement, representing more than 90 percent of global emissions. As part of this process, the EU has submitted a binding domestic economy-wide emissions reduction target of at least 40 percent by 2030, compared to 1990 levels. However, in order to be truly effective, European citizens have to take an active part in making it work, by actively participating in the energy market.

The guidance published as part of the report provides the basis for Member States to start developing their plans for the period 2021 to 2030. It includes a series of key indicators representing first steps towards measuring and monitoring of the delivery of the Energy Union. A series of 28 datasheets provides an assessment of delivering the Energy Union for each member state.

What are the prospects for success? According to Anca Gurzu, writing for Politico, there are four possible options.

In the first of these scenarios, EU Member States brace themselves for small losses, but subsequently gain a lot. The second possibility is that Member States fight their corner and get their way, in which case the Energy Union might still happen but it will probably be a lot less effective than hoped for. The third option is a number of EU ‘blocs’ that work together across various policy areas. This will generate a ‘patchwork’ effect, again falling short of the current overall objective. Finally, there is failure, caused by Member States fighting to retain their current powers and only cooperating out of self-interest. This would mean that the Energy Union idea collapses.

Which will eventuality win? We’ll just have to wait and see.