Europol in cooperation with global authorities arrested 11 people involved in a cryptocurrency money laundering scheme. The operation has been dubbed Tulipan Blanca.

In what may now seem like an almost prophetic event, the European Union Agency for Law Enforcement Cooperation (Europol) expressed concerns last February that billions in illegal proceeds were hidden in Europe in crypto-cash. Now, Europol in cooperation with global law enforcement agencies has arrested 11 people involved in a cryptocurrency drug trafficking ring that laundered over €8 million.

The operation, named Tulipan Blanca, saw Spain’s Guardia Civil, Finnish law enforcement authorities and the US Department of Homeland Security come together to investigate 137 individuals. “As a result of the operation, the Spanish Guardia Civil carried out eight searches and seized several computers, devices, and the equipment used to commit the crimes, such as money bags or money counting machines,” Europol said in a statement.

The statement explained that drug traffickers contacted the criminal ring to launder money obtained from their illicit activities. The ring proceeded to split the money into small cash amounts deposited into 174 bank accounts.

From there, the criminals used credit cards linked to the fraudulent bank accounts to withdraw the illegal proceeds from Columbia. However, realizing that these transactions could be tracked, the criminal group then turned to cryptocurrencies.

To cover their tracks, the ring used an unnamed Finnish cryptocurrency exchange to turn their cash into bitcoins and then subsequently further converted the bitcoins into Colombian pesos.

“With cryptocurrencies increasingly used to finance and carry out criminal activities, Europol will continue to coordinate across EU Member States and beyond, to effectively respond to this rising threat,” Europol’s statement said.

Last month, Europol arrested a cybercriminal, leader of the Carbanak gang, responsible for the theft of more than €1bln from over 100 financial institutions worldwide. The stint also saw several organizations come together to apprehend the group including the US Federal Bureau of Investigation (FBI), the European Banking Federation (EBF) and local authorities in several countries. 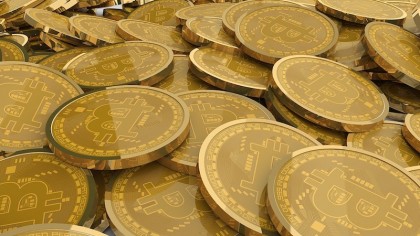 EBF chief Wim Mijs said at the time: “Public-private cooperation is essential when it comes to effectively fighting digital cross-border crimes like the one that we are seeing here with the Carbanak gang.”

However, despite joint efforts, eradicating these cyber crimes remains a complicated matter due to the very nature of cryptocurrencies. In fact, this type of cybercrime seems to be on the rise.

“It’s growing quite quickly and we’re quite concerned. They’re not banks and governed by a central authority so the police cannot monitor those transactions. And if they do identify them as criminal they have no way to freeze the assets unlike in the regular banking system.” Europol’s director, Rob Wainwright, told BBC’s Panorama in February.

Two years ago, Europol, Interpol and the Basel Institute on Governance established a working group to fight the use of cryptocurrencies in money laundering. The tripartite partnership is also targeting terrorism financing.