Cryptocurrencies have been suffering from a bad reputation for being used as a payment method by criminals. Now, Europol claims between $4 to $5.5 billion is being laundered through them in Europe.

Three to four billion pounds of criminal money in Europe is being laundered using cryptocurrencies in Europe, according to the European Union Agency for Law Enforcement Cooperation (Europol).

“It’s growing quite quickly and we’re quite concerned. They’re not banks and governed by a central authority so the police cannot monitor those transactions. And if they do identify them as criminal they have no way to freeze the assets unlike in the regular banking system.” Europol’s director, Rob Wainwright, told BBC’s Panorama.

The process of laundering money via Bitcoin in hypothesis would involve buying the cryptocurrency, breaking into its smallest values and distributing it to various addresses. This process may eradicate any trail that the criminal money may leave behind, according to some experts, but that isn’t entirely true.

Bitcoin is not completely anonymous and can be traced by perceptive investigators via public records. Other privacy coins like Monero may be more difficult to track.

Many European governments have recently been asking for a crackdown on cryptocurrencies.

Bruno Le Maire, France’s Finance Minister and Peter Altmaier, interim German Finance Minister, have called for global regulation. They have talked about harmful results for misinformed investors who do not fully realize the risks they are exposing themselves to.

Le Maire and Altmaier have signed a letter to fellow G20 finance ministers, in which they say cryptocurrencies threaten long-term global financial stability as well as being risky for investors.

“Given the fast increase in the capitalization of tokens and the emergence of new financial instruments … these developments should be closely monitored.” they said.

British Prime Minister Theresa May also voiced concern regarding the criminal usage of cryptocurrencies. May said that she examined cryptocurrencies very seriously because of the way they are used, especially by criminals.

Christine Lagarde, International Monetary Fund (IMF) chief, also recently told the World Government Summit in Dubai that “there is probably quite a bit of dark activity in cryptocurrencies,” and she claimed that regulation is an inevitability.

But analysts say these can also be interpreted as authorities from conventional financial institutions feeling increasing pressure from a rapidly growing and ever more popular cryptocurrency market, which can disrupt traditional financial structures. 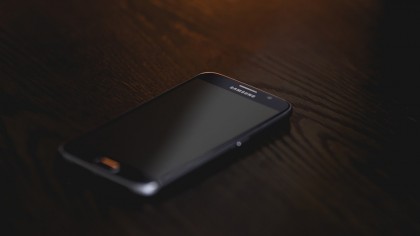 Europol’s claim comes on the back of high-profile cybercriminal Sergey Medvedev’s arrest in Thailand. Medvedev, who was the Russian co-founder of criminal marketplace Infraud, reportedly had 100,000 Bitcoins in his apartment when it was raided.

“We are seeing threat actors around the world exploiting what is already a hostile currency in a lawless digital world. Threat actors hack vulnerable sites or spin up fake, illegitimate websites to siphon money off of major brands, often with typosquatting domains and fraudulent branding,” he said.