Even ‘Just a Few Drinks’ Shape How Humans Remember Events

Brown University researchers discovered just how powerful an effect alcohol has in “hijacking” a drinker’s memory.

It doesn’t take blacking out to seriously affect a drinker’s memory, according to new research from Brown University. A handful of drinks are enough to reshape the neural pathways used to create and store memories.

A massive issue with treating alcohol addiction is the potential for relapse. According to research from JAMA, between 40 to 60 percent of patients treated for addictions relapse within a year of sobriety. For years, there’s been an understanding that alcoholism and other addictions rewire the brain to crave an addict’s substance of choice.

“This can affect alcoholics and addicts to the point their brains re-prioritize what’s most important, such as eating and survival,” said Dr. Marvin Seppala, chief medical officer of the Hazelden Betty Ford Foundation based in Center City, Minnesota.

But now, new research could offer more insight into what exactly happens in the brain when addictions are formed -- at least where alcohol is concerned.

Reshaping neural pathways one drink at a time

To observe how alcohol affected neural pathways, the researchers used fruit flies. Despite seeming simpler than an adult human, fruit flies like alcohol. Their brains also develop reward and avoidance memories similarly to humans, making them the prime candidates for the study.

Karla Kaun served as an assistant professor of neuroscience at Brown University and was senior author on the paper. She worked alongside technicians, postdoc researchers, and undergraduates to figure out just how

“One of the things I want to understand is why drugs of abuse can produce really rewarding memories when they’re actually neurotoxins,” said Kaun, who is affiliated with Brown’s Carney Institute for Brain Science. “All drugs of abuse — alcohol, opiates, cocaine, methamphetamine — have adverse side effects. They make people nauseous or they give people hangovers, so why do we find them so rewarding? Why do we remember the good things about them and not the bad? My team is trying to understand on a molecular level what drugs of abuse are doing to memories and why they’re causing cravings.” 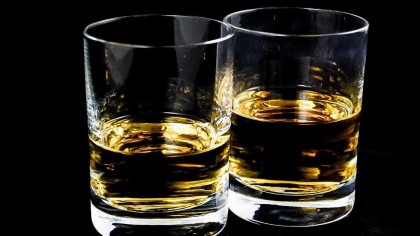 Alcohol Associated With Disease, Death And No Level is Safe, Says New Study

Fruit flies only have 100,000 neurons compared to a human’s 100 billion. However, the smaller scale gave Kaun’s team the ability to make clearly-defined observations about how the alcohol impacted the neural pathways.

The researchers noticed there was a protein responsible for the flies’ preference for alcohol. The protein called Notch served as a ‘domino’ for triggering the rest of the pathway involved in developing an embryo both in flies and humans.

The team noted that building these molecular pathways was very similar to falling dominoes; the biological ‘domino’ falls and activates a host of other events.

“We don’t know what the biological consequences of that small change are, but one of the important findings from this study is that scientists need to look not only at which genes are being turned on and off, but which forms of each gene are getting turned on and off,” Kaun said. “We think these results are highly likely to translate to other forms of addiction, but nobody has investigated that.”

Applying the research to other addictions

The Brown University researchers aren’t just stopping at alcohol. They want to use their findings to see how opiates and other hard drugs affect the brain.

The team also took samples from human patients with histories of alcohol abuse to see if their genetic changes match the craving-related genes found in flies. If a connection is made, the implications could be powerful for recovering addicts.

“If this works the same way in humans, one glass of wine is enough to activate the pathway, but it returns to normal within an hour,” Kaun said. “After three glasses, with an hour break in between, the pathway doesn’t return to normal after 24 hours. We think this persistence is likely what is changing the gene expression in memory circuits.

“Just something to keep in mind the next time you split a bottle of wine with a friend or spouse,” she added.