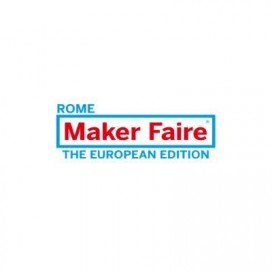 Earth's most diverse celebration of innovation comes back to the eternal city in October. The key showcase event for inventors from every field is bound to spark the genius in you too.

The world's greatest event for inventors from all disciplines is now in its sixth round and holding its European edition in the eternal city of Rome, Italy. The showcase, celebrated internationally for its ingenuity, will take place from October 12 to 14 and will feature inventions in science, technology, art, entertainment, crafts, food and more.

A celebration of innovation in all its forms

Founded in 2006 in the San Francisco Bay Area, the fair was the brainchild of the editors of Make: magazine. Since then, it has grown into an international network of both flagship and independently-produced events that celebrate innovation worldwide and inspire potential makers everywhere to dream of new creations.

Maker Faire Rome - The European Edition is produced by the Italian Chamber of Commerce to encourage entrepreneurship in Europe.

Often referred to as the "Greatest Show (& Tell) on Earth," Maker Faire brings together tech enthusiasts, crafters, educational and research institutes, artists, corporations and more to exhibit their inventions and share their knowledge.

This year’s event will focus on technology-driven sectors such IoT, AI and Big Data, Smart Robotics and Manufacturing, Intelligent Mobility and Design, Coding and Education, as well as more traditional topics such as Food Innovation and Agritech.

However, for the first time in Maker Faire's history, this year's edition will introduce a new special bonus “Space Exploration” section calling out to all space-related inventors everywhere. Space has often been described as the ultimate frontier for the imagination so it only makes sense that Maker Faire would host the ingenues that can make the breakthroughs needed to reach that dream.

Maker Faire Rome 2018 will also aim to connect today’s space innovators with their predecessors through an exhibit celebrating the successes of the famed Apollo Program. Italy's celebrated space scientists responsible for the San Marco satellite series will also be featured in a nod to the fair's host city.

Inventions that take you around the Earth and up to space

Interesting Engineering got the opportunity to preview some of the incredible products to be featured this year and we couldn't help but be impressed. The novel inventions are too many to all be listed however we could not help but share a few of our favorites.

For those who prefer to stay on Earth, the Institutional Assets And Monuments and The Arc/k Project offers a vivid 3D rendition of Unesco world heritage University City of Caracas. Considered a masterpiece of architecture and urban planning, the mesmerizing universally praised historic site will be made available to visit by all Maker Faire attendees from the comfort of the event's exhibition stands.

The countless exhibitions of pure human resourcefulness, imagination and inventiveness make Maker Faire Rome- The European Edition an event not to be missed. Perhaps, however, the most important reason to attend the world-famous fair is that its celebration of creativity in all its magnificence cannot help but inspire the inventor in us too.

The light of innovation lies in us all. What might you dream up?

Advertise your Science, Engineering and Technology events on IE! Interesting Engineering is a community with more than 4 million+ minds. A great place to reach a great audience!

Knackathon 2021
Dallas, TX United States
Robothon 2021
Munich, Germany
MWC Barcelona 2021
Barcelona, Spain
International Conference on Civil Engineering and Architectural Design
Munich, Germany
ENGINEER 2021 - 1st Malaysia Engineering Exhibition and Conference 2021
Kuala Lumpur, Malaysia
We use cookies to ensure you get the best experience on our website. Please review our Privacy Policy for more information and/or to change your cookie settings at any time. If you continue to use this site, you consent to our use of cookies.
COOKIE SETTINGS