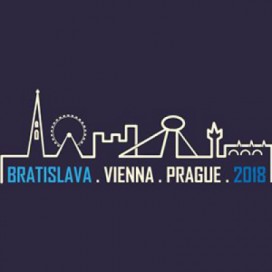 Testing United is a conference aimed at all levels of testers, test leads, test managers, test consultants and IT employees that come in daily contact with testing teams. The conference unites experts from the extended central Europe region and thus expands on this idea by periodically rotating the venue between Bratislava, Prague, and Vienna.

This year’s host is the Bratislava and will welcome participants on the 19th of November 2018 for two days. The conference will have two tracks, one aimed at the general testers’ public, second track focused more on topics for test managers and other IT lead roles that cooperate with testing teams.

The conference will take place in the Carlton hotel and will start on 19th of November. An optional social event also on the 19th of November will be held in a yet-to-be-announced establishment.

Advertise your Science, Engineering and Technology events on IE! Interesting Engineering is a community with more than 4 million+ minds. A great place to reach a great audience!

MWC Barcelona 2021
Barcelona, Spain
International Conference on Civil Engineering and Architectural Design
Munich, Germany
ENGINEER 2021 - 1st Malaysia Engineering Exhibition and Conference 2021
Kuala Lumpur, Malaysia
We use cookies to ensure you get the best experience on our website. Please review our Privacy Policy for more information and/or to change your cookie settings at any time. If you continue to use this site, you consent to our use of cookies.
COOKIE SETTINGS