On the first quarter of this year, NASA has already announced plenty of exciting news about space explorations such as the ocean surface of Saturn's moon Enceladus, the potentially habitable exoplanet LHS 1140B, the amazing mission of the Cassini spacecraft and much more. And recently, on 25th of April, 2017, NASA has released stunning photos of the James Webb Space Telescope (JWST) which is the most powerful telescope ever built. The high-tech telescope will be launched from French Guiana in 2018. 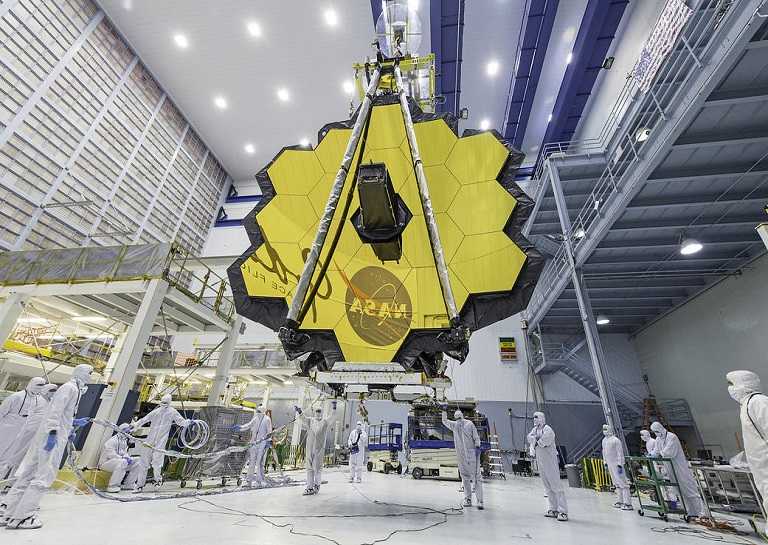 Prior to acquiring its current name, the powerful telescope was called the Next Generation Space Telescope (NGST) and later renamed after a former NASA administrator, James Webb. The new photos released by NASA were the scenes that took place yesterday as the team lifts the massive telescope using a crane to relocate it inside a clean room at the Goddard Space Flight Center in Greenbelt, Maryland.

One of the main goals of JWST is to explore the early times of the universe and discover the first galaxies that formed. It also intends to observe stars forming planetary systems by peering through dusty clouds. 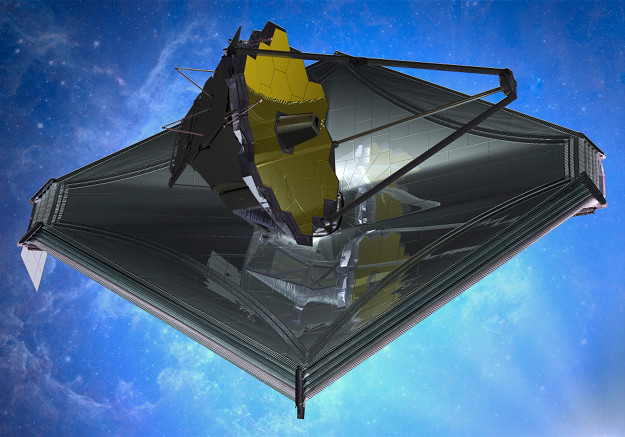 "The James Webb Space Telescope will be a giant leap forward in our quest to understand the Universe and our origins.  JWST will examine every phase of cosmic history: from the first luminous glows after the Big Bang to the formation of galaxies, stars, and planets to the evolution of our own solar system", says NASA in a press release back in 2015.

James Webb Space Telescope is expected to detect the first stars and galaxies forming out in the deep space darkness of the early universe. Using its infrared vision, it is capable of looking back through 13.5 billion years of our universe's history. Because the universe is constantly expanding, the light leaving the first stars and galaxies from the deep space has taken billions of years to travel through space and time and reach the telescope. James Webb Space Telescope will be able to see as far back as 100 million to 250 million years after the Big Bang which is the period when the first sources of light have begun to form.

How galaxies are arranged

To be able to comprehend the nature and history of our universe, scientists need to know how matter is being arranged and how that arrangement has evolved and changed throughout the cosmic time. For example, the familiar spiral formation of our galaxy and other galaxies was a result of various different processes over the course of billions of years. And one open question in the astronomical community is how do small and clumped galaxies evolve and form into structures over time. James Webb Space Telescope is expected to gather data that would potentially answer this deep question. 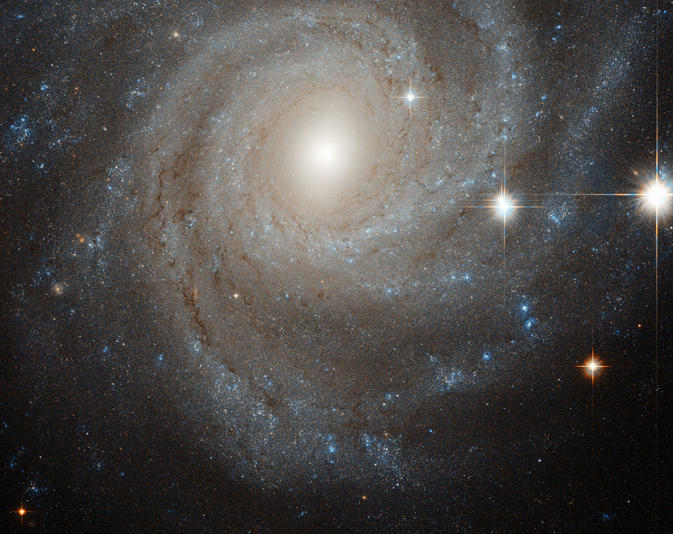 Furthermore, James Webb Space Telescope is expected to discover how stars and protoplanetary systems are born as it will be able to see past through the massive clouds of dust that are obscuring the visible light. The powerful telescope is also set to study atmospheres of exoplanets in search for the building blocks of the life of our universe.

The powerful telescope is equipped with four science instruments which are contained within the Integrated Science Instrument Module (ISIM). JWST's integrated instruments will be able to detect light from stars and galaxies in the deep space, and also planets orbiting other stars.

The Near Infrared Camera is JWST's main visuals which will cover the infrared wavelength range between 0.6 to 5 microns. It is expected to detect light from the earliest stars and galaxies in the process of formation. It will peer through the population of stars in nearby galaxies, and also young stars in the Milky Way and Kuiper Belt objects. The infrared camera is equipped with coronagraphs that would let astronomers capture shots of very faint objects around bright objects, like a stellar system. This highly bespoke instrument is built by the University of Arizona and Lockheed Martin.

This Near-Infrared Spectrograph will be used to disperse light from an object into a spectrum and will operate around a wavelength range between 0.6 to 5 microns. Scientists will be able to analyze the spectrum of an object using NIRSpec and discover physical properties like temperature, mass, and chemical composition. This instrument is calibrated to observe 100 objects all at the same time which makes it the first spectrograph in space with this exceptional capacity.

The Mid-Infrared Instrument contains both a camera and spectrograph that can see light in the mid-infrared region of the electromagnetic spectrum. It can cover a range of wavelength from 5 to 28 microns. MIRI's camera provides wide-field, broadband imaging that will continue to capture breathtaking astronomical photos just as much as the Hubble Space Telescope did.

MIRI is built by a group of scientists and engineers from European countries, NASA's Jet Propulsion Laboratory, and other scientists from other US institutions.

The Fine Guidance Sensor (FGS) equips JWST with the ability to precisely point to objects so it can capture high-definition images. The Near Infrared Imager and Slitless Spectrograph will be utilized to investigate first light detection, exoplanet detection and characterization, and exoplanet transit spectroscopy. This instrument is the contribution of CSA to the telescope.

James Webb Space Telescope will be launched using ESA's Ariane 5 rocket from the Arianespace's ELA-3 launch complex situated near Kourou, French Guiana. Originating the launch from a location near the equator will give the rocket additional push as the spin of the Earth at the equator is moving at 1670 km/hr. The large, powerful JWST must be able to fold in order to fit inside the rocket. The images below shows how the telescope is compacted. 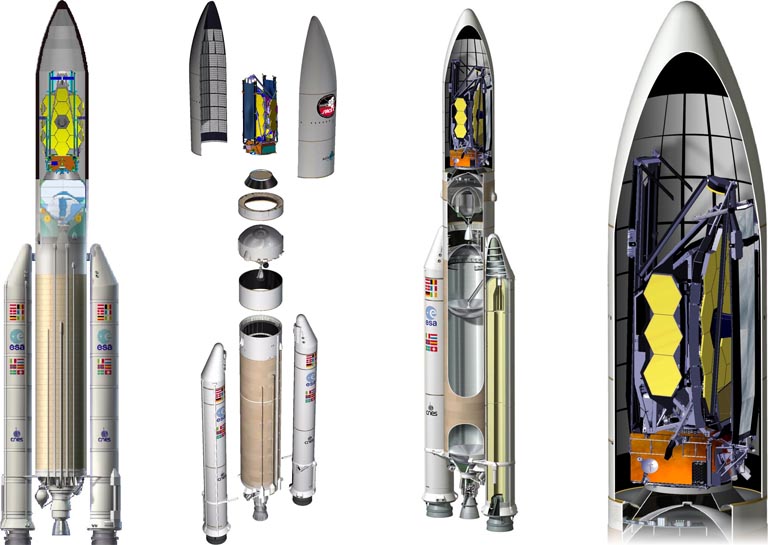 Once the Ariane 5 rocket launches, James Webb Space Telescope will start its deployment on a 30-day, million-mile voyage to the second Lagrange point.

Here is a video of the detailed deployment of James Webb Space Telescope.

Why the James Webb Space Telescope will 'profoundly change' your universe