Everything You Ever Wanted to Know About CRISPR

The DNA modifier that has got the world talking!

CRISPR has been recently making waves in the science community. However, this technology has not yet received the popularity that it deserves outside of the scientific community.

And many don’t even know what CRISPR is, and what it does. So in this article, let's have a more in-depth look!

CRISPR stands for “Clustered Regularly Interspaced Short Palindromic Repeats” and is a technology that enables scientists to edit DNA of any genome. By editing DNA, scientists can alter certain characteristics of an organism.

The discovery of CRISPR | Early development

The research on CRISPR and it’s the significant developments regarding its function and characteristics were first penned down by a researcher called Francisco Mojica in 1993. He began working on the CRISPR in the 1990s.

With each passing year, we started gaining more and more knowledge about CRISPR due to the numerous researches being conducted worldwide, with significant details revealed in 2005 where a researcher named Alexander Bolotin Discovered Cas9, a DNA cutting enzyme that allows editing in the cell’s own genome.

What is CRISPR and why is it a big deal?

To bring the spotlight on to CRISPR, we first need to look at the time before CRISPR. It was a time when scientists were trying to edit the DNA with little or no success.

However, CRISPR changed that whole scenario. With CRISPR, scientists were equipped with all the right tools needed to cut any genetic material, and the best part is that CRISPR allowed them to achieve this feat easier and faster than other methods.

CRISPR is loaded with a protein containing sequence cutting characteristics and a targeting system. How the scientists were able to identify this? Let us explain;

The anatomy of CRISPR

Viruses attack bacteria and destroy the bacteria by trying to replicate or reproduce inside of the bacteria. After a certain amount of time, the new viruses will burst out of the cell cytoplasm to infect more bacteria, killing the host in the process.

However, some bacteria have developed a defense mechanism to stop the pillage of the viruses. Their solution?

Cut the virus up into pieces when they come in contact with the bacteria. They use proteins to cut up the virus and incorporate a bit of the Virus DNA, called guide RNA (gRNA), into itself so that the bacteria can recognize the same viruses in the future and attack them readily.

The Cas9 belongs to a powerful DNA cutting protein that is much efficient at cutting more advanced and stronger viruses. One must also understand that the Cas9 is just one of among the many DNA snipping proteins that scientists use.

There are also other proteins available, namely the Cas3 which can consume the DNA instead of just cutting them.

After the scientists inject the guide RNA and the Cas9 into the bacteria, the CRISPR-Cas9 is ready.

But there is more to CRISPR than just cutting DNA and putting the genome out of commission. CRISPR is also able to attach another DNA segment to the part where it has made the cut to repair the genome.

The application of CRISPR

With the discovery of CRISPR, there has been a significant increase in the interest in this technology from various science departments. Since CRISPR gives scientists the ability to change the DNA structures in organisms, it has a wide range of applications, even on humans.

Scientists could engineer plants that can survive harsh conditions, medicines that can cure cancer without a trace, fruits that are bigger in volume and flesh, etc.

Bio researchers have started testing CRISPR on a large scale basis not just because of their amazing abilities, but also because of the fact that engineering CRISPRs is very cost effective than other genome editing methods that were in use before it.

The concerns | The ethical line

Being a tool that can edit the DNA, there are concerns hovering over using CRISPR for modifying Human genetics.

The recent news in China where twins Lulu and Nana had their genomes edited before birth is one such case that raises concerns over the use of CRISPR. Reports suggest that the twins had CRISPR enhancements to make them immune to HIV Virus.

However, the latest research showed that a gene called CCR5 was also removed from their body, which theoretically can make them better performers in school because CCR5 removal is shown to impart better memory.

Genetically modifying humans is condemned throughout the world and now, the Chinese team lead by Jiankui from the Southern University of Science and Technology, Shenzhen is now under investigation. 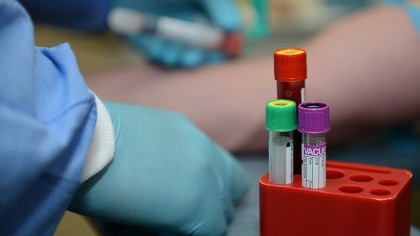 The famous neurobiologist from the University of California, Alcino J. Silva had commented on the same;

“The answer is likely yes, it did affect their brains. The simplest interpretation is that those mutations will probably have an impact on cognitive function in the twins the exact effect on the girls’ cognition is impossible to predict, and that is why it should not be done.”

Babies that are genetically modified are called “Designer Babies” and the practice itself is not considered ethical. So, there is still the cloud of uncertainty that floats atop on CRISPR and certainly, the mainstream adoption of CRISPR would require regulations and rules set in place to ensure that technology is not used unethically.

There is no doubt the CRISPR is a technology that we do not yet fully understand, and yes, we need more time developing and researching about it, helping us draw the line where it needs to be drawn,

At the same time, it is a technology that can push us in the right directions, helping us develop advanced materials and organisms that can enrich our lives.

Let’s see what the future holds for CRISPR and the human kind!