Everything You Need to Know About the Coming 5G Revolution

5G technology will help lay the framework for the coming age of the smart city.

So, what’s the big deal about 5G? You hear a lot about the coming age of 5G networks alongside terms like artificial intelligence, the Internet of Things, and big data. But why? For the uninitiated 5G is the next generation of wireless technology. Experts and businesses are extremely excited about the capabilities of 5G technology as it will change the way people live and work. 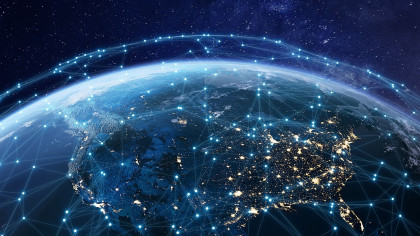 Not too long ago, we jumped from 3G networks to 4G networks, however, there was not as much hype around the switch as there was for the era of the 5G. Some people have gone to describe the switch like moving from riding in a horse and carriage to driving a car. Or, some would say that it is like switching from using a typewriter to using a computer. In short, the 5G will be revolutionary.

As stated by Eben Albertyn, Chief Technology Officer at VodafoneZiggo, "The network of the future is already being built as we speak. 5G is an important part of that. The speed of technological developments that bring about countless new, smart opportunities enriching our lives is unprecedented." And, this is not an overstatement. 5G networks will affect the way businesses operate, help us build more connected cities, smarter vehicles, boost gaming capabilities, help live streams, augment the way we communicate and even push the possibilities of virtual reality and augmented reality.”

How you play, work, and travel will be affected by the 5G network, with countries around the world competing to deploy 5G fully functional nationwide 5G networks as soon as possible. As you probably guessed, today we are going to answer some of the questions you may have surrounding 5G networks, look at how it will affect our lives, and see what experts have to say about the “the next big thing”.

So let’s do a quick refresher. 5G technology is a new cellular-network technology. Almost every major industry will be affected by 5G, becoming an important part of the way we build infrastructures, manufacture goods, experience entertainment, receive healthcare, and of course, communicate with each other. In short, it will become the lifeblood of the global economy for the next decade and beyond. Much of the hype surrounding 5G centers around three major takeaways: faster connections, faster speeds, and faster access to the cloud. And, when we say fast, we mean it. 5G will make 4G seem almost archaic.

Ericsson said it perfectly in a blog post stating, “With connectivity at the heart of industry transformation, 5G will have a key role to play—not just in the evolution of communication but in the evolution of businesses and society as a whole. On the road to 5G, operators will need to do more than just evolve networks; they will need to transform their business to address new opportunities.”

5G will offer you breakneck speeds

Again, one of the biggest promises of 5G is the faster speeds. Even more so, the new network promises lower latency. But how fast will 5G be? These next-generation networks can be up to 100 times faster than the 4G network that you are probably using right now or on average about 20 times faster. If you managed to come across an 8K video that you wanted to stream, you would have no issues doing so on the 5G network. Or maybe there is a new 3D movie you would like to download? No problem. Your new 5G network will download it in approximately 3 seconds compared to six minutes on the standard 4G.

5G will have greater bandwidth

A lot of the excitement around 5G centers around its impressive speed, however, there are a lot other great benefits from using a 5G network. The next-gen network will have much greater bandwidth, allowing it to facilitate many more connected devices at the same time and also making service much more reliable. Due to this, 5G goes far beyond just no more spotty services and smartphones. Next-generation smart homes, manufacturing facilities run by robots, smart hospitals, farmers, and virtual reality systems will all utilize this zero-latency and expanded bandwidth. Information will be processed at breakneck speeds.

Can I use 5G networks today?

Major telecommunication companies and governments are working hard to put together fully functional 5G networks. In places like the United States there are limited neighborhoods that have access to 5G. According to AT&T low-band, 5G networks are now available in over 80 cities in the United States.

Some smartphone makers like Samsung, LG, Huawei, and Motorola have already started offering their customers 5G compatible phones with Apple expected to follow later this Fall. But, we have yet to see the full potential of 5G and will probably not for another year. Nevertheless, you will definitely start seeing the rollout of 5G throughout 2020. According to CNN, to get the wireless network fully functional wireless companies are going to need to install thousands or maybe even millions of miniature cell towers on top of lamp posts, on the side of buildings, and inside homes.

5G will help the IoT reach its full potential

Another buzzword that you are sure to have heard in the past few years is the IoT, which stands for the Internet of Things. The Internet of Things or IoT for short is an ecosystem that consists of web-enabled smart devices that use embedded processors, sensors and communication hardware to collect, send and act on data they acquire from their environments.

For the IoT to work at its peak, we need 5G. The next-generation network will allow us to connect all of these devices at once with no issue. As stated by Ericsson, “5G is the foundation for realizing the full potential of IoT...5G is much more than just fast downloads; its unique combination of high-speed connectivity, very low latency, and ubiquitous coverage will support smart vehicles and transport infrastructures such as connected cars, trucks, and buses, where a split second delay could mean the difference between a smooth flow of traffic and a 4-way crash at an intersection.”

Some people are calling 5G the air in which future autonomous vehicles will breathe. For fully autonomous vehicles to work in the near future, vehicles need to be able to communicate with each other and its surroundings effectively making split-second decisions. The bandwidth and zero latency of 5G will allow manufacturers to produce safer autonomous driving systems for vehicles, connecting transportation to other people, building, street lights, etc. 5G could also accelerate the coming age of flying cars.

5G could change healthcare for the better

Again the speed and bandwidth of 5G allows it to be used to make split-second and even life-saving decisions based on data. Now, robotic surgeries are nothing new in the world of healthcare, yet 5G could make them far more common. Even more so, some experts have argued that 5G will open the gates to better healthcare across the globe for people.

According to IBM General Manager Steve Canepa in an article for Digital Trends, “5G will make it possible for surgeons to operate remote robotic surgery appliances, and conduct secure remote video-enabled patient interactions. It has the potential to eliminate massive barriers and improve access to quality health care around the globe.”

Will 5G really change the world?

The general consensus at the moment is yes. However, like with any new technology they are going to be some concerns and a long adoption time. We still might not see the full benefits of a 5G network until 2025. 5G will help create an even more interconnected world and interconnected infrastructure. The next generation of hospitals and transportation will be built on this network. What happens when someone hacks this network? Robert Spalding, the Senior Director for Strategic Planning at the National Security Council, voiced his concerns in an article for the New Yorker stating, “5G is not just for refrigerators.”

“It’s farm implements, it’s airplanes, it’s all kinds of different things that can actually kill people or that allow someone to reach into the network and direct those things to do what they want them to do. It’s a completely different threat that we’ve never experienced before.”

See Also: Exploring Whether 5G Is Really Harmful to Humans or Not

Everything We Know About The Devastating Building Collapse in Miami