Everything You Need to Know About Zealandia: Earth’s Hidden Continent

From geological insights to natural resources, Zealandia has a lot to offer the world.

You probably remember learning all about the continents during your tender years at primary school. Though this in itself is up for debate, you probably were told by your teacher that there are seven continents across this planet that you call home.

If anything, you have probably taken that fact and stored it away in the back of your mind for the day you need to pass on that knowledge to another curious child.

Yet, the idea that there seven continents across the planet is not entirely correct. What if you were told there was an 8th continent? 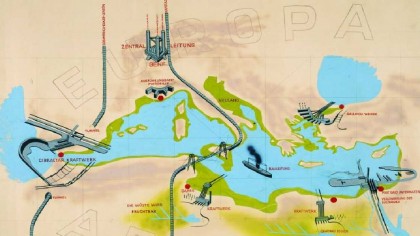 So if you are still here for the ride, yes there is, in fact, another continent. Situated in the South Pacific, underwater, Zealandia is the 8th continent you never knew about.

Officially discovered rather recently, the continent represents a healthy dose of questions and even answers regarding the planet’s infant year’s and where the Earth may be headed in the distant future.

Here is everything you need to know about the continent Zealandia, a land mass that will help scientists better understand the continents.

What Defines a Continent?

Before making shore on Zealandia, one should understand what factors influence a scientist’s decision to call a landmass a continent. Scientists are not walking around picking random landmarks and calling them new continents.

First and foremost, a continent must have an elevation above that of the ocean floor surrounding it. Once you have found your massive land, the crust of your new continent must contain a wide range of igneous, sedimentary, and metamorphic rock.

Next, the crust of the continent must be thicker and less dense than the oceanic crust. Finally, and one of the most obvious check boxes, your new continent must actually be large enough to call itself a continent officially. Zealandia meets all these criteria.

Now that you officially know Zelandia is a continent, it is time to get to the basics. Sitting comfortably submerged next to Australia, Zealandia is relevant beyond just being a newly discovered land mass. If anything Zealandia could provide scientist’s a few clues to the Earth’s formation.

Zealandia has a land mass of approximately 4.9 million square kilometers, with only 7% of the continent sitting above sea level. Interestingly, these areas include parts of New Zealand, New Caledonia, and the Ball's Pyramid; a volcano that was formed 6.4 million years ago.

Almost the same size as the Indian subcontinent, it is believed that Zealandia sank into the ocean somewhere between 60 to 85 million years ago, making a break away from the landmass Gondwana, an area that was once part of Australia.

Now It Is Official

Due to the efforts made by scientists in 2017, the scientific community has fully embraced Zealandia as a continent. In September of that year, 32 scientists from 12 different countries took a two-month expedition to the landmass.

The team studied Zealandia to see what the unknown continent has to offer. Scientists drilled deep into the seabed to collect 2,500 meters of sediment samples over six areas at a depth of 1,250 meters.

Not only was the research team able to analyze the geography, climate and volcanic activity of Zelandia over the last 70 million years, the team was also able to confirm that Zealandia meets the requirements of a continent.

The Zealandia area offered researchers a tremendous amount of geological and environmental insights. Samples of the continent paint a very different picture about the climate years ago, and also provides clues to how the plants and animal evolved in the South Pacific.

As stated by co-chief scientists Gerald Dickens of Rice University, “The discovery of microscopic shells of organisms that lived in warm shallow seas, and of spores and pollen from land plants, reveal that the geography and climate of Zealandia were dramatically different in the past.”

Zealandia Will Become a Continent

In the near future, you may see Zealandia as a continent in one your child’s textbooks. For the past 20 years, geologists have been hard at work researching the new continent and pitching the land as an independent continent. If approved, Zealandia will become the world’s seventh and smallest continent.

It Is Not Completely New

Though it wasn’t completely confirmed until this past decade, scientists have known about Zealandia as early as 1919. During that time period, it was referred to as the Tasmantis Complex.

It was not until the mid-90s when geophysicist Bruce Luyendyk coined the name Zealandia, to represent the name of the surrounding land, New Zealand, the Chatham Rise, the Campbell Plateau, and the Lord Howe Rise.

As history has consistently taught us, when any landmass is discovered, geopolitics is sure to follow. Zealandia is no different and could affect the geopolitical relationships of the region.

Recent research has confirmed that the continent large amounts of mineral deposits, fossil fuels, and natural gas fields. For now, most of the resources fall under the jurisdiction of New Zealand.

We Are Probably Living in a Simulation, Here's What You Need to Know About Simulation Theory