The Evolution of Urban Planning 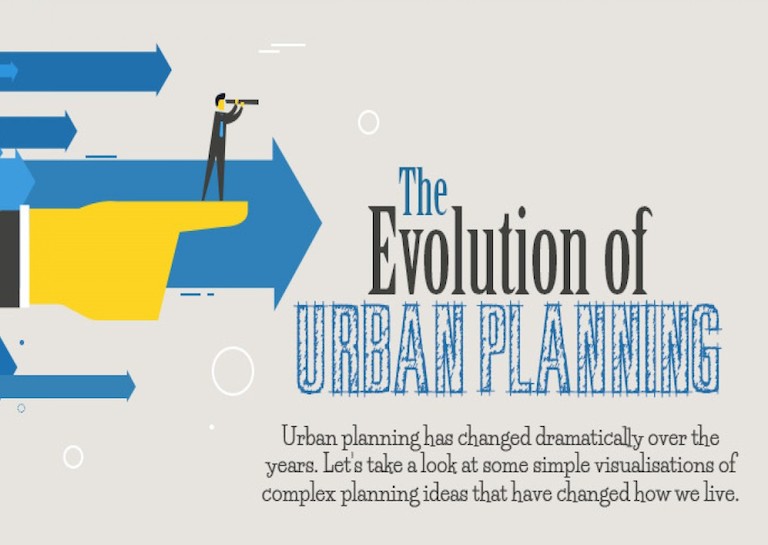 Year after year, urban planning has changed radically. The building of cities and towns has a multifaceted and complex history. Although urban planning has only been recognized as an urban profession for less than a century, cities all over the world highlight the different elements of conscious design including everything from layout to functionality. Cantrell Crowley created this infographic that takes a closer look into the evolution of urban planning.

Since the dawn of time, cities have provided protection from outside forces and have been centers of government. In history, during attacks, the surrounding countryside rural community fled behind cities’ walls and fortresses, where defense forces assembled to resist the enemy. With the introduction of modern aerial warfare, cities have become key targets for destruction rather than safe zones.

Consequently, over time, the needs of cities changed. The concentration of talent, economic surplus and the mixture of peoples have allowed for a grounds of the evolution of human culture, from the scientific research to technical innovation. From Giambattista Nolli to Jean Gottamn, architects have created some of the most influential urban designs in history. Let’s take a look at this infographic that has some simple visualizations of complex planning ideas that have changed how we live. Hopefully you will find it interesting!

Inside the World's Longest-Running Evolution Experiment