It is just over a month since Hurricane Maria made landfall with Puerto Rico. 84% of the island is still without power and doctors have been photographed using cellphones to light surgical theatres.

Doctors in Hurricane Maria stricken Puerto Rico are being forced to perform surgery with just the light from cellphones as 84% of the island is still without power. The former governor of the island Alejandro García Padilla tweeted a photo of doctors working in an operating room in low light and the surgical theatre appears to be only lit by hand-held cellphone lights. Garcia captioned the shocking images, saying “This is what POTUS calls a 10!” in response to President of the United States, Donald Trump, claiming the Republicans Administration's response to the disaster has been a 10/10.

This is what POTUS calls a 10! Surgery performed with cellphones as flashlights in Puerto Rico today. pic.twitter.com/5pnK5dkkE6

It is just over a month since Hurricane Maria made landfall with Puerto Rico leaving 49 dead. Most of the island is still without power and 28% lacks running water. While the photo has not been confirmed by a third party, the tweet caused a flood of response from Puerto Ricans begging for help and for power to be restored. 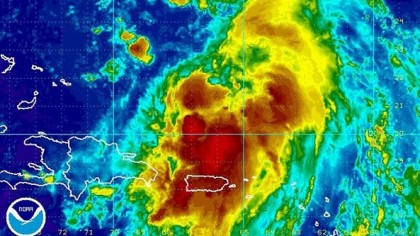 Last Thursday Trump appeared in a press conference with current governor Ricardo Rosselló and claimed that his administration's response to the devastation had been a ‘10’. San Juan Mayor Carmen Yulín Cruz had a different view on the rating says he would call the crisis response a “10 out of a scale of 100,” which is “still a failing grade.” The President was desperate for validation during the press conference repeatedly asking Governor Rosselló, “Did the United States, did our government—when we came in—did we do a great job? Military, first responders, FEMA. Did we do a great job?”

One of the main methods of providing relief for the region has been to station the state of the art, floating hospital the USNS Comfort off the coast of Puerto Rico. But local clinics are still being overwhelmed by patients as many people simply can’t access the ship due to bureaucracy, and a lack of medical transport. The ship has the capability to perform a range of surgeries as well as post-operative care but only 33 of its 250 beds are being utilized. Medical clinics on the island say they have no idea how to send patients to the ship for treatment.

"Deep from the Heart"

Five former US presidents are joining forces this weekend to host a massive charity concert called “Deep from the Heart: One America Appeal Concert”. The sold-out show will be held at the Texas A&M’s Reed Arena on Saturday. President Trump won’t be making an appearance at the much-publicised event but has recorded a scripting message for the attending crowds. In the video, Trump appears to be reading the message from a teleprompter, saying, “In the aftermath of these terrible storms, the American people have done what we do best: We came together, we helped one another, and through it all, we remained resilient.”

His lack of appearance at the event is being credited criticism from both former president George W. Bush and former president Barack Obama this week. Both of them made references to the sitting president in separate speeches this week. While neither named Trump, it was undoubtedly clear who they were referring to. George W. Bush was quoted as saying, “Our politics seems more vulnerable to conspiracy theories and outright fabrications.” While Obama commented during a speech in Virginia, “Instead of our politics reflecting our values, we have politics infecting our communities."