Ex-Uber CEO Travis Kalanick's Next Project Is Real Estate, And He Is Hiring

Ex-Uber CEO Travis Kalanick will become the CEO of a real estate startup called CSS, which will focus on repurposing 'distressed' properties to make them ready for the digital age.

Ex-Uber CEO Travis Kalanick has revealed his new job - and it’s in real estate. The former boss of the ride-sharing business announced his latest plans via Twitter.

Kalanick has said he will invest $150 million of his own cash into real-estate business City Storage Systems LLC (CSS). CSS will ‘repurpose’ parking lots and other ‘distressed’ real estate areas for ‘the digital era’.

He suggested in the announcement that the company would have a B2B focus on CloudKitchens and CloudRetail. Kalanick will head the operation as CEO and is looking to employ 15 people to create the team.

The move to CSS comes out of a new venture fund called 10100 that Kalanick built using the money from the sale of his 30% stake in Uber which landed him about $1.4 billion. 10100 will reportedly invest in e-commerce and companies in China and India, as well as nonprofit investments in education and city infrastructure as well as the creation of the for-profit company CSS.

Talents interested in working for the new startup are encouraged to apply for the job by emailing him. Future employees might want to do a little research on Kalanick first though.

He was ousted from Uber last June under pressure from investors after reports that Kalanick was encouraging a culture of machismo and sexism within the company.

Various blog posts form ex-Uber employees have also shed light on systematic sexism within the company that contributed to the pressure for Kalanick to leave after he failed to seriously address the concerns.

A video of him arguing with an Uber driver over tariffs also came to light and it is was recently reported that Kalanick now uses a private driver.

New employees at CSS will be working businesses in the domain of CloudKitchens. If you are unfamiliar with the term, these enterprises are commercial restaurant kitchens that don’t open to the public for sit-down eating but exclusively do delivery. 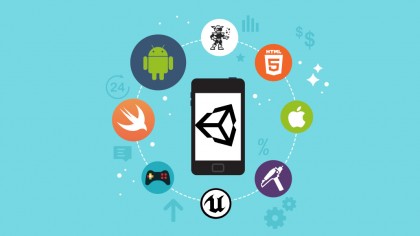 You Can Start Developing Your Own Games with This Course Bundle

As the demand for food delivery grows these kitchens make a lot of sense, restaurants can focus on food that delivers well and do it in an efficient manner without the distraction of running a traditional bricks and mortar restaurant.

Critics of CloudKitchens and other ‘Cloud’ enterprises are concerned about the demise of the liveliness of streets and suburbs if these type of services take over key pieces of real estate.

They also contribute to the gentrification of areas and the increased real estate sales in the surrounding areas can cause low-income earners to be priced out of neighborhoods.

But only time will tell. Many online have been speculating about 10100 represents. Business Insider reported that the number is a reference to Kalanick’s childhood home and is likely to be a tribute to his mother who passed away last year.

How It Works: 13 Famous People Brought Back to Life as Holograms