Exclusive Interview with a BioRobotics Researcher 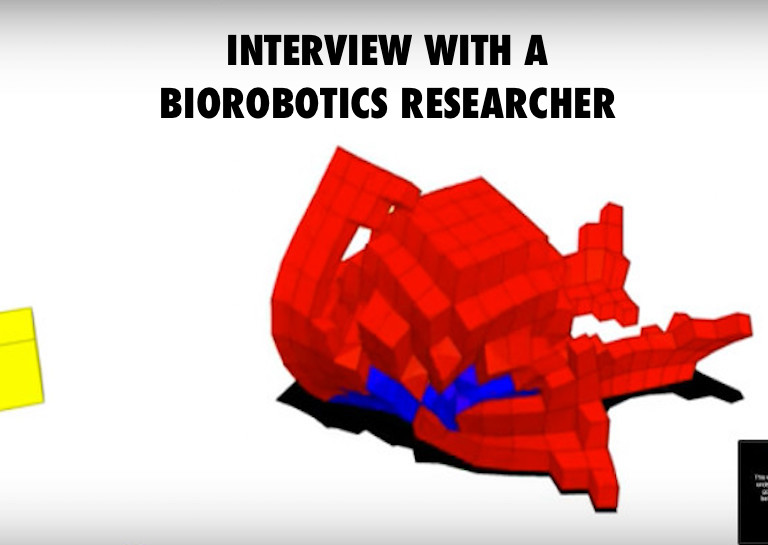 We had the unique opportunity to interview Francesco Corucci, a Phd Fellow at the BioRobotics Institute. As we aren't researchers ourselves,here are the unedited answers by Francesco instead of  paraphrasing or rewording his message.

What enabled you to be the top of your class? Were you really focused? Passionate? Determined? Super intelligent?

I think curiosity and determination were important qualities.

What did you want to be as a kid?

Francesco: I did not have a persistent idea in mind of what I wanted to become. I kept asking myself "what do you want to do in the future?" while growing up, and kept refining the answer. Especially during university years, it almost become an obsession. Sometimes it is difficult for me to "enjoy the trip", as I spend too much energy trying to plan ahead. I think a good balance is needed between planning and staying focused on the "here-and-now". Anyhow, I like what I am doing now, but I am not sure I have found a final answer to this question.

How long has it been since you graduated?

Do you see yourself as an entrepreneur or more of a researcher? Are you working towards some goal?

Francesco: In this moment I am very research-oriented (but never say never). The ultimate goal of my research is a very ambitious one: to understand the general nature of intelligence and cognition by implementing mechanisms that allow robots to evolve, grow and develop similarly to biological creatures, possibly reaching similar levels of complexity, diversity, adaptation and sophistication.

Do you want to build a robot? If so, what purpose will it serve? 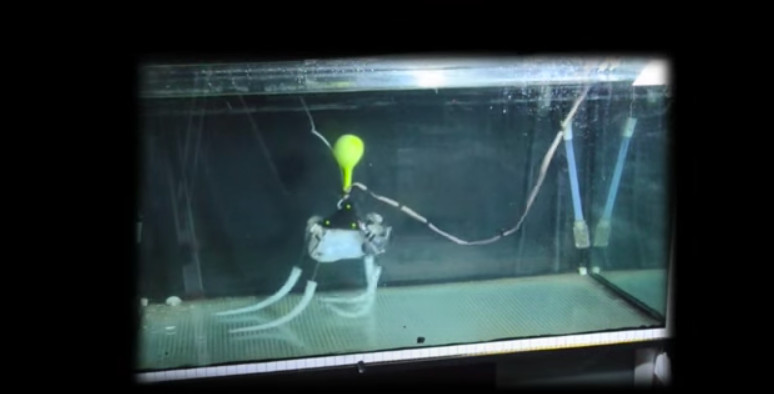 Francesco: In the past three years I've in part contributed to the development of a soft underwater robot named PoseiDrone, developed at The BioRobotics Institute of Scuola Superiore Sant' Anna in Pisa, Italy. However, even in the context of this project, in which a real robot was involved, I mostly worked in physically-realistic simulated environments, better suited for the kind of artificial intelligence techniques I use and investigations I'm interested in at the moment.

I try to mimic natural processes such as evolution and development, and use them to evolve intelligent and adaptive robots from scratch (both their brains and bodies), with no need of human intervention.  These techniques require to be able to alter both the brain and the body of the robot, and test each robot generated by the algorithms to see how well does it behave (e.g. how far does it walk, if we are interested in designing a walking robot). 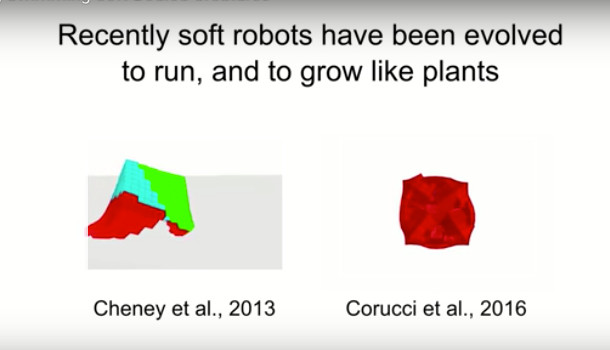 With thousands of robots being automatically generated, this is rather impractical to implement this procedure in the real world, which poses many technological problems. As an example, it is not easy to have a plastic robot which can adapt its shape on the fly, in the real world. Also, testing one robot design in the real world can only be done in real-time. Inside the computer, we have more freedom, and we can sometimes speed things up (e.g. run the physics engine faster than in real time, and parallelize the evaluation of each design being generated by the algorithm using massive computer clusters).

Although this procedure is performed in simulated worlds, the results often provide valuable insights that to roboticists and biologists. This is due to the fact that we are able to istantiate evolutionary and developmental dynamics similar to those observed in the natural world, and study what happens under different circumstances. This is a very intriguing aspect of these approaches. With bio-inspired robotics we take inspiration from the results of a single evolutionary trajectory, which is what happened during the history of evolution on our planet. Although this procedure can offer many valuable insights, it is, in a way, limited.

Biological creatures are the results of continuous incremental adjustments to cope with a changing environment. They are not optimal for a given task and environment as if they evolved from scratch to do a single thing (e.g. walk) in the current environment.They evolved to cope with challenges such as survival, foraging and reproduction, which are not, usually, of interest for robots.

Also, the "design" solutions we can observe in animals are constrained by the biological substrate that evolution had to work with (e.g. cells): robots are not limited to that, and can exploit all the technology that was invented by humans (e.g. electrical motors, all sorts of materials, etc.). With evolutionary and developmental robotics, we replicate the processes, non the products, which can provide far deeper insights, often producing astonishing and surprising results. What would evolution produce if, at some point, an electrical motor was evolved?

With evolutionary robotics we can ask this and many other questions. We can simulate many different worlds and evolutionary trajectory, and stare at the computer while these worlds unfold before our eyes.
Moreover, although there are some technological barriers, is it possible to use this kind of approaches to design real robots as well, e.g. 3D print the results of an evolutionary simulation that ran inside the computer. A famous example is the Golem project developed by Lipson and Pollack back in 2000. You can see this below.

Francesco Corucci is a PhD Student in BioRobotics at The BioRobotics Institute of the Scuola Superiore Sant'Anna (or, Sant'Anna School of Advanced Studies, in English), as well as Visiting PhD Student / Researcher in the Morphology, Evolution & Cognition Laboratory, Vermont Complex Systems Center, University of Vermont, USA.