Exercising in the Evening Does Not Hinder Sleep, Might Reduce Appetite

A new study is questioning the long-standing belief that exercise in the evening hinders sleep.

Although likely not a fact, there has been a long-standing belief that exercising in the evening hinders sleep. Now, new research from Charles Sturt University in Australia has been revealed stating that high-intensity exercise in the evening does not affect subsequent sleep, and may also reduce appetite.

The study followed eleven middle-aged men who were asked to exercise for 30 minutes in the morning (6 - 7 am), afternoon (2 - 4 pm) and evening (7 - 9 pm).  The test subjects had to perform high-intensity cycling. They then had their hunger evaluated through blood collections examining appetite-related hormones and their sleep stages assessed. 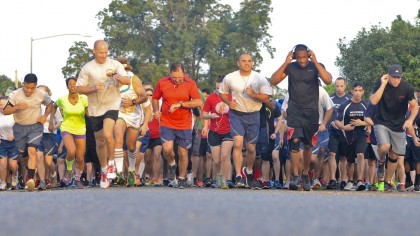 Ghrelin is a pesky hormone that often increases during a diet, intensifying hunger. It is notorious for making it hard to lose weight. It is also said to affect sleep/wake cycles which may explain why a reduction of the hormone brought on by exercise resulted in undisturbed sleeping patterns.

The study also found some interesting variations when it came to power outputs showing subjects were better at exercising in the evening.

"Interestingly, power output during the sprint efforts was higher for the afternoon and evening trials compared to the morning trial, indicating that participants were able to perform better during latter parts of the day. Therefore, time-of-day may also need to be considered when planning training schedules," said Penelope Larsen, lead author of the study.

However, it should be noted that the study's sample size and exercise scope were small and not varied. To better assess the impacts of evening exercise a bigger more diverse sample size would be necessary as well as more exercise routines.

"In the future, we hope to conduct similar studies recruiting women, to determine whether sleep and appetite responses may be different depending on sex. Also, this study only considered a single bout of exercise; therefore, it would be beneficial to investigate long-term sleep and appetite adaptations to high-intensity exercise training performed either in the morning, afternoon or evening," added Larsen.

The study is published in Experimental Physiology.