A remarkable finding shows that the famous medieval sultan may have died from Typhoid.

It is unlikely that most people remember the name, Saladin. The history knows him as the first sultan of Egypt and Syria. The modern world might not be acquainted with his name because Saladin lived in the 1100s.

He was born in 1137 and was named An-Nasir Salah ad-Din Yusuf ibn Ayyub, commonly known as Saladin. He was a fierce ruler, and his sultanate included places like upper Mesopotamia, Yemen, the Hejaz and parts of North Africa when he was at his peak.

In essence, Saladin was a heroic figure who ruled many kingdoms that he won against the Crusaders. However, the death of the valiant king was shrouded in mystery.

Saladin passed away two weeks after contracting an unknown illness. He was only 56 at the time of death, and this happened in 1193.

The modern historians also believed that the Sultan surrendered to some form of fever until Dr. Stephen J. Gluckman came up with a remarkable finding. He theorized that the cause of death of the sultan is typhoid, which was a common bacterial disease in the region at that time.

Dr. Gluckman is the Professor of Medicine at the University Of Pennsylvania School Of Medicine and has earned an MD in his field of study. 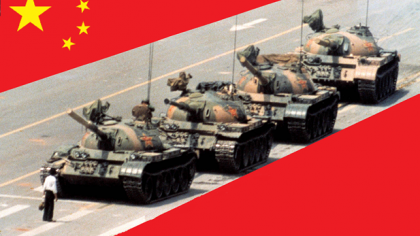 From the Zodiac Killer to the Babushka Woman: 10 Famous People We Know Nothing About

One must know that the medication for typhoid was not developed until the 12th century. In modern times, we can easily treat typhoid with a combination of antibiotics.

But at the time of the Sultan, many didn’t know the diagnosis of this bacterial disease. Dr. Gluckman shared his diagnosis report on the 25th Annual Historical Clinicopathological conference, which was held at the University of Maryland School of Medicine last Friday.

In the case of Sultan Saladin, Dr. Gluckman did an extensive study on the medical history of the Sultan. This in itself is a herculean task as it meant going through pages of history and constructing the life study of a man who lived in the 1100s.

In his own words, "Practicing medicine over the centuries required a great deal of thought and imagination. The question of what happened to Saladin is a fascinating puzzle."

Typhoid can become life threating if left untreated. At the time of the Sultan, there was no medicine that was discovered to treat typhoid.

Saladin was a noble ruler who spread Islam through Jerusalem. He was particularly known for his generosity towards enemies and always treated them with respect.

It is incredible how we can reach back into history to unwind the mysteries of the past. With modern technology, past seems within our grasps of mind and matter.

Via: UM School of Medicine

Deforestation Leads to Spread of Diseases from Animals to Humans, as per Researchers