An open statement signed by 156 experts is calling out the European Parliament for proposing to assign robots a special legal status. This status would absolve manufacturers of their machines' actions.

Legal, technology and commerce experts from 14 countries have signed an open letter addressed to the European Parliament in opposition to a report which proposed granting personhood status to robots. The 156 experts included law professor Nathalie Nevejans from the CNRS Ethics Committee and emeritus professor of AI and robotics Noel Sharkey from the Foundation for Responsible Robotics.

“From a technical perspective, this statement offers many bias [sic] based on an overvaluation of the actual capabilities of even the most advanced robots, a superficial understanding of unpredictability and self-learning capacities and, a robot perception distorted by Science-Fiction and a few recent sensational press announcements,” the open statement says.

The letter goes on to express concerns with a paragraph mentioned in a 2017 European Parliament report which indicates that self-learning autonomous robots could be given a "status of electronic persons." This legal status of sorts would allow manufacturers to insure their robots as individuals so that any crimes the machines commit would not become the liability of their creators.

The parliament says the law would concern only the “most sophisticated autonomous robots” and would not grant robots human rights, such as for example the right to vote. Instead, the law would seek merely to ensure liability for any wrongdoings or mishaps would reside with the machine. 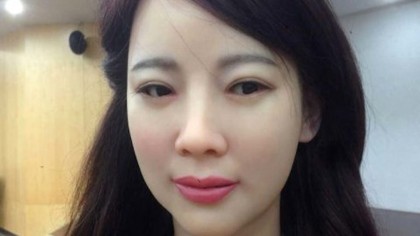 It is with this line of thinking that the signatories take issue. Navejans told Politico: “By adopting legal personhood, we are going to erase the responsibility of manufacturers.”

The open letter goes on to explain in detail why assigning personhood to robots may even constitute a human rights violation:

“A legal status for a robot can’t derive from the Natural Person model, since the robot would then hold human rights, such as the right to dignity, the right to its integrity, the right to remuneration or the right to citizenship, thus directly confronting the Human rights. This would be in contradiction with the Charter of Fundamental Rights of the European Union and the Convention for the Protection of Human Rights and Fundamental Freedoms.”

The letter also brought attention to the fact that society is on the path to having to deal with the ethical and legislative ramifications of the introduction of intelligent machines in the world. Philosopher and expert in robot ethics at Florida A&M University Michael LaBossiere told Gizmodo that “we should work out the moral and legal issues now so as to try to avoid our usual approach of blundering into a mess and then staggering through it.”