Exposure to Nicotine Can Harm Embryos at the Single Cell Level

In a recent report presented by researchers at the Stanford University School of Medicine, researchers took an in-depth look at the effects of nicotine on individual organs and cells within the developing fetus.

Though the results are not completely revolutionary and earlier studies have pointed to the same outcomes, these insights are important as the world’s demand for nicotine products continues to increase.

Though smoking is on the decline in the decline in Western countries, with governments heavily taxing tobacco companies and implementing smoking restrictions, for the rest of the world the number of smokers is growing considerably.

The Dangers of Smoking

In the study posted in the journal Stem Cell Reports, Stanford researchers presented that exposure to nicotine can create adverse effects on human embryonic development at the level of individual cells.

Smoking during pregnancy can be attributed to an increased risk of birth defects such as miscarriage, growth restriction, and premature birth. However, the dangers do not stop there, according to researchers maternal smoking can also be tied to long-term adverse neurobehavioral, cardiovascular, respiratory, endocrine, and metabolic outcomes to the future child.

New nicotine products like the very popular reemergence of the e-cigarette are slowly reducing the negative stigmas of smoking among teens, adults, and even pregnant women. The new study hopes to reinforce the very real dangers of nicotine. 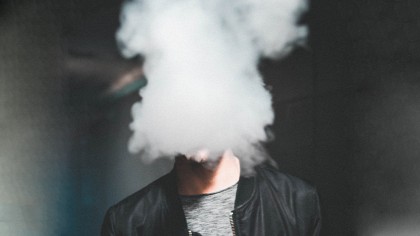 "These results are especially important in that they provide a scientific basis for educating the public, especially young women, to keep away from smoking when they are pregnant or considering having a family," states senior author Joseph C. Wu of the Stanford University School of Medicine.

"Nicotine found in products such as tobacco, e-cigarettes, and nicotine gums may have wide-ranging, harmful effects on different organs of a developing embryo during pregnancy."

A New Way To Examine the Effects of Nicotine

Previous Nicotine studies were limited to animal subjects and bulk RNA-sequencing analysis, not allowing to investigate effects at the single-cell level, making it difficult for the researchers to fully understand the underlying molecular mechanisms.

The team was able to use single-cell RNA sequencing to analyze the effects of nicotine over a 21 day period on the transcriptomes of a total of 12,500 cells generated from hESC-derived embryoid bodies.

In short,  the long-term exposure to the nicotine drastically decreased the survival rate of the cells. Not only does this new method of analysis provide a new way to examine cells and disease, the Stanford study offers even stronger evidence against maternal smoking.

Changes in Agriculture, Diet Can Feed the World Without Harming the Planet