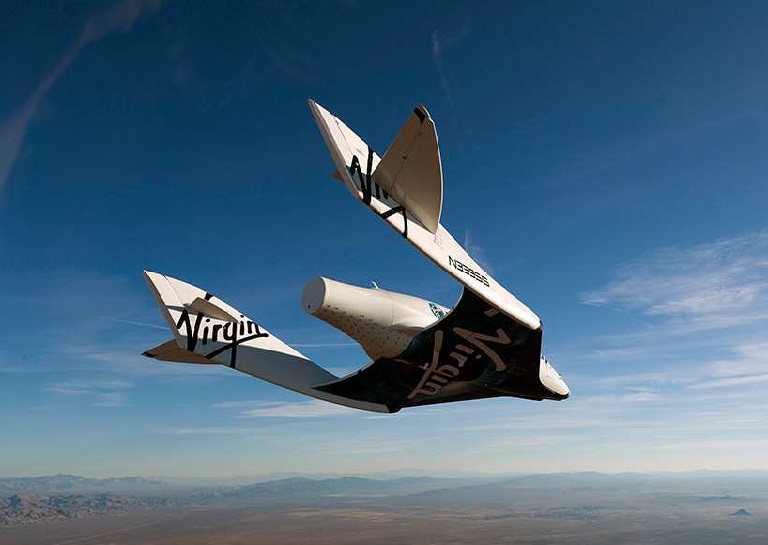 Space tourism is dawning upon us with Virgin Galactic obtaining an 'Operational License' from the U.S. Federal Aviation Administration’s Office of Commercial Space Transportation (FAA-AST) after successfully running taxi tests with their new spaceship,  SpaceShipTwo.

On August first, Virgin Galactic achieved two significant milestones by receiving permission to operate commercially by the FAA, and successfully running a taxi test. The license awarded by the FAA was awarded after a lengtHy several- year, in-depth analysis of the spacecraft in order to determine viability. However, after a heavy analysis running through the vehicles system functionality, safety analysis, and flight trajectory analysis, the FAA approved Virgin to conduct experiments with launch and entry, as well as fly humans into space.

“The granting of our operator license is an important milestone for Virgin Galactic, as is our first taxi test for our new spaceship. While we still have much work ahead to fully test this spaceship in flight, I am confident that our world-class team is up to the challenge.”

Space is incredibly explosive. While it consists of the rest of the entire universe, only 555 people have been to space. As for the rest of humanity, soon the unprecedented opportunity may arise for regular civilians to access space. Virgin Galactic is at the forefront of that Vision with the hopes to democratize access to space in order to help drive the human race further than ever before.

The spacecraft that will lead the mission is Virgin's high-tech SpaceShipTwo. The craft will sit atop the host aircraft WhiteKnightTwo that will bring the spaceship to a high altitude of about 50,000 feet before releasing it. After a brief free-fall, booster rockets will accelerate the craft to Mach 3.5, driving the rocket towards space.

"As SpaceShipTwo coasts up into space, our astronauts will leave their seats and experience true, unencumbered weightlessness. The pilots will maneuver the spaceship in order to give the astronauts the best possible view of Earth and the blackness of space from vehicle’s twelve large cabin windows"

The mission will last several minutes, providing true, unencumbered weightlessness. The craft will then prepare for reentry. As the spaceship re-enters, a computer guiding system will hone in on the runway as two wings return to their flight position, all while slowly negatively accelerating the craft. The duality of the craft enables it to act as both a capsule and a winged vehicle to enhance comfort at various stages of re-entry.

The engine that will power the mission will be a hybrid rocket motor that combines both the element of a solid rocket and liquid rocket by utilizing solid fuel sources as well as a liquid oxidizer. In total, the ship will be able to carry 8 people simultaneously, repeatedly.

According to Inverse, those who are speculated to have already reserved the US $250,000 down payment include Paris Hilton, Tom Hanks, and Angelina Jolie. Perhaps one day soon, humans will explore the outer regions of space and learn to appreciate the minute scale we as humans accumulate in the universe. As engineers push the boundaries of technology and innovation, there still could be hope to make all humans recognize the necessity to come together as one as to continue to reach beyond the limitations and setbacks currently being experienced on Earth right now. It could very well one day be a future space company that awakens the realization, importance, and dire necessity of collaboration in demonstrating what is possible through teamwork, dedication, and peace by bringing humans to the outer reaches of space.