The social media behemoth is fighting the appeal on principle rather than disagreeing with the ICO's findings about the Cambridge Analytica scandal.

Facebook has filed an appeal against the £500,000 penalty, claiming it was unjustified.

The Information Commissioner's Office initially fined the social media giant in the wake of the Cambridge Analytica scandal. Facebook had until recently to launch their appeal or accept the fine.

Facebook is not disputing the fine on the basis of disagreeing with the Cambridge Analytica findings, but "on basic principles of how people should be allowed to share information online."

Initial reports noted that some 1.1 million UK-based users had their details exposed. However, Cambridge Analytica claimed it only ever licensed data of 30 million people, and no UK citizens were part of that 30 million. 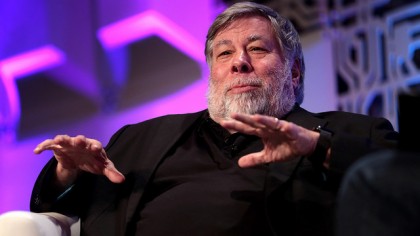 Despite that, the ICO put the maximum penalty possible on Facebook for its UK members.

"The ICO's investigation stemmed from concerns that UK citizens' data may have been impacted by Cambridge Analytica, yet they now have confirmed that they have found no evidence to suggest that information of Facebook users in the UK was ever shared by Dr Kogan with Cambridge Analytica, or used by its affiliates in the Brexit referendum," said a statement from Facebook's lawyer Anna Benckert.

Benckert continued with her statement:

"Therefore, the core of the ICO's argument no longer relates to the events involving Cambridge Analytica. Instead, their reasoning challenges some of the basic principles of how people should be allowed to share information online, with implications which go far beyond just Facebook, which is why we have chosen to appeal.

"For example, under the ICO's theory people should not be allowed to forward an email or message without having agreement from each person on the original thread.

"These are things done by millions of people every day on services across the internet, which is why we believe the ICO's decision raises important questions of principle for everyone online which should be considered by an impartial court based on all the relevant evidence."

According to reports from the Guardian, the ICO has yet to comment on Facebook's appeal and rationale behind that appeal.

Mark Zuckerberg will still be cross-examined by MPs in the UK similar to his testimony before the US Congress in April of this year. However, Zuckerberg did decline a request from the governments of the UK and Canada to appear before a "special joint parliamentary hearing" about fake news and data privacy.

Facebook hasn't had the best public appearance over the last week. The New York Times published a scathing expose on how the company publicly dismissed claims that it was spreading misinformation. The company's response to the incident even led to Bloomberg writing an editorial titled "Facebook Needs to Change."

"Some of the company’s abuses can indeed be remedied legislatively," the paper's editorial board wrote. "Demanding more transparency about data breaches and about who’s paying for Facebook ads would be fully justified. Congress should also probe whether social media is harming mental health, particularly among the young. Further investigation into how it may be corroding politics — not just through ads, but by encouraging polarization, extremism, “filter bubbles,” and so on — would be welcome."

Interesting Engineering will continue to monitor this story and add breaking news as it becomes available.