Facebook Denies Listening to Your Conversations to Target Ads

Facebook has again denied they are listening to you to target ads. Rob Goldman, VP of advertising tweeted the denial.

Facebook has again denied the fact that the social media app is using your phone's microphone as a tool to target advertising. Rob Goldman, the head of advertising at the social network, made the denial in response to a question form the hosts of tech podcast Reply All. Goldman tweeted “I run ads product at Facebook. We don’t – and have never – used your microphone for ads. Just not true,”

Reply All is taking phone calls today. Call us if you believe that Facebook uses your mic to spy on you for ad reasons. 3PM ET. 917-267-5180

Facebook users all over the world have reported weird coincidences where Facebook advertising has matched to recent conversations that are otherwise unrelated to their online activity. Canadian Neville Black posted a video a year ago in which he and his wife intentionally talked about cat food to test their facebook listening theory. After assuring viewers that neither he or his wife had ever searched for cat food, they have a slow deliberate conversation about buying cat food. Two days later, his wife’s Facebook profile was inundated with ads for cat food. Many other similar stories were tweeted at Goldman in response to his original post.

Facebook has an official statement about their microphone use on their homepage it states “Facebook does not use your phone’s microphone to inform ads or to change what you see in News Feed. Some recent articles have suggested that we must be listening to people’s conversations in order to show them relevant ads. This is not true. We show ads based on people’s interests and other profile information – not what you’re talking out loud about.”

You can allow the Facebook app to access your microphone for use in calls or to use the feature that allows your phone to detect background audio when making posts so you can tag a sign of tv show in your post. In response to a lot of criticism for the feature, Facebook released a lengthy Q&A section on its website about what the company can and can’t do with its captured audio. 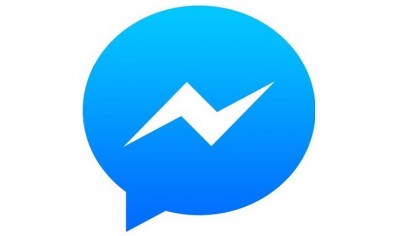 As well as ads on your Facebook page, advertisements can now also appear in your messenger app. Facebook, however, is quick to point out that users are still in control about the content they see. "All conversations between businesses and people must be initiated by the person receiving the messages, who can then mute or block the business at any time," wrote Product Manager Seth Rosenberg.

The condition business can engage with potential customers is pretty strict and is laid out in detail in the Facebook develop guidelines. Facebook has more than 2 billion monthly active users which equals to a lot of potential advertisement money. In fact, the social media giant makes about 8 billion USD per year from its advertising revenue.

Via: BBC, The Guardian