Facebook have teamed up with Tel-Aviv University to develop software that can turn your still image into an expressive video.

Facebook has developed a way for your profile picture to smile at the person giving you a like, similar to the moving portraits seen throughout the Harry Potter franchise.

"We’ve shown that reactive profile pictures are possible," says Hadar Averbuch-Elor at Tel Aviv University, who conducted the research as part of a collaboration with Facebook.

Creating a picture that can scowl, wink or smile at people viewing your profile requires only a single image of a face as input. This single image is then turned into a sort of animation using a base video of someone doing a series of facial expressions. These expressions are then mapped to the still image which is warped to match the movement of the video. Sounds slightly creepy, particularly as the person in the base video doesn't need to have any resemblance to the person in the future profile picture. But in a study completed by the scientists more than half the people that saw the animated images thought that they were real videos.

Images can portray any expression

Any expression could be mapped onto your face, including expression that isn't in your ‘expression vocabulary’. One flaw in the system is the way that people smile. Often a big smile reveals a person's teeth, but the system doesn't know what the still images teeth look like, so substitute teeth are added to the animated version. Averbuch-Elor said, "We found that if we change the teeth people don’t notice too much."

The systems that create the animations are improving all the time; for now, the reactive pictures could be used to respond to the way a person is reacting to posts on someone’s timeline, but in the future could become advanced enough be integrated into the Messenger App for more realistic communication. Averbuch-Elor says: “I think eventually they will be completely indistinguishable from real videos.” The project will be presented at the Conference on Computer Graphics and Interactive Techniques in Bangkok, Thailand later this month.

If this all sounds very familiar to you, then you have probably read Harry Potter. In the popular book series, the portraits that hang in the wizarding school of Hogwarts are able to move about and respond to overheard conversation. Facebook has added several profile picture features in recent years to make the most important photo on your profile stand out. 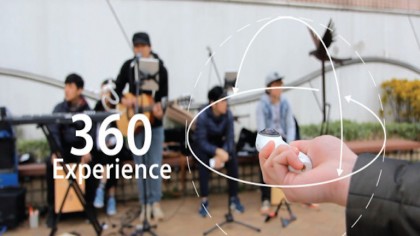 Say Goodbye to Boring 2D Pictures with the SnapCam

The most commonly used of these is likely to be the temporary frame or filter that can be added to your picture to support a cause for a particular time frame. Think ‘I stand with Paris’ or the transparent rainbow flag filter to support marriage equality. The other less used feature allows your profile pic to be a short video. The video clip can only be a few seconds long, and it will play on loop, and only accessible via the Facebook Android or Apple app.

For those that worry about where their profile pictures may end up, Facebook is developing safety options for its profile pics that will reduce the risk of them being downloaded and used inappropriately. The feature which will have a test rollout in India prevents people from being able to download or share your image. It also prevents people ability to be able to screenshot your profile page. Unfortunately, most of the development is only currently available for the Android app. Work on the safety feature is continuing.