Facebook acquired Oculus over three years ago. When the announcement was made, virtual reality fans were intrigued by the notion of a VR realm with Facebook's immense personal data. Facebook finally launched its first foray into integrating that social media with the Oculus system.

Facebook Spaces can be found on Oculus Rift + Touch. It's the first real sign to the public of how Facebook wants to socialize the virtual realm. The system sounds like the meet-ups of a science fiction novel like Ready, Player One. Four friends can be logged into Facebook accounts and can join a hangout space. There, they can chat with each other, watch videos, make calls or take virtual selfies. While the avatars used are about as cartoonish as Wii's Miis, it's a step toward using avatars for new shared experiences.

Space isn't too intimidating or high-tech as to dissuade the masses from using it. It very much uses the futuristic technology to enhance the present. Oculus's advertising, however, very much felt like propelling the future forward by making its interactions feel overtly high-tech. 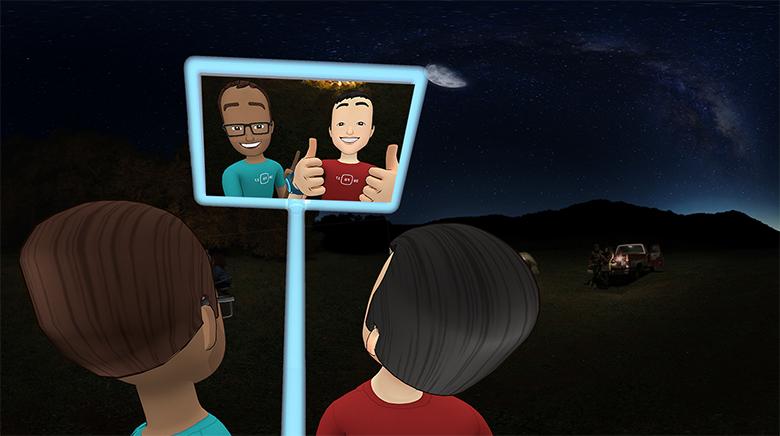 One of the best parts about Space is that it's only the beginning for Facebook's VR platforms. In an interview with Tech Crunch, product manager Mike Booth said: "We eventually want to be on all the VR platforms." However, this won't quite transfer over to smartphone VR systems. But don't worry, Facebook made Facebook 360 for those until they figure out what to do with Spaces. 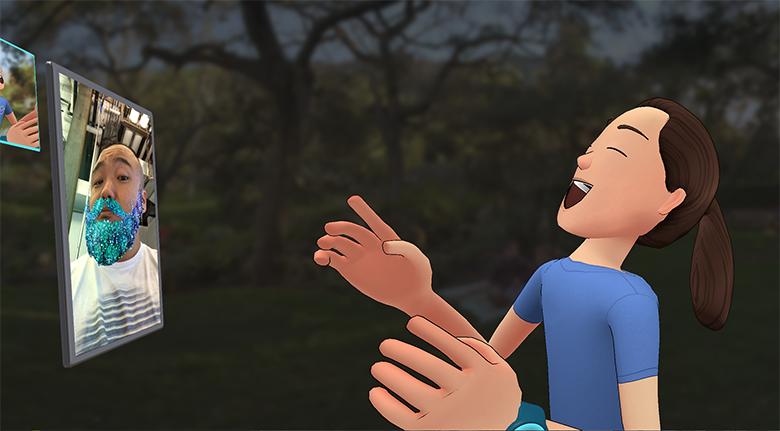 When Facebook bought Oculus in 2014, a lot of people were wondering why they paid the $2 billion price tag for a system they might not necessarily use immediately. At the time, Mark Zuckerberg noted that VR could be "the most social platform ever," but no one understood what that meant until now. Rachel Rubin Franklin who champions Facebook's social VR program likened Spaces to a dinner party rather than some vast imaginative land.

"These are your Facebook friends," she said in an interview with Wired. "That changes what you do in Spaces significantly, because you’ve already established a relationship."

Most people understood that VR avatars provided a level of anonymity. How will that understanding evolve as the oversharing on social media blends with this virtual social space?

You can download Spaces in Beta form from the Oculus store.

SEE ALSO: Facebook is Testing a Thumbs Down Dislike Button for Messenger