Facebook's much anticipated 'Find Wi-Fi' feature just got released to everyone using its mobile app. Just click on ‘More’ and enable 'Find Wi-Fi'. You’ll then be able to see nearby Wi-Fi locations as a list or on a map. The 'Find Wi-Fi' feature is super helpful if you are looking for a coffee shop to work from or if you have limited data and need to connect with friends or check emails.

The featured Wi-Fi hotspots are generated from businesses or locations that have a Facebook profile and indicate they have free Wi-Fi. So the list you are presented with might not be factually correct but it definitely gives you a place to start from. It is worth noting that Facebook automatically enables the Location History Tracker when using the feature and will record in each place if you use that Wi-Fi hotspot to log in to Facebook. Thus being able to target you with ads and build up your profile. 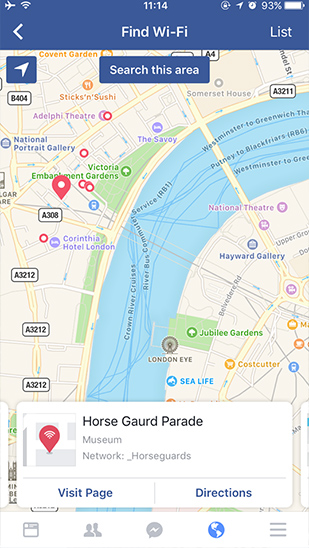 Facebook wants you to have a good Wi-Fi connection, so you can keep posting and scrolling as you move about. They are also determinedly pushing their Facebook Live feature that needs a really strong connection to get good results. So it makes sense that Facebook wants to keep you informed about the best Wi-Fi spots around you at all time. It also doesn’t hurt if they can gain some extra data on you at the same time.

The same technology for the Find Wi-Fi feature is being used by the company’s side project, Internet.org. Facebook is investing heavily in the project which it explains as a “Facebook-led initiative with the goal of bringing internet access and the benefits of connectivity to the portion of the world that doesn‘t have them.” The project is pitched with a humanitarian bent asking us to “Imagine the difference an accurate weather report could make for a farmer planting crops, or the power of an encyclopedia for a child without textbooks. Now, imagine what they could contribute when the world can hear their voices. The more we connect, the better it gets.”

Facebook is developing a solar-powered drone that can bring internet connectivity to otherwise inaccessible areas. The drone called Aquila recently completed its second functional test flight. It can reach heights up to 65,000 feet in the air and has a wingspan of 141 feet. Built from carbon fiber, it is hoped the drone will be able to stay flying without maintenance and fuel stops for months at a time. This will enable it to use lasers to convert ground signals into Internet access. The second flight was a huge success for the company after the drone crashed and was damaged during its inaugural flight in 2016. 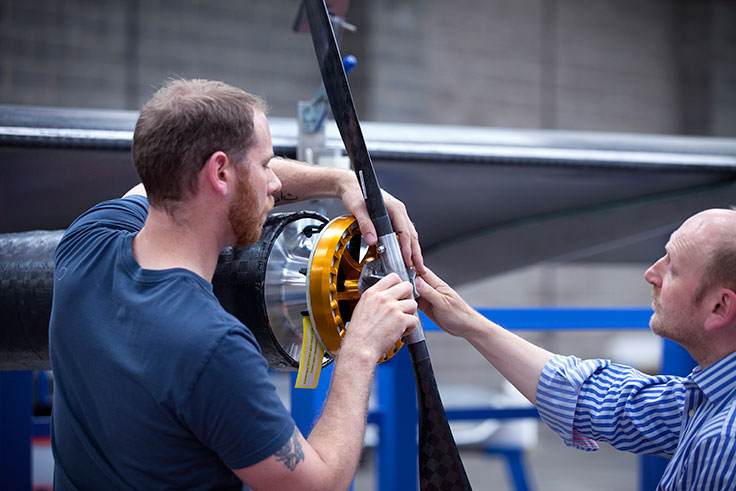 The drone technology is a crucial part of Facebook's Internet.org project. Facebook understands it needs more than just a drone to bring Wi-Fi to the world's 7 billion plus population.

It is also developing technologies like Terragraph, a multi-node wireless system that can enhance internet connectivity and the Tether-tenna. This device is a small helicopter "tethered to a fiber line" which will instantly provide internet infrastructure for use in areas affected by natural disasters or power shortages. Keeping everyone connected even when more permanent wireless sources are down.