Although gearbox failure is indeed a persistent problem in the wind sector, understanding of these issues is improving all the time, and with it the reliability of wind turbines.

Wind turbine maintenance can cover a wide variety of activities but one of the major issues concerns repair or replacement of wind turbine gearboxes, which often fail prematurely before they have completed their 20-year lifespan. Some wind projects experience failure rates of up to 50 percent within the space of a few years. This, in turn, increases costs through increased downtime, increased maintenance and gearbox rebuilding and replacement.

One of the reasons for this is the fact that the industry is so new compared to other industries, but it might also be down to the pace of wind turbine development with ever larger designs coming on to the market. Poor understanding of turbine loads is another factor as is an emerging issue with axial cracking in turbine bearings.

In 2007, the National Renewable Energy Laboratory (NREL) established its NREL Gearbox Reliability Collaborative in order to assess why gearbox failures occur and how to address the problem. Sandia National Laboratories in Albuquerque are also looking at this issue. The result of this has been a greater willingness to share the resulting data with the general public, whereas previously the industry was somewhat reluctant to do so. The advantage of doing so is that it enables the industry to explain to the public what it is doing to help drive down the cost of wind power.

For example, in previous years, large-scale testing was expensive, so original equipment manufacturers (OEMs) tended to conduct short tests instead, and not many of them at that. However, testing is now more extensive, generally taking place on large testing stands, and therefore also more rigorous. 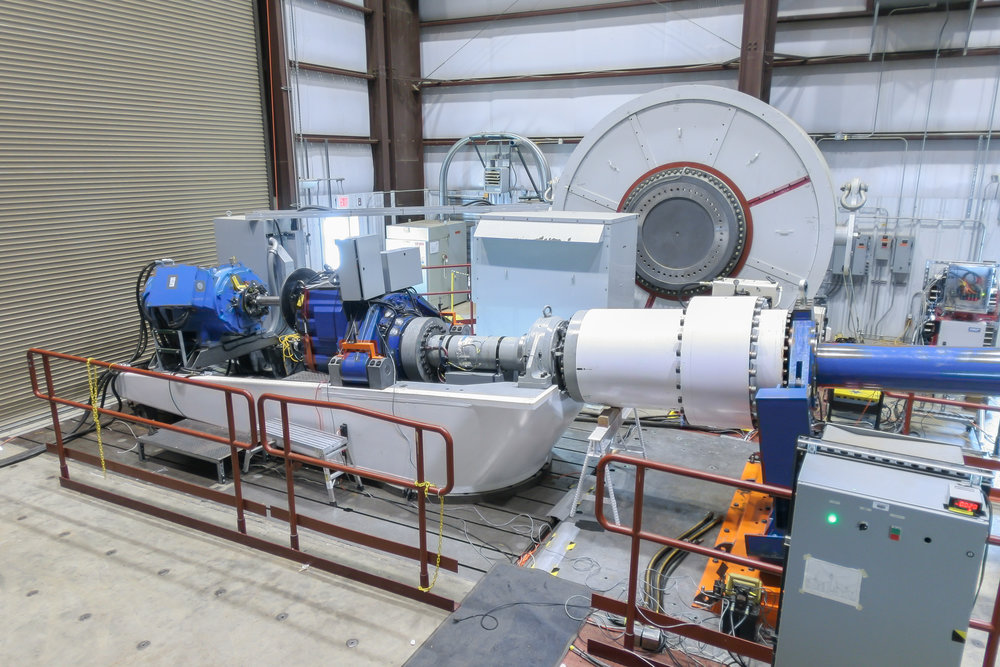 Knowledge of how wind turbine gearboxes respond to loads is now greatly improved, often thanks to design software developed by companies such as Romax Technology, based in Troy, Michigan, which has produced a software package called Romax Wind. Equipped with such software, engineers are much more able to accurately assess the stresses imposed on gears and bearings and this means they are much better placed to be able to develop more resilient wind turbines.

For example, it is now becoming fairly clear that the majority of wind turbine gearbox failures, accounting for 76 percent of failures, is due to failures in bearings, although this isn’t the only issue of course. Axial cracking in bearings is one of the major causes of such failure.

Aside from axial cracking in bearings, contamination of lubricants with sharp particles can lead to failure through pitting of bearing rollers. It begins as micropitting, also known as grey staining or frosting because of the color caused by the presence of microscopic cracks which are generally too small to be visible in themselves but collectively cause a surface to adopt a grey color. The roller surface then weakens resulting in a loss of precision tolerance. The contaminants are usually materials such as sand, rust, chips from machining, grinding dust and splatter and debris caused by wear. Unfortunately, most of these particles cannot be filtered out of the lubricant. 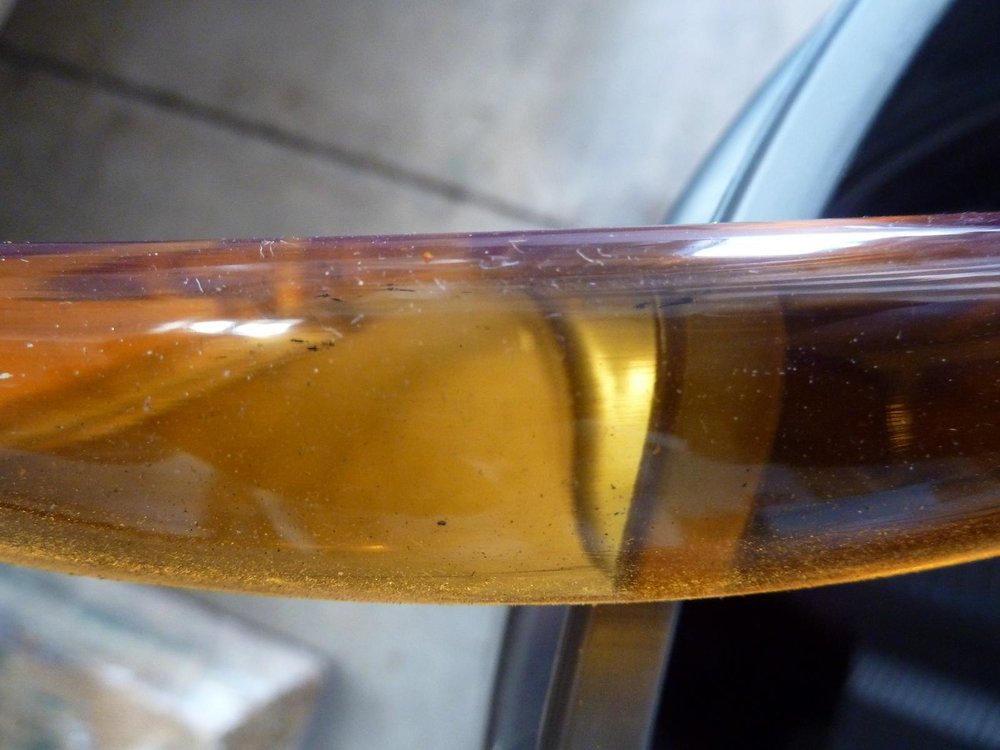 The dark spots are contaminants in oil [Image Source: NREL]

High-speed gearboxes often suffer high failure rates. Engineers tended to install them in wind turbines because this enabled them to also install small generators, thereby lowering the upfront cost. The trend is now moving more towards the installation of medium-speed gearboxes. These have fewer gears and bearings and are therefore much more reliable, but they are also more expensive. Nevertheless, medium-speed gearboxes could increase the number of turbines in operation at any one time, thereby increasing the amount of clean energy generated and creating thousands of jobs in design, manufacture and operation.

Many gearboxes fail due to grinding tempering. This occurs when the temperature of a part of the gear exceeds the tempering temperature of the steel of which it is made. This, in turn, reduces its hardness and thus its strength. To counter this, OEMs are requiring their suppliers to check gears for grind temper. A process called nital etching can be used to identify the differences in microstructure in components thereby enabling the identification of areas damaged by machining or grinding burn. If such areas do not cool properly, they can overheat. They will appear darker under the nital etch test than undamaged areas.

The inclusion of a foreign particle in a gear causes increased stress. If it is large enough and close enough to an active contact surface it will cause the gear to fail prematurely. The remedy for this is non-destructive testing such as phased-array ultrasonic testing which is helping to reduce the number of ‘inclusions’ and thus the number of gear failures.

Coming back to that problem of axial cracking mentioned earlier, this is a regular cause of turbine gearbox failure. Axial cracking in bearings usually occurs in the form of long cracks on the inner ring of a bearing. It is sometimes called ‘white-etch cracking’ because of the irregular white areas that appear on bearing surfaces when they are chemically etched and examined using micrographs. It is a problem that plagues the gearboxes of all manufacturers and cylindrical roller bearings are particularly vulnerable. Heat treatment during manufacture can exacerbate the problem in that non-uniform cooling can cause localized stresses leading to cracking. A particular form of heat treatment known as case carburization can help to reduce the occurrence of axial cracking in bearings. This involves the component being placed in a carbon-atmosphere furnace, followed by quenching and tempering, delivering a toughened low-carbon core and a hard high-carbon shell. 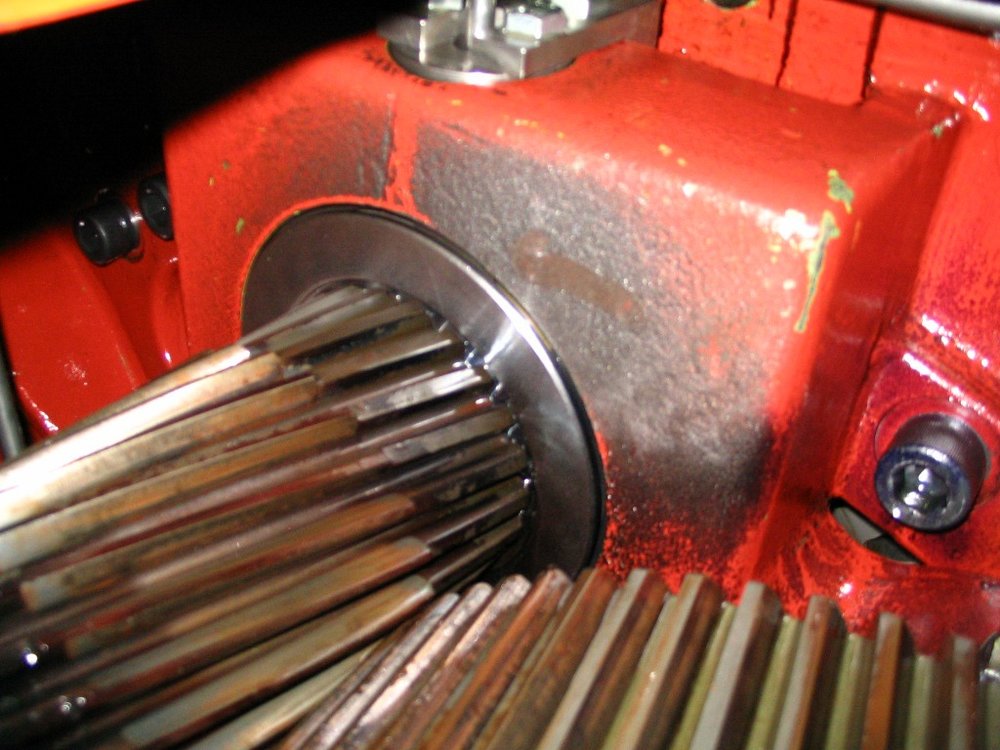 Cracking can also occur due to the unequal transformation of austenite to martensite. Martensite is a very hard form of steel. A martensitic transformation occurs when cooling specific metals and often when austenite is cooled to room temperature. Austenite is an allotrope of iron, allotropy being the property of some chemical elements to exist in two or more different forms in the same physical state. For example, the allotropes of carbon include diamond, graphite, graphene, and fullerene. In addition to austenite, two other allotropes of iron are alpha iron (ferrite) and delta iron. Austenite is also known as gamma iron. If the transformation of austenite to martensite isn’t uniform, it can cause different rates of cooling, in turn leading to growth, shrinkage and twisting distortions causing cracking.

Axial cracking still isn’t fully understood, but another solution, in addition to case carburization heat treatment, could be black oxide coating on bearings. This could improve the structural properties of the steel used to make bearings while also driving out hydrogen. This is important because hydrogen can cause steel to become brittle. Sources of hydrogen can include gearbox oil, moisture in oil and various oil additives. Another source may be electrostatic discharge from the electrical or lubrication systems which may extract hydrogen from water and oil in the gearbox.

Although gearbox failure is indeed a persistent problem in the wind sector, understanding of these issues is improving all the time, and with it the reliability of wind turbines.