Fake It To Make It With Piano Genie

Piano Genie, developed by Google's Magenta, is an attempt to make you feel like Bach.

Piano Genie is a program that lets you, supposedly, feel like the great composers of the past like Beethoven or Bach. Utilizing some clever machine learning, this Piano app will either predict your next note or defy you, depending on what it 'thinks' is best.

SEE ALSO: MUSICIAN CREATES A PIANO FROM CHOPSTICKS AND WIRE

Users can use an 8-button input on their keyboards to play a virtual piano. According to the official website:-

"Use the 1-8 [number] keys on your keyboard (or the home row a-f and j-;) or touch the [colored] blocks to play the piano. Use the space bar to control the sustain pedal. The more you pretend you're a real player, the better the melody (and you!) will sound."

Sounds great right? Or is it cheating?

Is it easy to learn piano?

Learning to play the piano is a literal labor of love. Most players need to invest around 10 to 15 years to be able to play something like Rachmaninoff’s Piano Concerto #3.

But for simple pieces, like "Hot Cross Buns", you should be able to pick that up pretty quickly. It really depends on how competent you want to be in the long run, and how much time you are willing to invest.

As for whether learning the piano is easy, this is a sort of "how long is a piece of string?" sort of question. It all depends on your dedication and desire to learn a new skill.

There are some who believe learning the piano is easier than, say, the guitar, but that will depend on you. Piano playing tends to revolve around repeated patterns, but developing the dexterity (and hand, foot, and eye coordination) needed for more advanced pieces can take considerable practice.

But, if you really want to, learning to play the piano is one of the most rewarding hobbies out there.

How does Piano Genie help with learning to play the Piano?

Piano Genie makes heavy use of machine learning developed by Google's Magenta project. It uses an AI program to help you improvise piano pieces by simply bashing away at buttons.

The team makes make no apologies for their direct influence by games like Guitar Hero for developing the program. But, they didn't want players to just tap along to a pre-set pattern. 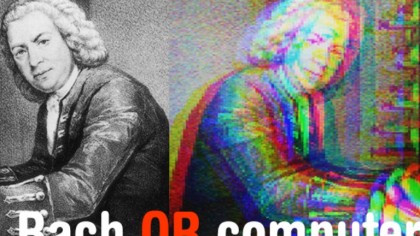 Instead, they envisaged creating something that would let novices compose a coherent piano piece on the fly. To make this possible, the developers trained an AI program with a huge dataset of classical music.

They also enabled it to be able to predict notes that follow each other in a similar fashion to autocorrect on your phone.

“I really wanted to design a tool that we could give to someone who doesn’t know how to play, and they’d be able to create music with some kind of intention,” said Chris Donahue, an intern at Google Magenta, told The Verge in an interview.

This is what makes Piano Genie unique. Instead of an AI creating musical pieces from scratch, it works with the player to collaborate in the project. It, in effect, attempts to improvise note by note as a human player might do.

The biggest obstacle to overcome was to reduce the latency to such an extent that it could predict, well suggest, the next note in real-time. But also create the feeling that the player had been playing for a long time.

“When you’re playing it, it’s this really awesome experience where, occasionally, it will feel like it’s sort of reading your mind and play the exact note you’re intending to,” Donahue said. “And then other times, it will completely disobey you but still do something reasonable.”

Despite this, a program like Piano Genie is no substitute for actually putting in the hard work yourself. After all, autocorrect often produces results far from what the user intended.

If you want to give it a test drive, you can check it out for yourself here. But, just like Guitar Hero, playing a virtual game cannot possibly simulate the real-life experience of becoming competent at a real-life task like playing the piano.

The raw, visceral sound a piano produces is a very different experience from the digitized sound of a synthesizer like Piano Genie.  But that is the author's personal opinion, you can make your own mind up.