Everyone likes the idea of a hoverboard, which was made famous by Marty McFly in Back to the Future movies. However up to now we haven’t managed to see the tech arrive. There is the Hendo magnetic hoverboard of course but this can only be used on a special surface. Things may be about to change though as an inventor from Canada has designed a propeller based hoverboard and set a new world record. 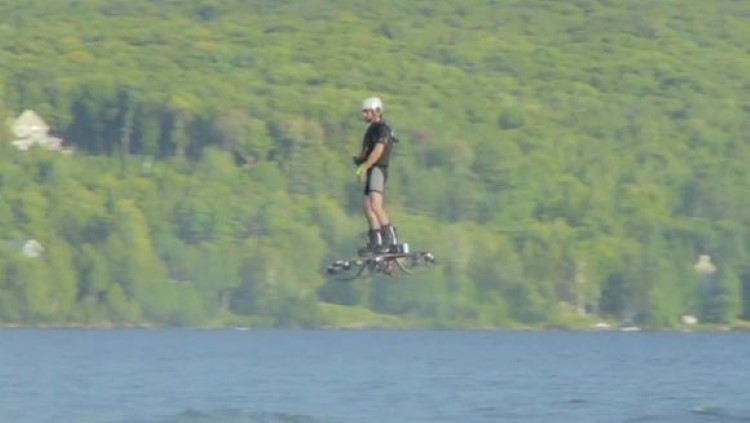 Alexandru Duru has managed to travel 275.9 metres on the hoverboard he designed over a period of 12 months. He said that he wanted to showcase the fact that stable flight could be achieved upon a hoverboard by a human controlling it with their feet. The Guinness World Records has recognised the world record feat which he managed to set in Quebec on Lake Ouareau last year.

Duru needed to travel on the hoverboard over a distance of 50 metres in order to take the title and he managed to achieve this five times over. Duru managed to reach a height of as much a 5 metres before he eventually landed in the water.