The Fascinating Engineering of the Olympic Class Ships

You probably know about the Titanic, but it was actually just one in a trio of state of the art ocean liners back in the day. The Olympic class ships were built by the Harland & Wolff shipyard for the White Star Line, including the Olympic, Brittanic, and Titanic. What you may not now is that the Titanic wasn't even the flagship of this class, in fact, the Olympic launched first, and it also got into a wreck before the Titanic as well. All in all, the Olympic class ships were marvels of maritime engineering, but they seemed cursed to suffer unfortunate fates. Learn a little more about them in the video below.

The Olympic launched in 1910, followed by the Titanic in 1911, and lastly by the Brittanic in 1914. The ships had 9 decks, and White Star Line decided to focus on making them the most luxurious ships on the water at the time. Each ship had a 3 propeller design, 2 outboard that operated in tight waters, and one main 4 bladed propeller used for open seas.

Stretching 269.13 meters, the Olympic class ships were marvels of engineering, and everyone thought that they would continue on to be flagships of the seas for quite some time. However, all suffered catastrophic collisions in their times on the open seas, and the Olympic was the only one to survive and maintain a successful career. The Titanic was the first to sink after famously hitting an iceberg in 1912. Following this disaster, the Brittanic hit a naval mine in 1916 and subsequently sank as well.

Each ship was coal powered, featuring many boilers constantly kept running by overheated crews below deck. Most recognizable of the ship designs are the smoke stacks, but the fourth stack was actually just aesthetic in nature and served no functional purpose. While two of these ships sank, they were all designed with double hulls believed to make them "unsinkable," perhaps a misconception that led to the Titanic's and Brittanic's demise. 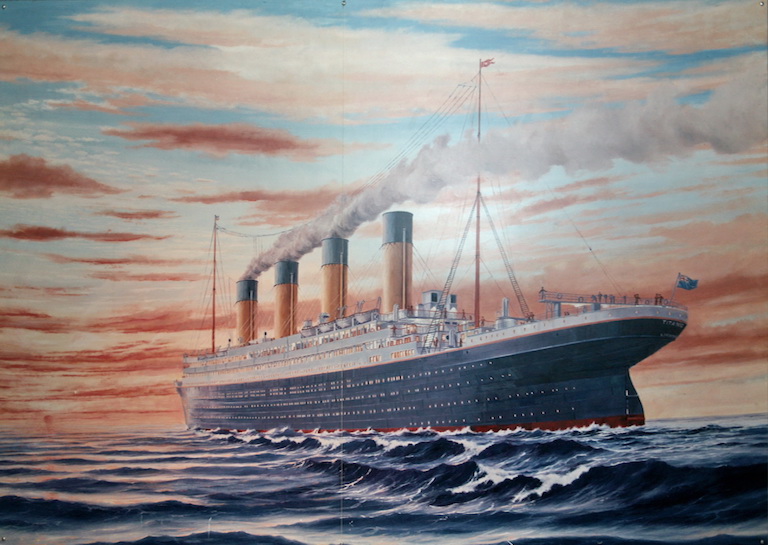 The Olympic suffered two collisions with other ships in her time, but went on to serve as a hospital ship and troop transport in WWI. Eventually, she was taken out of service in 1935, ending the reign of the luxurious Olympic Class ocean liners.

SEE ALSO: Exact Replica of The Titanic Sets Sail in 2018