Fascinating Pictures of Storms and Skies

Christiaan van Heijst, a young pilot from the Netherlands, gets the perfect bird's eye view of stunning weather.

Van Heijst and his friend Daan Krans run a photography company specializing in pictures taken strictly from the flight deck. The result of their excursions are enchanting photos from across the world. 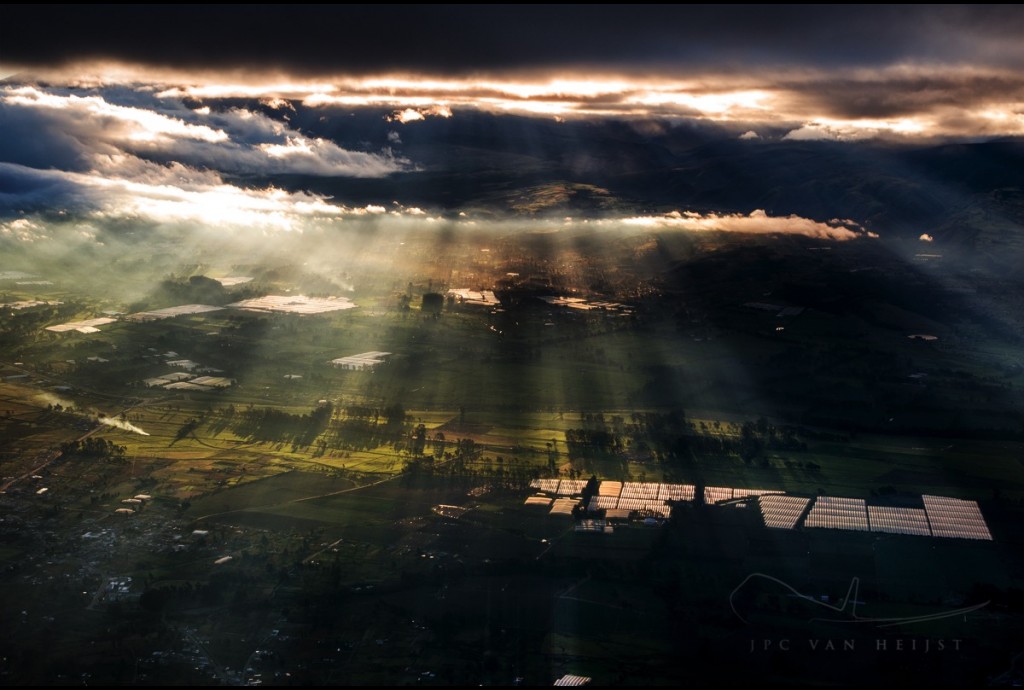 [Image Source: Van Heijst]
The sun breaking through the clouds in Latacunga, Ecuador

"From an early age on I have found great joy in capturing the beauty of natural light in all its forms. Later on, I combined that with flying and a new passion emerged." 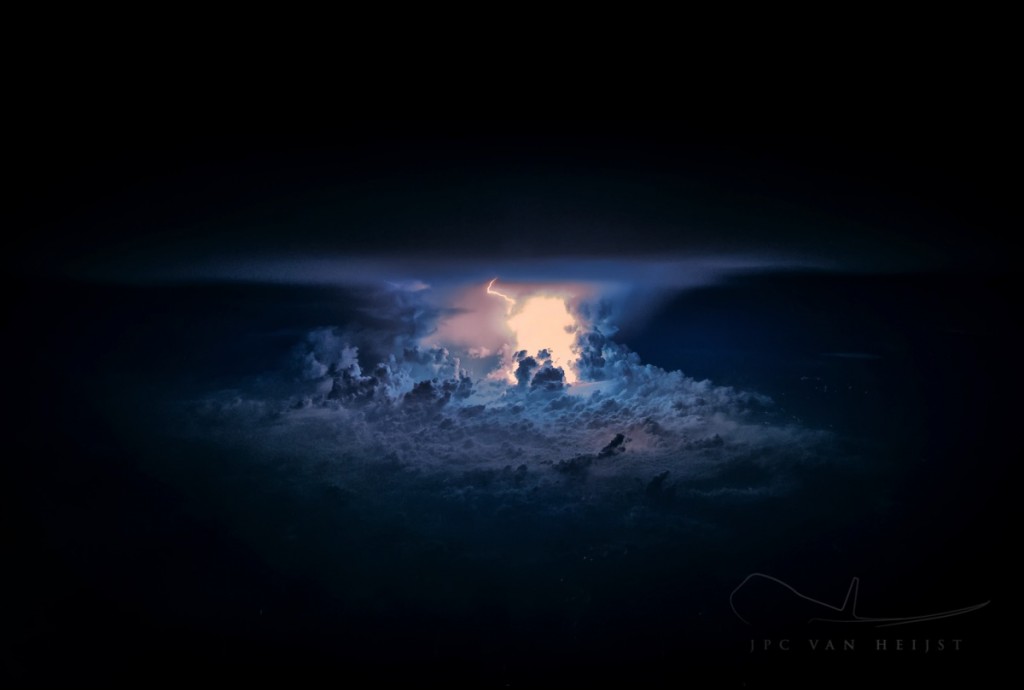 The pictures taken by Van Heijst seem at times too magnificent to be real. 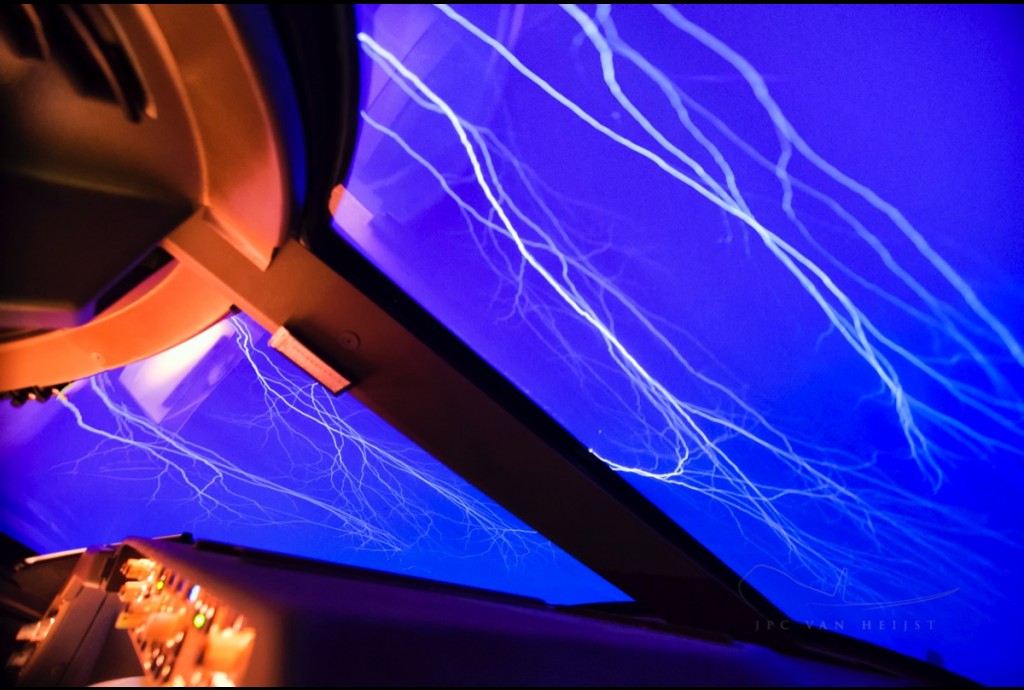 As a 747 pilot, van Heijst encounters many heavy storms and cloud islands.He reflects on these moments through his photography. 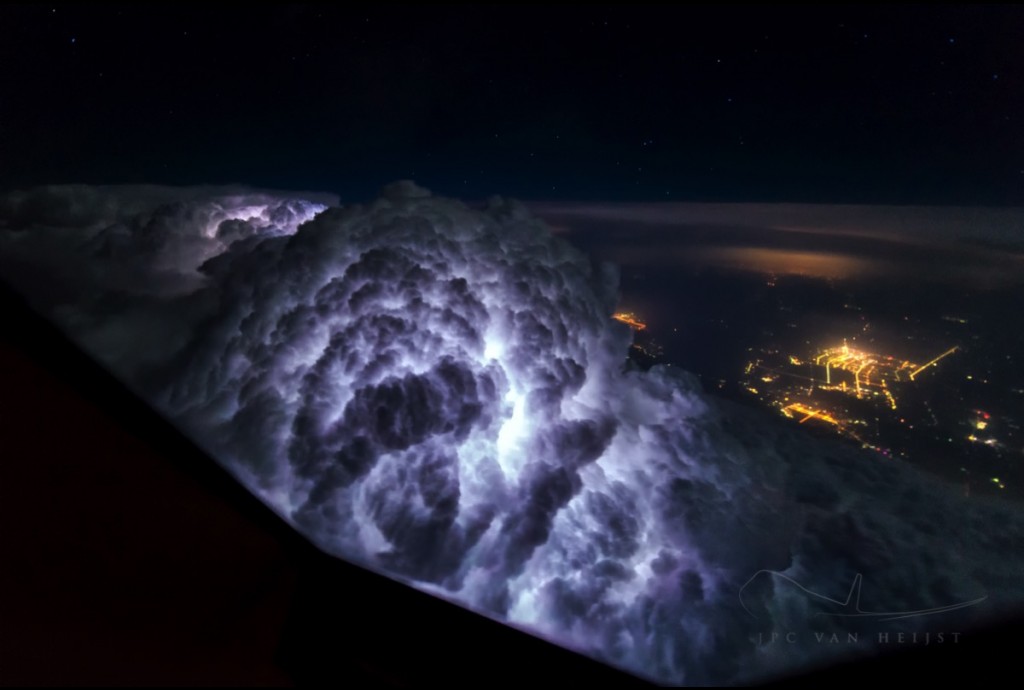 "Flying somewhere between Beijing and Shanghai, we encountered a very active weather front with beautiful and very active thunderstorms. The cloud here seen on our left started to appear on our weather radar only a few minutes before and started to show off an amazing display of lightning that grew ever more intense. When we got closer, we saw that the cloud was going to burst through our flight path and we had to deviate up to 10km to avoid flying into this cell. Growing with a speed of up to 5000/6000ft per minute (1,5-2km per minute) straight up into the air, this was certainly a hazard to our airplane if we didn't fly around her." 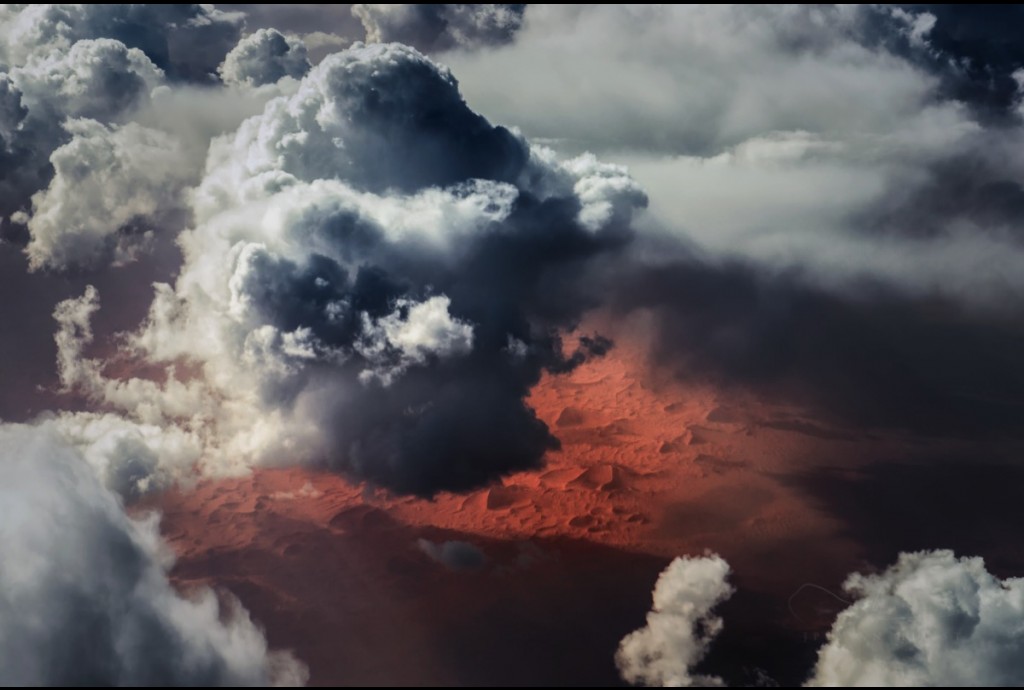 The 33-year-old Van Heijst currently serves as the Senior First Officer on the Boeing 747-8 and -400 Freighter for Cargolux, a popular European, all-cargo airline.

Thunderstorms from the flight deck 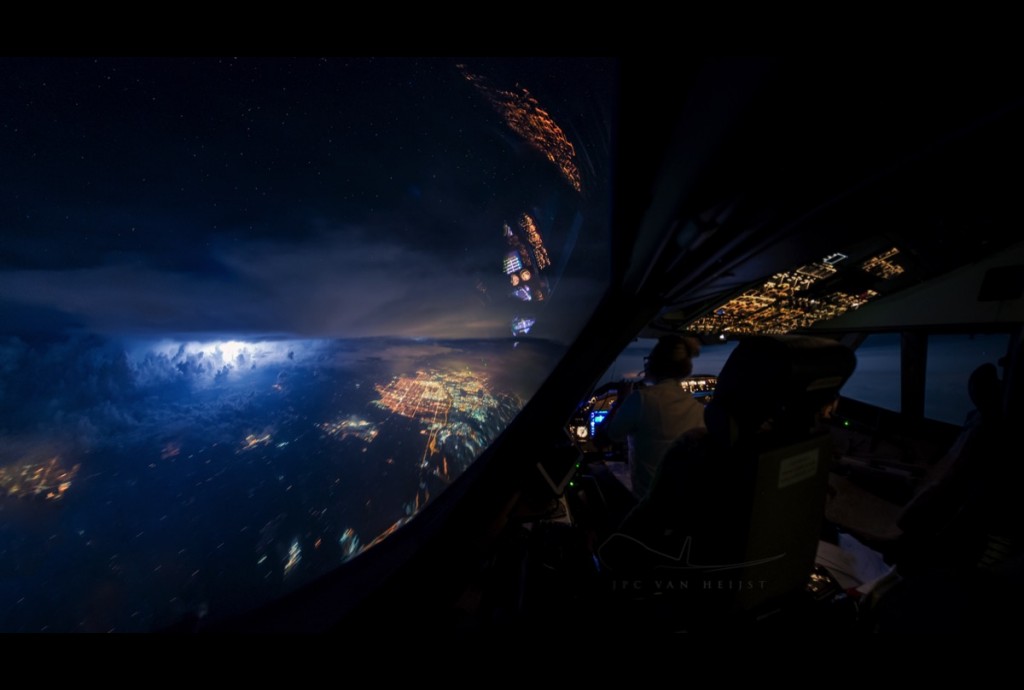 "Flying over the city of Toronto from Chicago to Amsterdam. View over the heavy thunderstorms that passes by our windows. A flight that brought us thunderstorms, shooting stars, moonlight, wonderful views and even some faint Northern Lights to finish it off." 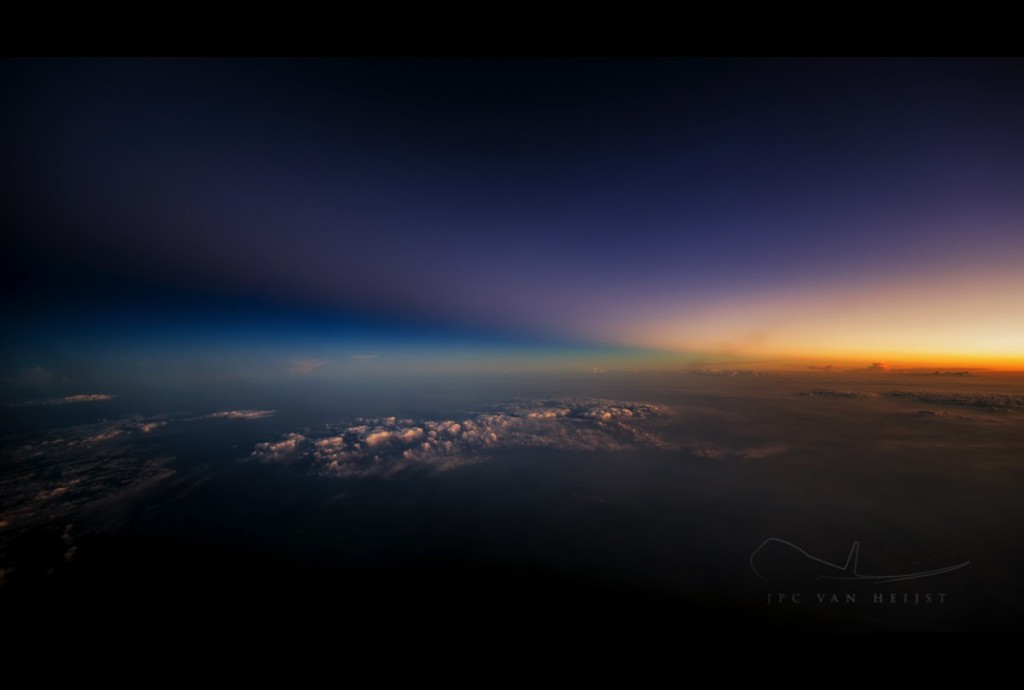 [Image Source: Van Heijst]
"While the sun is setting, the earth is creating her own shadow in the upper atmosphere, called the Terminator"

This pilot/photographer has been recognized in magazines like National Geographic and Travel. 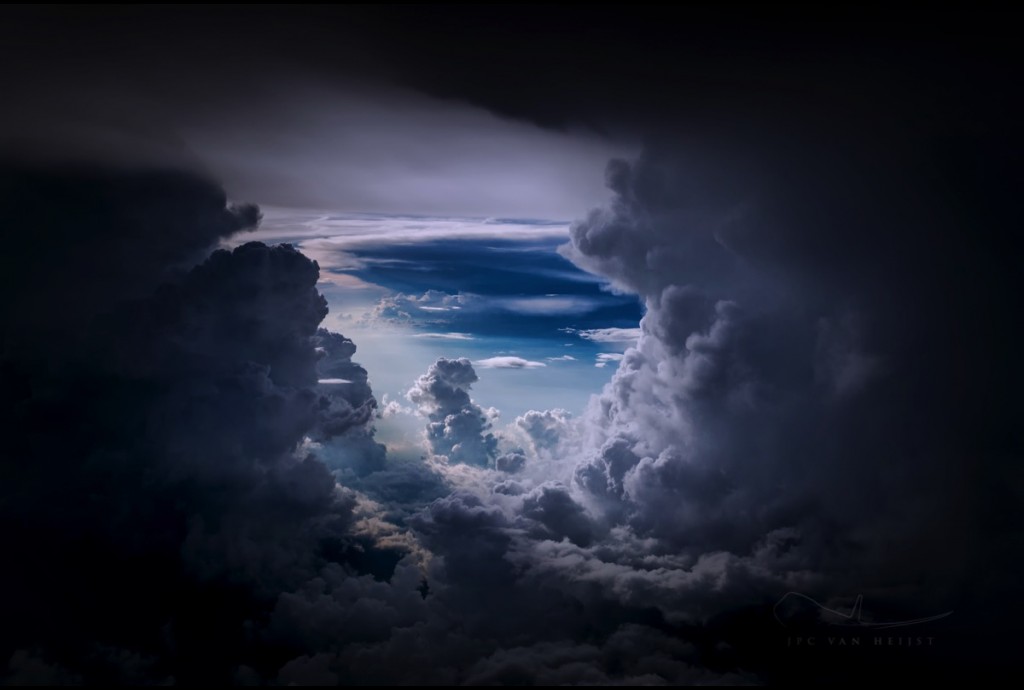 To see more of his pictures, visit his website here.