The fastest electric cars in the world 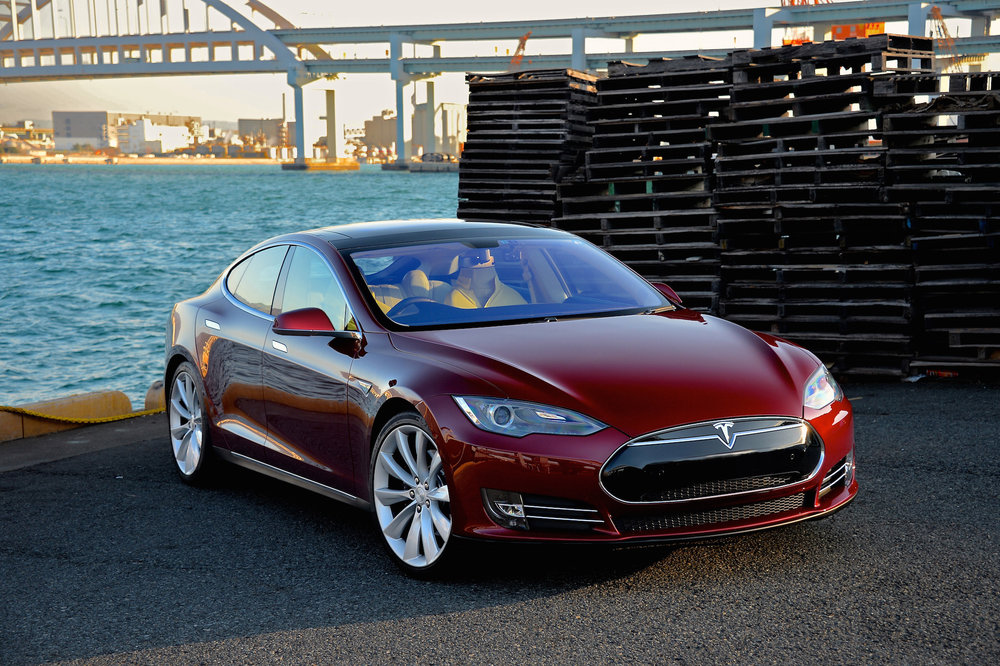 For those who have never owned a Tesla Model S and don’t really know that much about it, you might be amused to know that the well-known electric car has something called a ‘Ludicrous Mode’. This gives the P90D variant (the ‘90’ refers to the kilowatt hour battery pack) the equivalent of 762 horsepower with a 0-60 mph acceleration time of 2.8 seconds, or so the company claims.

The Ludicrous Mode was intended to be an improvement of the ‘Insane Mode’ of the P85D, the P90D’s predecessor. The P85D couldn’t get through the 3-second barrier without risking a fuse meltdown, so the P90D incorporated an upgrade that slaps $10,000 on to the price.

Ludicrous is kicked into gear, so to speak, by merely swiping a switch on the car’s touchscreen, which is a massive thing that dominates its dashboard and controls most of the vehicle settings. However, you then have to find a place where you can legally increase the speed. Matthew DeBord, reviewing the car for TechInsider, chose the Henry Hudson Parkway and was pleased to find that the car actually does deliver what it claims. He describes the feeling of Ludicrous Mode as the sensation that you could perhaps, if you kept your foot to the floor, quickly go into Warp factor 10.

Unlike the Model S, top speed has been a bit of a problem for many electric vehicles, the reason being that although the instant torque helps an EV go like a rocket initially, it is also heavy on the electric.

But now there’s a new kid on the block, in the form of the Genovation eXtreme Electric (GXE). This used to be a 2006 Chevrolet Corvette Z06 before Genovation got its hands on it. The result was a car that could get up to 186.8 mph during testing at the Johnny Bohmer Proving Grounds Shuttle Landing Facility in Florida, certified by the International Mile Racing Association and earning the GXE the title of “Top Speed Street Legal Electric Car.” The vehicle’s light body incorporates an innovative powertrain that delivers over 700 hp and 600 pounds of torque. It has also a normal driving range of 130 miles before needing a recharge.

So speed freaks, apart from the Model S and the GXE, what else is out there, in terms of ‘green cars’ that can go like “a bat out of hell when the morning comes”, without even a drop of fossil fuel? Here are some suggestions:

The Detroit Electric Sp:01 is a limited edition model two-seat pure-electric sports car that has just become available this year after some production delays. Based on the Lotus Elise, the company claims it will be the world’s fastest pure-electric two-seat sports car. It first appeared at the Shanghai Motor Show in 2013 and can go from 0-62 mph (0-100 km/h) in 3.7 seconds with a top speed of 155 mph. It incorporates a mid-mounted 210 kilowatt electric motor, a lightweight, purpose-designed lithium ion battery pack and carbon-fiber bodywork. The vehicle's range is around 180 miles and a full charge takes about four hours. 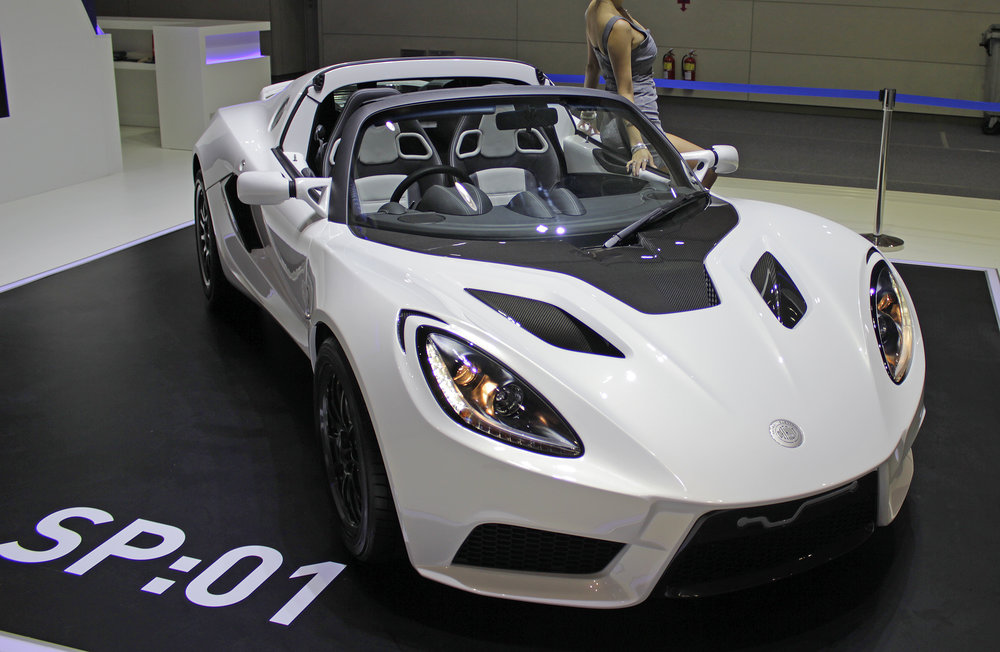 The Rimac Concept One has an acceleration of 0-62 mph in 2.8 seconds and is manufactured by Croatian company Rimac Automobili. It will debut at the Geneva Motor Show this year and has a top speed of 221 mph with 1,073 bhp from four oil-cooled electric motors mounted on each corner of the vehicle. The company claims an impressive torque of 1,600 Nm. Originally appearing at the 2011 Frankfurt Motor Show, eight cars have been built so far, six of which have been sold with a price tag of £676,000.

Shelby SuperCars (SSC North America) manufactured a car called the Aero EV between 2006 and 2013, with a special production model coming out in its last year. This vehicle, an electric variant of the conventional Aero, can achieve 0-60 in 2.5 seconds and speeds above 200 mph. Apparently, ten minutes of fast-charging is enough to deliver a range of between 150 and 200 miles.

The BMW i3 is an electric city car with a top speed of 100 mph and an acceleration of 0-60 in 7.2 seconds, so it is fairly fast as far as EVs for ordinary everyday driving in urban areas goes. The only trouble is, it can take 3-4 hours to charge. 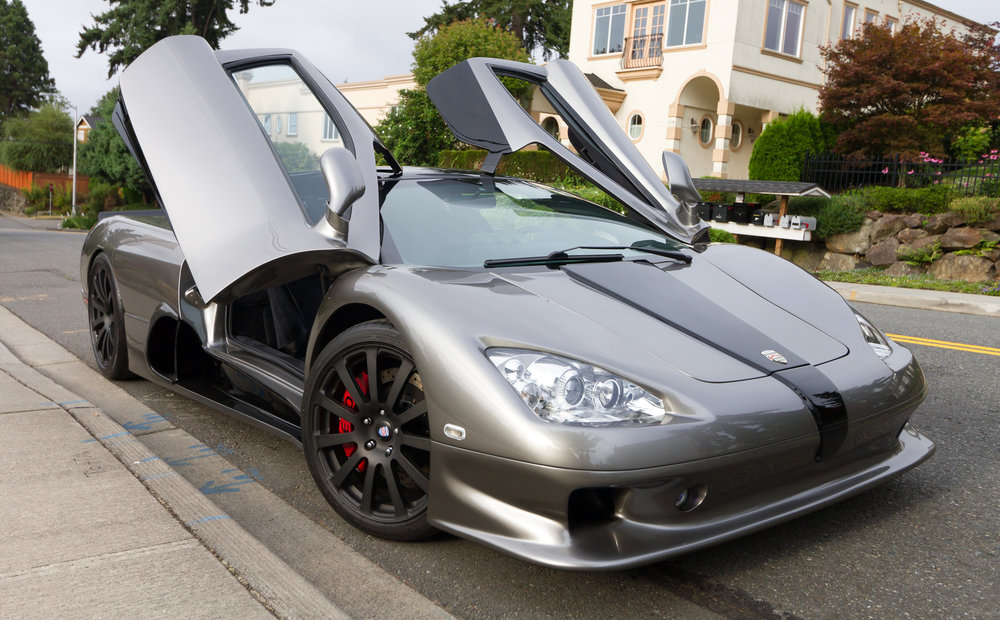 The Tesla Roadster Sport was produced from 2008 to 2012, but a replacement for the vehicle is expected in 2019. Over the production life of the model, Tesla sold around 2,450 vehicles in over 30 countries with the last of them being sold in Europe and Asia in 2012. It was the first production EV to use lithium ion batteries and the first with a range of 200 miles (320 km) per charge. It can accelerate 0-60 in 3.7 seconds and has a top speed of 125 mph (201 km/h). The Sport version of the Roadster became available in 2009 but the range was phased out as Tesla focused on development of the Model S. With the Roadster Sport replacement due in 2019, Tesla intends to improve on the Model S Ludicrous Mode, which means that the new Sport will be the fastest production EV to 60 mph. The vehicle will benefit from the experience gained from development of the Model S in other ways, with a new battery delivering 31 percent more energy than the cells in the original Roadster. A new aero kit will improve the vehicle’s coefficient to 0.31 and new tires will be fitted that have less rolling resistance. Improvements in the wheel bearings and residual brake drag will further reduce rolling resistance while Tesla claims that it will have a range in excess of 400 miles on a single charge.

In general, experimental electric cars have consistently achieved sustained speeds of more than 180 miles per hour and achieved world speed records above 300 mph. They are far better in terms of efficiency and torque over gas-powered cars and yes, drivers of EVs do want speedy vehicles alongside stables like the Nissan LEAF. If you doubt that, just ask this guy.

15 Futuristic Cars We Cannot Wait to See on the Road