The new microscope can capture images at the atomic level at rates never seen before.

The Department of Energy's Lawrence Berkeley National Laboratory has developed a new electron detector that is the fastest yet. The advanced microscope can capture images at the atomic level at speeds never witnessed before.

"It is the fastest electron detector ever made,” said Andrew Minor, NCEM facility director at the Molecular Foundry.

“It opens up a new time regime to explore with high-resolution microscopy. No one has ever taken continuous movies at this time resolution.”

The researchers have named the new device “4D Camera” for Dynamic Diffraction Direct Detector. The microscope is uniquely equipped to find defects at the atomic level.

“What happens there? There are all kinds of dynamics that might happen. We just don’t know because we’ve never been able to look at them before," added Minor. 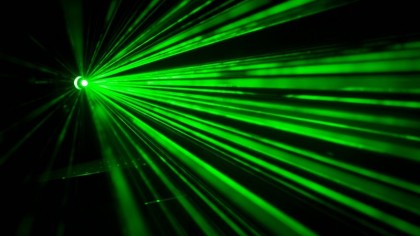 The novel device can record images on the atomic scale 60 times faster than any existing detector, allowing scientists to film entire movies of experiments. It also provides an impressive 4TB per minute of data.

"The amount of data is equivalent to watching about 60,000 HD movies simultaneously," said Peter Ercius, a staff scientist at the Molecular Foundry, part of the Berkeley Lab.

4D Camera also boasts a unique geometry that lends itself to the study of both light and heavyweight elements in materials side by side.

Now, the researchers are seeking to build a system that could handle the massive amount of data produced by the detector. More specifically they are looking for the missing piece that lies between the advanced microscope and their supercomputer.

“We actually already have a system capable of doing that. What we really needed to do is to build a network between the microscope and the supercomputer," said Brent Draney, a networking architect at Berkeley Lab’s NERSC.

Once that project is completed, the supercomputer will be able to analyze the vast stream of data in only seconds.

“The supercomputer will analyze the data in about 20 seconds in order to provide rapid feedback to the scientists at the microscope to tell if the experiment was successful or not," said Ercius.

The potential applications of this advancement are vast. One such area lies in determining what happens at the smallest scales in batteries and microchips. Since the electron microscope can find defects at the atomic level, it could help prevent damage.

“We’ll actually capture every electron that comes through the sample as it’s scattered. Through this really large data set we’ll be able to perform ‘virtual’ experiments on the sample – we won’t have to go back and take new data from different imaging conditions," explained Jim Ciston, another Molecular Foundry staff scientist.

World's Largest Neutrino Detector, Hyper-K, Has Been Given The Go-Ahead