A father had a hard time getting ahold of his teen via text, so he created an app to fix the problem.

Teens are not the easiest people to get ahold of if you are a parent. And, as a teen who wants to talk to a parent? Yet, we have all been there. You are fourteen years old and your parent texts or calls you and you hit ignore.

A father from the United Kingdom has created an application to help you tackle this age-old issue.

Nick Herbert was having trouble getting ahold of his son. So rather than keeping pushing his son to respond, Herbert created a smartphone app.

Connecting Teens with Their Parents

As mentioned on the app's website, “There are times that I need to get a message to him and he has no way of knowing that the call or text he ignores … is important or not, and I have no way of knowing if he has seen it.” 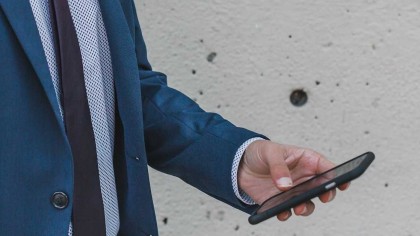 It Turns Out Cell Phones Do Give You Cancer if You Are Male, Finds Study

Called ReplyASAP, the Android application allows you to send messages to people you've connected with via the App. Once you have sent a message to your teen the message will appear on their phone, making noise until the recipient interacts with it, even if the phone is on silent.

Once the recipient has read the message the sender is notified, giving parents peace of mind or at the very least, it lets the parent know if their child is avoiding them.

"There are messaging apps that tell you when a message is delivered and seen, but the point is the message can be ignored or not seen because he didn't hear it. ReplyASAP, is my solution to this problem," says Herbert.

To create the application Herbert consulted with friends who also had the same issue as well as his own son to perfect the app and make it something that both parents and teens would use.

As stated by Herbert, "During the development process I spoke to Ben and showed him the designs and thinking behind the app and he likes the idea because he will know that if he gets one of these messages then he will always hear it and will know its important."

Currently, the application is doing well, being downloaded 75,000 times, maintaining a positive rating among users. Though the app is currently only available for Android, the app will soon be available for iOS.